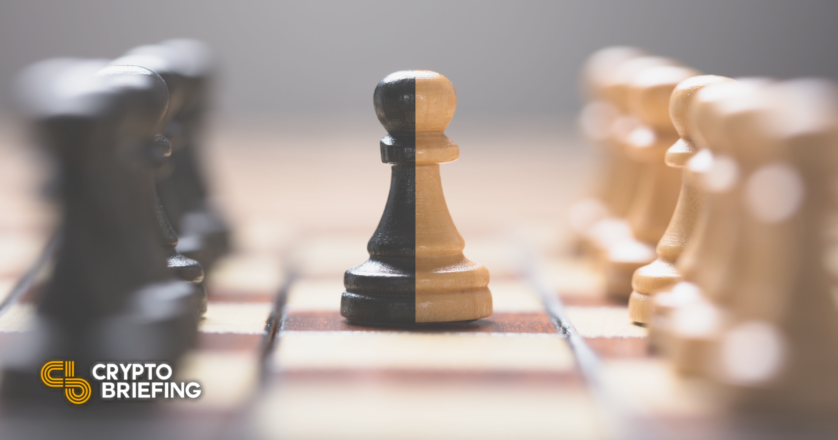 The core teams at Gnosis and xDai have announced a proposal to merge their two projects.
The proposal suggests that STAKE tokens could be exchanged for GNO at a ratio of 0.032.
Many members of the xDai community have opposed the merger agreements.

xDai and Gnosis have shared a proposal to merge their respective tokens. However, many xDai community members have expressed disapproval at the merger terms.

A new proposal to merge xDai and Gnosis has angered members of the xDai community.

On Monday, Gnosis published a new proposal to merge its project with xDai, one of Ethereum’s top sidechains.

Martin Köppelmann, the co-founder and CEO of Gnosis, revealed plans develop the xDai Blockchain under the name: Gnosis Chain. The proposal was titled GIP-16. Köppelmann also provided a possible roadmap for the transition.

As one of the leading sidechains on Ethereum, xDai currently hosts several unique dApps, including Perpetual Finance, SushiSwap, HoneySwap, Curve Finance, and POAPs. The sidechain is secured with a staking token called xDai STAKE.

The merger proposal suggests for each STAKE token to be exchangeable for 0.032 GNO upon the merger. This means that for each 100 STAKE, the holder would receive 3.2 GNO tokens. Per the proposal, the ratio was pre-determined with a 14-day time-weighted average price of both the tokens as of yesterday’s announcement.

While some supported the proposal, it was not well received by many members of the xDai community. On the xDai forum, one user called SourSuperKhingZ described the proposal as a “hostile takeover.” In the official xDai Telegram group, another called 小丑 said that it was an “unethical move” that would be detrimental to STAKE holders. The same Telegram group is filled with concerns regarding the predetermined STAKE-GNO exchange ratio, as STAKE would only be worth relatively few GNO.

Several community members claim that STAKE is undervalued compared to the GNO token given its relatively lower market cap. According to CoinGecko, STAKE’s fully diluted market cap is about $150 million, while GNO’s is closer to $5.3 billion. In addition, xDai Chain also boasts $400 million in total value locked according to its block explorer Blockscout.

Community members have also called into question the timing of the GIP-16 proposal given xDai’s upcoming hardfork. xDai plans to implement an update similar to Ethereum’s EIP-1559 proposal this Thursday. Following the implementation, a portion of the fees accrued from each transaction on xDai will be used to buy and burn STAKE. This event could lead to increased demand for STAKE and potentially drive up its value. Discussing the timing, a community member who preferred to stay anonymous told Crypto Briefing:

“Coincidentally, right before the upcoming launch of xDai’s EIP-1559, the team wants to merge its token with GNO. Instead of a ratio of 1:1, the team picked at an incredibly small ratio. The merger proposal, if passed, will give away all of the inherent value of the xDai ecosystem to GNO holders instead of STAKE holders.”

Despite the controversy, xDai’s core team, led by Igor Barinov, is already on board with the proposal. Barinov, who founded xDai, said that he was not concerned with the issues that have been raised.

Defending the proposal, Barinov told Crypto Briefing that the criticism regarding proposed token merger with Gnosis was “a negative feedback from a few anonymous accounts on Telegram, Twitter, and the governance forum.”

When asked whether the token merger ratio was unfair, Barinov added that “fairness is subjective” and that “there are no direct losses from the swap rate.”

xDaiPunks creator Olivier de Jong-Trejo told Crypto Briefing that the proposed merger had been in the works for some time. “I’ve known for quite some time that a merger was on the horizon,” he said. He added that he thought the partnership was a good idea despite sharing some of the community’s concerns. Jong-Trejo said “there seems to be a negative sentiment building up on the xDai Telegram channels, which can do more harm than good” before adding that “finding common ground” was needed.

Both xDai and Gnosis have presented GIP-16 to their communities as forum posts, with discussions to follow over the next three weeks. Following that, there’s due to be a snapshot vote involving STAKE and GNO holders. The voting process will last for seven days, and the proposed merger will only go ahead if it receives support from both communities.

It still remains to be seen whether the xDai team plans to put all of its resources together to get the vote passed or address its community’s concerns. The team has confirmed that it will host an “Ask Me Anything” discussion to address the community’s concerns imminently.

Martin Köppelmann did not immediately respond to Crypto Briefing’s requests for comment.

Disclaimer: The author owns ETH, MATIC, SOL, and other tokens.