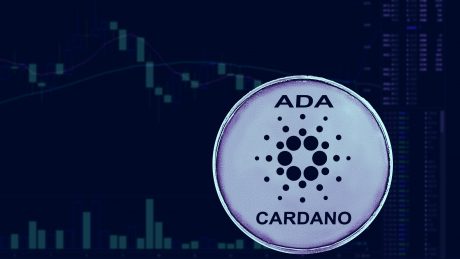 Coming from below $1 with a 2,000% profit year-over-year, Cardano (ADA) continues to outperform Bitcoin, Ethereum, and other cryptocurrencies in the top 5 by market cap. As of press time, ADA trades at $2,30 with 9.8% profit in the daily chart.

ADA on a rally in the 4-hour chart. Source: ADAUSDT Tradingview

Following the general market sentiment, Cardano seems poised for further upside with an important resistance at $2.5. As seen in the chart below by Material Indicators, ADA (price in blue) experienced a massive rally from the lows of its current range.

However, the price sits at seemingly week support in low timeframes and is susceptible to more downside if the crypto market trends further down. Upwards, ADA moves flipped $2.5 from resistance to support in order to take on new price target close to the $3 area.

Additional data provided by Material Indicators suggest that Cardano’s rally has been mainly fueled by large investors (represented in purple in the chart below) with most of the trading orders signaling an increase in buying pressure.

On the other hand, retail investors have been selling ADA’s climb into its current levels. Most of these investors could be taking profit at these levels, but their selling pressure has been apparently mitigated by buying orders between $100,000 to $1,000,000.

The Cardano ecosystem remains at the top of the fastest growing in the crypto space as indicated by the elevated number of contributions recorded at GitHub. In addition, its developer IOHK has recently announced progress on major improvements for the network.

On GitHub, IOHK created a compilation that list the ecosystem’s “essential” project. The list extends across several sectors with hundreds of projects collaborating for the benefit of Cardano.

After deploying its smart contract capabilities with Hard Fork Combinator (HFC) event Alonzo, the ecosystem has entered a new era with many investors betting on its growth.

Related Reading | Is Cardano Fighting A Losing Battle Against Solana?

In addition, IOHK recently launched a beta version of the network’s Plutus Application Backend to enable its integration to the Cardano wallet. Conceived as a platform that will allow users to easily deploy financial contracts, the company has invited developers to try it. IOHK said:

This marks a significant milestone in the DeFi journey on Cardano, simplifying on-chain #smartcontracts integration and smoothing the route to dApp deployment.