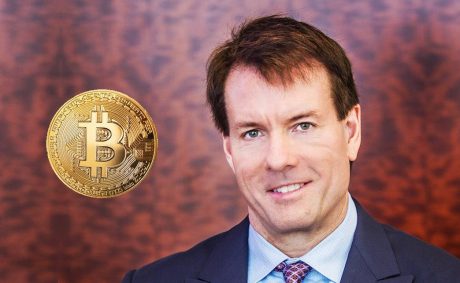 What Is The Final Push For Bitcoin? MicroStrategy CEO Michael Saylor’s Big Reveal

There is no telling what exactly would be the thing that pushes bitcoin into the $2 trillion territory. For now, the asset is still one of the most valuable assets in the world with a total market cap of $1.15 trillion. Nonetheless, investors continue to look what will be the next big thing for BTC, something that will catalyze the growth of bitcoin, causing it to rally towards $100K.

One of these investors looking to the future is MicroStrategy’s CEO Michael Taylor. Saylor has always been a BTC maximalist and has seized every opportunity to evangelize the benefits of the assets. The CEO has taken both a professional and personal stance himself, holding BTC personally and through this company MicroStrategy. Continuing to be bullish on the digital asset, Saylor reveals what he believes will be the next big push for the asset.

Related Reading | Bitcoin Breaks Above $68,000, Where Does It Go From Here?

After the approval of the first Bitcoin Futures ETFs in October, investors have shifted their focus to the next thing on the agenda. Spot Bitcoin ETFs are being filed with the Securities and Exchange Commission, although it might be a while until the regulator returns its decision on those. Nevertheless, investors continue to hope for an approval sooner rather than later.

The eagerness behind the Spot Bitcoin ETFs have to do with the tremendous success of the ProShares Futures ETF when it had first hit the market. In the first 24 hours, the ETF had recorded over $1 billion in trades, which had subsequently caused push in the asset that led to a new all-time high of $67K. BTC enthusiasts believe that a Spot Bitcoin ETF would do even better in the market given its considerable advantages over a Futures ETFs.

Saylor appears to share this sentiment with the rest of the market as he announced to the market where he sees the digital asset going if a Spot ETF gets approved. The CEO said at Bloomber’s Financial Innovation Summit that a Spot ETF approval would see more money flow into the market. Saylor sees the Spot ETFs triggering a cascading effect that would lead to trillions of dollars being invested in the asset.

Market May Not See A Spot ETF Anytime Soon

One thing that works against Saylor’s prediction for bitcoin is the fact that the Spot ETFs may be far off into the future. Bloomberg Intelligence had earlier released a report analyzing the likelihood of the SEC approving a Spot ETF.

James Seyffar, a market analyst at Bloomberg, said that it is unlikely that a Spot Bitcoin ETF would gain approval this year. Instead, Seyffart said, an Ethereal Futures ETF would be more likely at this point.

Related Reading | Bitcoin Breaks Above $68,000, Where Does It Go From Here?

The analyst did not completely rule out an ETF approval though. “Most market participants agree that a Spot Bitcoin ETF would be superior to existing futures ETFs, yet SEC approval of the former may be delayed until late 2022 or beyond,” Seyffart said.

Trading discounts in shares of Grayscale’s Bitcoin Trust have also pointed towards a Spot ETF approval being unlikely this year. The fund has been trading at about a negative 17% discount, implying that investors do not believe the filing to have its flagship bitcoin fund turned into a Spot ETF approved. Hence, investors were not willing to purchase the shares at a higher premium.