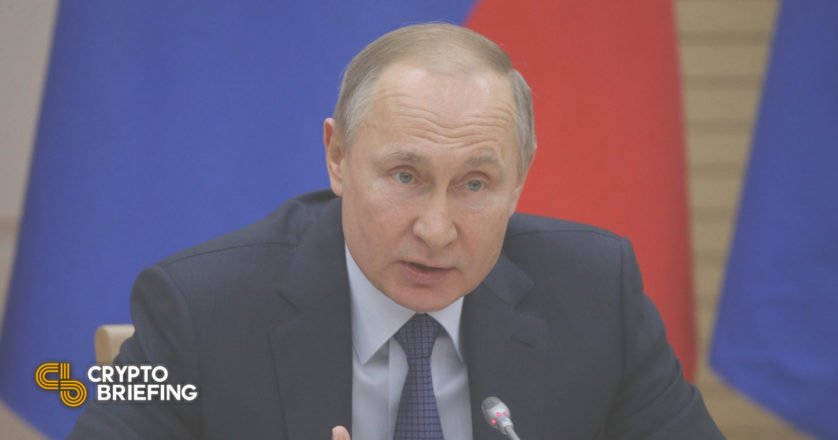 The United States, European Union, and their allies have announced that a group of Russian banks will be cut from the international payments system SWIFT.

A joint statement said that the action would “further isolate Russia from the international finance system.”

The West is cutting Russia from SWIFT.

A joint statement from the White House, the European Commission, France, Germany, Italy, the United Kingdom, and Canada confirmed the update late Saturday.

It’s an unprecedented move given the crucial role SWIFT plays in the global economy. Almost every major bank around the world uses the system and it processes trillions of dollars in transactions per year. Blocking Russia from the network is likely to severely impact its economy as it relies on the system for oil and gas exports.

In addition to the SWIFT update, the Western countries said that they would limit the sale of so-called “golden passports” that allow wealthy Russians to gain citizenship overseas.

The update follows days of bloodshed in Kyiv and other cities across Ukraine after Russian President Vladimir Putin announced he had ordered a military strike on the country early Thursday. The United States and other Western countries have announced multiple sanctions on Russia in response to the attack. Putin, whose wealth has long been a source of enigma, will also have his assets frozen alongside Russia’s Foreign Minister Sergey Lavrov, the United States, United Kingdom, and European Union announced Friday.

Meanwhile, the Ukrainian government has posted a plea for cryptocurrency donations to help fund its fight against the Russian military. Ukrainian officials tweeted out a Bitcoin and Ethereum address Saturday and donations have poured in from across the crypto community. At press time, Ukraine has received roughly $1.4 million in Bitcoin, $4.6 million in Ethereum, and $900,000 in Tether and other assets.

Disclosure: At the time of writing, the author of this feature owned ETH and several other cryptocurrencies.