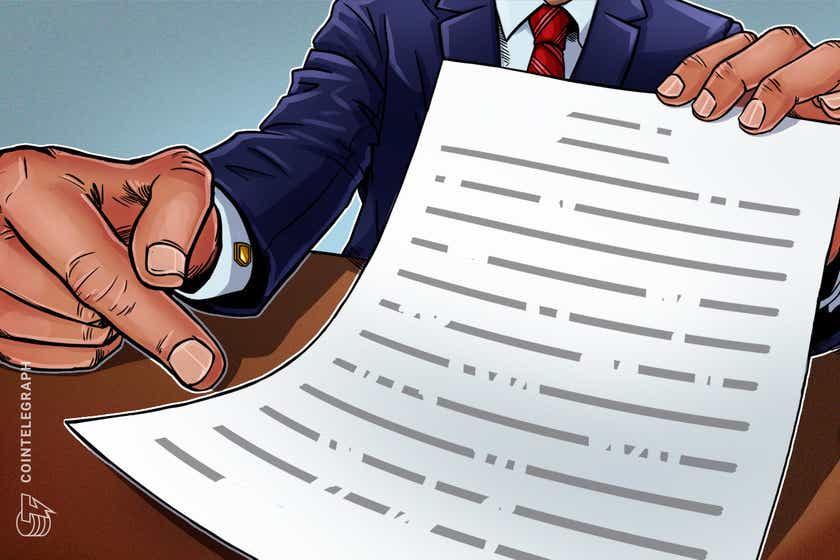 Voyager ordered by New Jersey to ‘cease and desist’

New Jersey’s move is just the latest in a series of orders and complaints against crypto-based interest-bearing account issuers in the United States.

The New Jersey Bureau of Securities has issued a cease and desist order against Voyager Digital for selling unregistered securities through its Voyager Earn program.

The order claims that each of the crypto staking and lending accounts issued through the program since 2019 are unregistered securities because of their promise of interest rates as high as 12%.

The Bureau cites as evidence for the claim messages on Voyager’s homepage encouraging users to “grow your portfolio” and “journey to the new frontier of investing.”

The New Jersey Bureau of Securities issued a cease and desist order to Voyager Digital.

Voyager’s marketing tactics were also criticized, with the regulators stating promotions for the program failed to disclose that Voyager’s parent company Voyager Digital LLC is a publicly traded company in Canada, not the U.S. The order claims that this “creates a misleading impression with respect to Voyager Digital, LLC’s regulatory status.”

The Bureau also alleges that while Voyager claimed to be licensed, it was only licensed in some states to act as a “money services business,” which the Bureau states does not allow for the sale of unregistered securities. It added the claim “may convey the misleading impression to unsophisticated investors that Voyager is “licensed” to offer and sell such securities.”

At least five other states, Alabama, Oklahoma, Texas, Kentucky, and Vermont, have slapped Voyager with various orders, or demanded the company explain how it is not issuing unregistered securities if it wishes to stay in business in their respective states.

This incident is one in a growing list of such cases or orders against crypto companies that offer interest-bearing accounts to users. In February, crypto lending platform BlockFi was hit with a similar cease and desist order from Washington state and a $100 million penalty for selling unregistered securities in the form of its interest-bearing accounts.

Last September, the Securities and Exchange Commission (SEC) threatened to sue crypto exchange Coinbase if it launched its long-awaited Coinbase Lend program. This program would have resembled Blockfi and Voyager’s interest-bearing accounts for crypto lenders. At the time, Coinbase CEO Brian Armstrong called the SEC’s behavior “really sketchy,” as the threat came without any legal overtures.