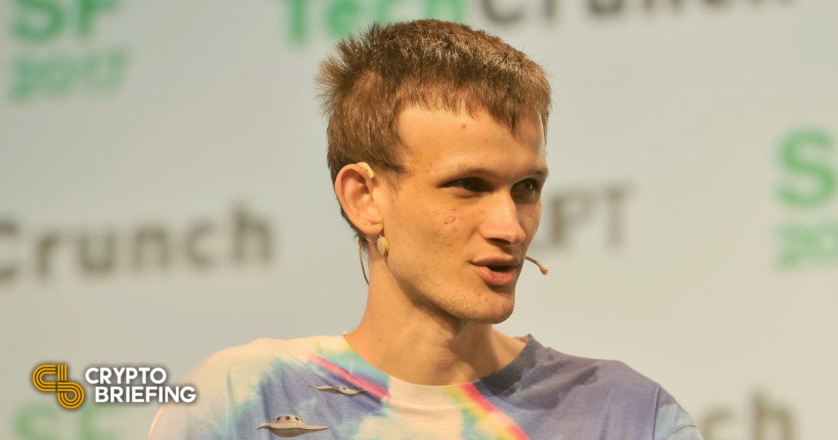 Vitalik Buterin has shared a new proposal called “multidimensional EIP-1559.”
The update would affect Ethereum’s gas fee markets, and the base fee charged for different resources within the Ethereum Virtual Machine.
EIP-1559 was introduced in August to make Ethereum gas fees more predictable. It involves burning a portion of ETH with every transaction, in turn making the supply more scarce.

Vitalik Buterin has proposed a new update for Ethereum.

In a new blog post, Buterin has laid out two options for the implementation of what he called “multidimensional EIP-1559.” In it, he discussed Ethereum’s gas fee markets with respect to different resources, making specific reference to usage of the Ethereum Virtual Machine, block data, witness data, and state size filling. Currently, Buterin pointed out, these resources are bundled into a “single multidimensional resource.”

The trouble, Buterin wrote, is that the current system does not handle differences in limits for the various resources in the Ethereum Virtual Machine efficiently. Buterin explained how transaction data plus calldata transaction consumes only 3% of the gas in a block as an example. Buterin added that some blocks could contain 67 times more data than an average block.

With multidimensional EIP-1559, Buterin has proposed introducing a “burst limit” and a “sustained target,” where the quantity of the resource in any given block would not exceed the burst limit, while also approaching an average long-term consumption equal to the sustained target. This would allow for distinct targeting EIP-1559 targeting schemes to be used for each distinct resource.

EIP-1559 is one of Ethereum’s most significant updates of recent years. It launched as part of the London hardfork in August and introduced a base fee on Ethereum transactions in order to make gas fees more predictable on the network (it previously used a bidding system). Crucially, the base fee also gets burned, which makes the supply of ETH more scarce. After the merge to Proof-of-Stake, ETH could potentially become a deflationary asset due to EIP-1559.

Buterin laid out two options for introducing multidimensional EIP-1559. In the first option, the gas price for resources such as calldata and storage use would be calculated from by dividing the base fee for one unit of resource by the base fee. The other more difficult option would involve setting the base fee for using resources at a price, such as 1 wei. In contrast to the first option, in this case there would be no block gas limit, but rather burst limits on each resource. Priority fees would also be different as they would be based on a percentage, where block producers would receive priority fee payments equal to the base fees multiplied by said percentage.

Buterin received mixed responses to the proposal. “I think this would be a reasonable suggestion although I imagine it would be a significant engineering undertaking,” Obel Network’s Oisin Kyne commented. Optimism’s Karl Floesch added that he was concerned about “EVM backwards compatibility” and thought the first option was more realistic, leading Buterin to respond that he agreed it would be “a less risky change.”

Either way, it’s unlikely that the change will be implemented on Ethereum anytime soon. The network is currently preparing to merge to Proof-of-Stake in what will be its most significant update to date. It’s scheduled to happen sometime in the first half of this year; the Kintsugi testnet is live now. After that, sharding will follow, so it could be some time before any further EIP-1559 adjustments are implemented.