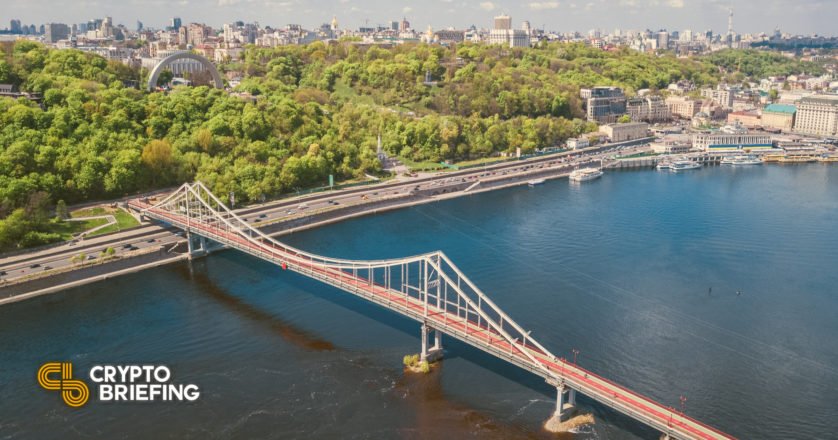 Ukraine Is Asking for Bitcoin and Ethereum Donations

Ukraine is accepting cryptocurrency donations following Russia’s military strike on the country. Crypto users have sent over $600,000 worth of Bitcoin, Ethereum, and other digital assets so far.

Ukraine’s official Twitter account and Vice Prime Minister Mykhailo Fedorov have tweeted requests for Bitcoin and Ethereum donations.
Millions of dollars has been raised for Ukraine over the last few days following Russia’s military attack on the country.
Vitalik Buterin and others warned that the posts may not be legitimate when they first surfaced, but the Ministry of Digital Transformation of Ukraine verified the tweets as genuine.

“Stand with the people of Ukraine,” a government official’s tweet read.

The eastern European country’s official Twitter account posted a tweet earlier today announcing that it was now accepting Bitcoin, Ethereum, and Tether with links to a Bitcoin and Ethereum address. The address has now received 9.2 Bitcoin (around $361,000), 83 Ethereum (around $232,000) and around $20,000 worth of other digital assets.

The tweet initially drew skepticism as some suspected that Ukraine’s account may have been hacked. Vitalik Buterin warned against sending any crypto donations in a tweet, commenting that the request “could easily be a hack.”

Ukraine’s Vice Prime Minister and Minister of Digital Transformation Mykhailo Fedorov also tweeted out the two cryptocurrency addresses earlier today, which suggests that the request could be legitimate unless hackers successfully targeted both accounts. “Stand with the people of Ukraine,” the tweets from both accounts read. Fedorov also shared the address on a verified Telegram channel.

Crypto users have raised millions of dollars for Ukraine over the last few days following Russia’s military strike. An NGO called Come Back Alive has already received $5.8 million in Bitcoin, while Ethereum enthusiasts have launched a DAO called UkraineDAO in a bid to raise funds. Notably, the Ministry of Defense is not legally permitted to accept crypto.

Early Thursday, Russian President Vladimir Putin announced that he had ordered an attack on Ukraine following weeks of tension. Explosions have since been heard across Kyiv and other major cities and Ukrainians have assembled with artillery to fight off the Russian military. Ukraine’s President Volodymyr Zelenskyy declared marital law following the strike and has called on countries overseas to fight off the attack. He was pictured on the ground in Kyiv today.

Protests are taking place in major cities around the world today in solidarity with Ukraine. On Friday, it was reported that over 1,700 protestors had been arrested in Russia.

The crypto community has also decried Russia’s attack on Ukraine over the last few days. Sam Bankman-Fried, Vitalik Buterin, and others spoke out against the conflict this week. “Reminder: Ethereum is neutral, but I am not,” Buterin tweeted after declaring that he was “very upset by Putin’s decision” in a tweet written in Russian.

Disclosure: At the time of writing, the author of this feature owned ETH and several other cryptocurrencies.