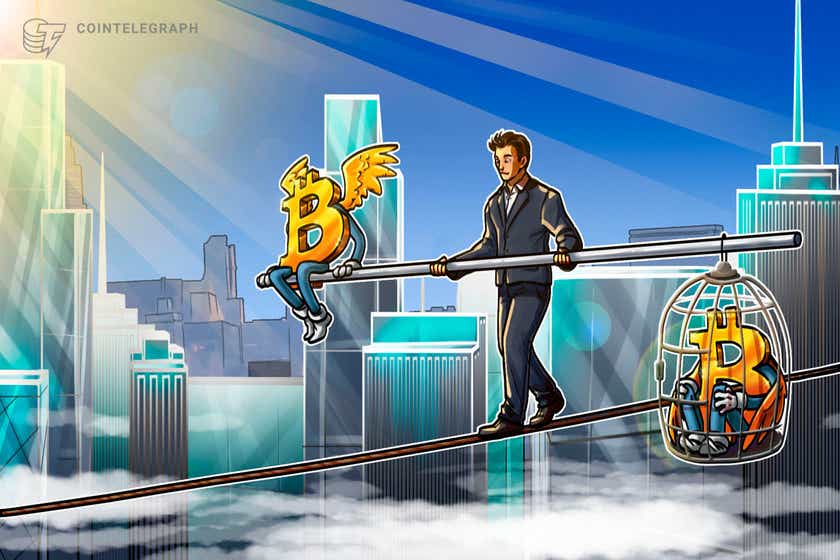 Whipsaw price action has returned to the cryptocurrency market after Bitcoin’s (BTC) price lost steam at $67,100 and retracted to the $62,000 level.

An early morning 87% flash crash in the price of BTC at Binance US saw the price briefly touch $8,200 and it may have set the market on edge, but generally, it appears to have been an isolated event. Data from Cointelegraph Markets Pro and TradingView show that bears have briefly taken control of the market with the price now fluctuating between $62,000 to $63,500.

Here’s a look at what traders and analysts are saying about the recent price action for Bitcoin and what could be next for the top-ranked digital asset.

The rapid climb in Bitcoin over the past three weeks pushed the price back to the major resistance level it faced in April, a fact highlighted by independent crypto analyst ‘Rekt Capital.’ As shown below, there was a firm rejection near the $63,500 resistance level.

The main difference this time around is that now bulls are attempting to establish this level as the new support zone, which will give BTC a good foundation for a further push higher.

For the short term, this has now become a key price level to keep an eye on as the market heads into the final week of October.

Q4 has historically been bullish

The breakout to a new all-time high has many across the space debating whether now is a good time to take profits or if it’s time to increase position sizes instead.

According to David Lifchitz, managing partner and chief investment officer at ExoAlpha, “In crypto-land, everything is possible,” and he suggested that “a continuous uptrend taking BTC to $80,000 shortly from here, or a mild pullback down to $58,000 or even down to $53,000 before pulling higher toward $80,000 and above” were both well within the realm of possibilities.

Historically speaking, “probabilities would favor some pullback after the recent torrid ride,” according to Lifchitz, who highlighted the $64,500 and $58,000 levels as some of the key areas to keep an eye on for the potential to “lighten up positions in case of a pullback and load-up again in the $53K region if the pullback deepens, or reload where the first stops were hit if the pullback doesn’t deepen.”

Overall, Lifchitz indicated that the path ahead looks positive for Bitcoin and the wider cryptocurrency market as it enters the final quarter of 2021.

“The 4th quarter has historically been bullish, so it favors an upside target by year-end. So overall bullish mid-term but maybe some light turbulence ahead.”