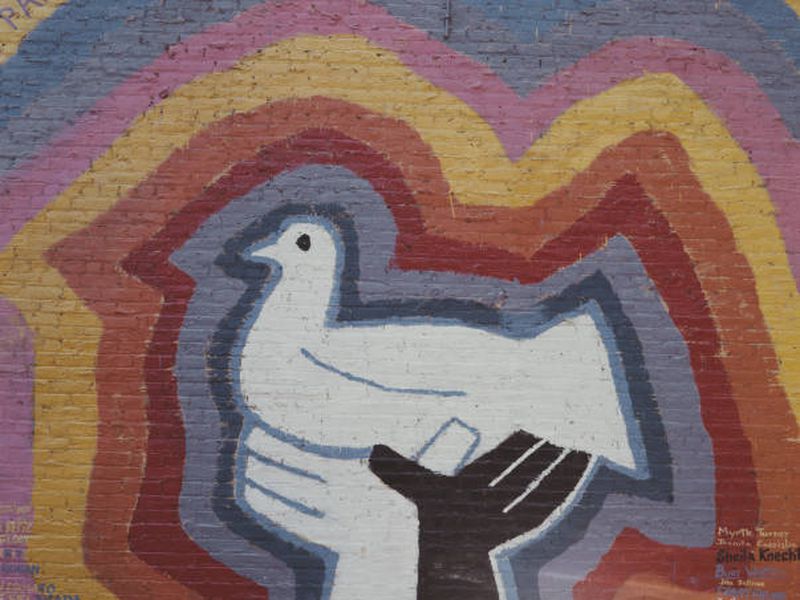 The First Crypto War May Lead to Lasting Peace

The Russia invasion of Ukraine is the first crypto war. The digital asset front follows only the actual fighting in importance.

Crypto has been a major focus throughout events, including the Ukraine government’s requests for bitcoin and ether, the Ukraine DAO, both sides’ use of stablecoins as financial refuge, and European and U.S. bureaucrats’ angst over the use of cryptocurrency to bypass sanctions.

Paul H. Jossey is an adjunct fellow at the Competitive Enterprise Institute and founder of the crowdfundinglawyers.com.

However the conflict ends, crypto will play a central role in world affairs. Moreover, the individual autonomy it brings could mean a more peaceful world, provided governments and global standard-setting bodies don’t kill this promise through overreaching regulation or forced public alternatives.

Crypto could give citizens of aggressor countries an informal “citizens veto’ on war. If people flock to stablecoins amid host-country aggression or international sanctions, their actions could crush a nation’s ability to wage war. This veto is now happening as Russians ditch the ruble for stablecoins, and it may thwart Russia’s ability to finance hostile operations.

The Russia invasion could augur a return to the more limited conflicts of the pre-World War I (WWI), gold standard era. As Columbia Professor Saifedean Ammous explains in The Bitcoin Standard, before WWI (also known as the Great War), gold standard countries were limited by popular sentiment (and their own treasuries) to wage war.

Once national reserves sunk, governments had to raise taxes or sell bonds to continue fighting. But in WWI, as the initially localized conflict spread, fiscal discipline failed. As Ammous explains, within the first month “all major belligerents had suspended gold convertibility, effectively going off the gold standard and putting their population on a fiat standard.”

By leaving the gold standard, countries printed money until, through inflation, the whole population’s wealth was squandered before winning or capitulating. This had devastating results. A “citizen’s veto” via people ditching a nation’s fiat currency would lessen or preempt conflicts altogether.

But governments could thwart this more peaceful future in two ways. The first option is forcing all crypto into a global Anti-Money Laundering/Countering the Financing of Terrorism (AML/CFT) regime. The second even worse option is to require everyone to use multi-jurisdictional central bank digital currencies (m-CBDCs) with alternatives banned.

That AML/CFT is the primary concern of global and national financial regulators is no understatement. The UN estimates criminals and terrorists launder up to $2 trillion each year.

As CoinDesk columnist Nic Carter writes, stablecoins operate at least partially outside AML/CFT confines: “Stablecoin issuers treat the IOUs as bearer instruments, and generally do not seek to police user behavior when a transaction does not involve the issuer. . . . By granting a measure of transactional privacy and not embedding political conditions into transactions, stablecoins are the closest thing to digital cash we have today.”

Some might say this may appeal to criminals, and perhaps initially it would. But it would be strange to think ne’er-do-wells would rely on traceable, public ledgers common to most cryptocurrencies as transaction facilitators.

The risks of permanent and public recordation far outweigh the benefit of removing cash’s physical limitations. Some have discovered as much the hard way, like the New York City couple allegedly sitting on billions but unable to spend them. Even the famous 2016 DAO hacker who almost brought down Ethereum and forced a hard fork has allegedly been unmasked.

Of course, criminals will create new ways to shield transactions that may temporarily succeed. But the public, through democratic means – not unelected central bankers and global financial bureaucrats – should decide how much of this monitoring they will tolerate in return for their privacy.

Further, as the Canadian Freedom Trucker Convey showed, those whom governments label terrorists expand with political expediency. (The Canadian government now admits the protests were not rife with money launderers and terrorists). Regardless, these actions should be unacceptable in a Western democracy.

An m-CBDC would be even worse. For example, the coming Chinese model forces every citizen to use the digital yuan, and every transaction is monitored, recorded and factored into people’s social-credit score. Western governments more sensitive to public relations would likely filter such scores through the softer veneer of Environmental, Social, Governance (ESG) metrics.

They could then deny transactions with companies deemed insufficient environment stewards or with inadequate corporate-board diversity etc. If this scenario sounds outlandish, terrorist designations for blue-collar protestors would have had a similar ring 12 months ago.

Neither of these models – granular AML/CFT or m-CBDC – allow for citizen vetoes in times of peace or war. As commentator Vivek Ramaswamy suggests, we may already be fighting a different war – the battle between the Great Reset imposed top down and the Great Uprising from the bottom up.

If so, crypto, with its promise of individual autonomy, control over one’s data and financial transactions, and potential to bypass entrenched institutions will be the main battlefield. If the latter wins, the first crypto war may bring a more peaceful world.