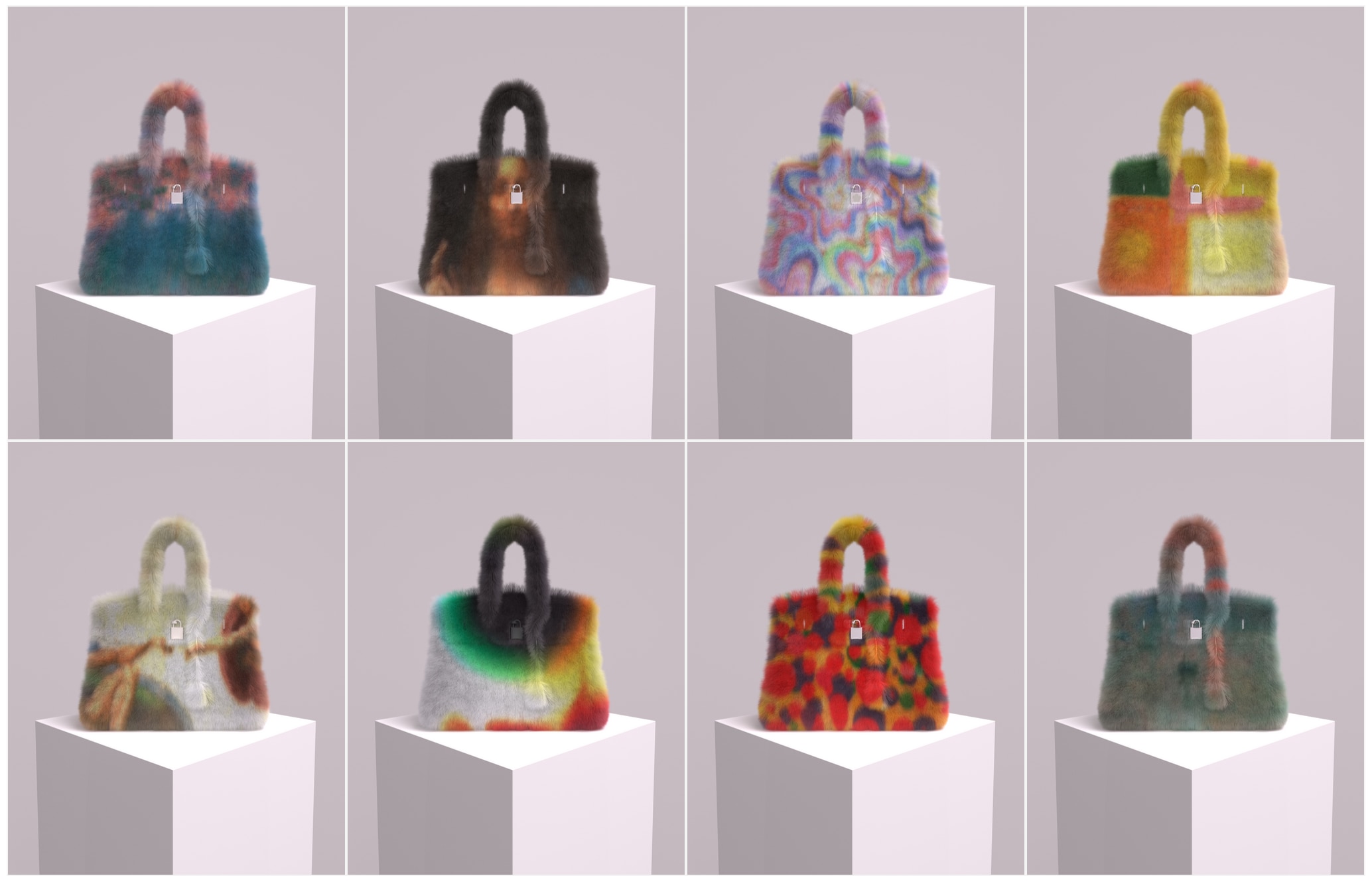 The Balance Between Art and IP Theft in NFT Culture

The most popular show in Netflix history, “Squid Game,” earned an estimated $900 million for the streaming company. And the producers are not stopping there. They are gearing up for even more revenue as they look towards season two and have secured more than two dozen trademarks for the property as they tee up a range of merchandising and licensing deals.

Sam Ewen is the head of CoinDesk Studios.

What the company did not approve of in their effort to grow their bags were the non-fungible token (NFT) collections for The Squid NFT, Squid Game Card. The two derivative franchises – one a play-to-earn contest, the other a “Squid Game Metaverse” – have brought in a combined 245 ETH ($776,685 at current pricing) in secondary sales on OpenSea. Neither has ties to Netflix or the show’s creator Hwang Dong-hyuk. Neither did the Squid Game token that ended up in a rug pull back in November that left many investors wishing they had chosen not to play.

In fact, none of the 682,569 items listed when searching Squid Game on OpenSea have any relationship with the intellectual property (IP) holder as it has not licensed anyone to use the trademark for a digital blockchain asset. Yet, all of these derivatives and, frankly, some direct stolen imagery are available for purchase or trade on the world’s largest NFT platform.

Memes and derivatives are at the heart of internet and NFT culture. Constantly evolving remixed combinations of image, audio, text, collage, video clips and more speak for us as much as they speak to us (the idea that people use memes to both represent their feelings and see their own perspectives reflected back to them in the feeds of those they follow or friend). But once you add in a creator-first economic marketplace and the value that some NFT collections have attained, trademark owners are starting to wonder why others are profiting off of their intellectual property.

NFTs themselves are not the issue, it is what the seller does with it. “NFTs themselves don’t really implicate copyright at all, because they typically just consist of a URL pointing to an image,” Brian Frye, a professor at the U.K. Rosenberg College of Law told me. “But putting the image at the URL does implicate copyright and is typically infringing if the person putting it at the URL doesn’t own the copyright or have permission to use the image in that way.”

Recently, in the “this is why we can’t have nice things” camp of creative opportunity, when brands and lawyers get involved, the anything goes approach to art and expression is starting to get reigned in. We saw the same thing in the late 1980s when the music industry targeted hip-hop in regards to sampling and a similar technology policing is coming for NFTs.

Just recently Non-Fungible Olive Gardens, the project that promised ownership of a virtual franchise of the family-friendly restaurant started selling 880 NFTs of different Olive Garden locations. They went on sale for $20 each and prices climbed. Within days one sold for 100 times the initial offering price. The meme value alone drove a ton of conversation on Crypto Twitter as more than 500 collectors purchased the tokens at rising values.

That is, until Darden Concepts, the owner of the actual Olive Garden chain, sent a DMCA takedown order to OpenSea, which complied and the collection was removed. We have seen how this plays out before. Back in the early YouTube days there were thousands of music videos and movie clips, so much so that the industry could not catch up. It took machine learning and broad licensing deals to to help stem the tide, if only partially still to this day.

Read more: Dan Kuhn – What You Own When You Own an NFT

What is copyrightable and what is artistic interpretation is a matter of open and ongoing debate. “Copyright law provides a ‘bundle of rights’ which are exclusive to the owner of the copyright in a work. These rights include the right to reproduce, prepare derivatives, distribute copies, publicly perform, and publicly display,” Moish E. Peltz, an NFT lawyer recently said.

Yet, IP expert Frye says, “If a copyrighted image is used in a critical, parodic or scholarly way, it could be fair use and therefore non-infringing. A caveat is that NFT projects are a commercial use, especially if you are selling a lot of NFTs of a particular image, which could cut against a fair use finding.”

That’s a pretty wide interpretation gap, which may challenge those creators pushing the limits of what is art and what is trademark infringement when it comes to NFTs.

Another example of legal murkiness around NFTs: the on-going battle between Herm?s and artist Mason Rothschild surrounding the latter’s MetaBirkins. Not only did Rothschild put “Birkin” (an iconic ladies’ bag) in the name of the NFT collection, but he uses the signature silhouette of the product along some of the notable accessories, a padlock for example, in many of the works. Legally, brands often secure not only their logo marks but can trademark everything from a tone to a silhouette. Just as Harley Davidson owns its engine sound and CocaCola owns the shape of its bottle, it would seem Herm?s is on good footing in this case. Additionally, that Rothschild did not create one artistic derivative but in essence has a “product line” of 100 highly valuable digital goods could lead one to think of his presence on Rarible as more of a storefront than an art gallery.

“It’s more irksome to see the work of gifted digital artists being ripped off, but there seems no shortage of brand IP in the mix, much of which is done without a lot of care or imagination,” says Matthew Davis, who co-authored early NFT patents at Nike dubbed “Cryptokicks.” “This has more to do with the unfortunately transactional dimension of all this. I could see brands having a more open mind were it not so derivative, messy and engineered for profit.”

Cultural brands are probably the easiest target for copyright infringement and have the widest collector base. Searches on NFT platforms for Supreme, adidas, PlayStation, Gucci, LEGO, Off-White and others yield countless results and representations of brands, often in ways that would make any brand creative director want to quit the business. But it isn’t just the fashion industry. Ford, Ikea, KFC and many other logos are slapped on NFT projects for sale or auction.

Not only is the line between brand and NFT creative use blurring but determining who owns the rights to sell NFTs between an IP owner and those who originally came up with the concept can be troublesome. Nobody would challenge that Quentin Tarantino wrote and directed “Pulp Fiction.” But Miramax is still trying to block him from selling the pages from his handwritten script as NFTs, arguing it holds the IP rights to the work.

Creators of original memes do have copyright protection on their initial work. For example, Chris Torres, who created Nyan Cat, sold a unique version of the much-copied and duplicated meme for almost $600,000 early last year.

As more companies and brands jump into NFTs and the metaverse we should expect that they and their legal teams will be aggressively challenging those who are trying to profit off of their trademarks. Meanwhile, popular properties like the Bored Ape Yacht Club, Crypto Punks, Aku Dreams and World of Women may face similar issues of infringement against their own work (there are already plenty of Ape copycats).

As Web 2 transitions into a decentralized Web 3, it is bringing tremendous opportunities for many builders and creators. But as both the music industry and YouTube have taught us, you can only go so far on stolen IP. Combine that with the blockchain’s unique trackability of asset ownership and this time it is not only the creators who may pay the price but the collectors as well.