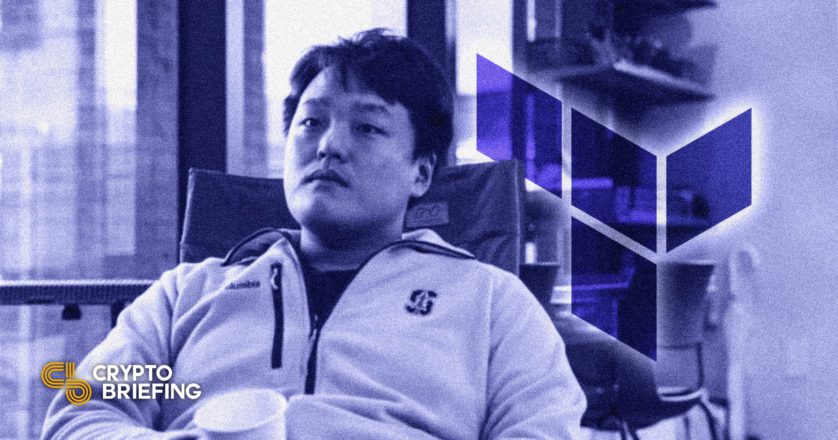 The SEC is investigating whether Terraform Labs and its CEO Do Kwon violated federal securities laws through their involvement with Mirror Protocol.

The U.S. Court of Appeals has ordered Terraform Labs and its CEO Do Kwon to comply with SEC’s investigative subpoenas.
Kwon and his company challenged a district court’s decision affirming the subpoenas in February but lost the appeal Wednesday.
The SEC is investigating Terraform Labs and Kwon for selling unregistered securities in the U.S. through Mirror Protocol.

The U.S. Court of Appeals has ordered Terraform Labs and its CEO Do Kwon to comply with SEC’s investigation into the Mirror Protocol on federal securities laws infringement allegations.

Terraform Labs’ final effort to evade prosecution in the U.S. has failed.

Court documents revealed Wednesday that the United States Court of Appeals for the Second Circuit had ordered Terraform Labs and its CEO Do Kwon to comply with the U.S. Securities and Exchange Commission’s investigative subpoenas.

The SEC is investigating whether Terraform Labs and Kwon broke the law by selling unregistered securities in the U.S. through Mirror Protocol, a DeFi platform for synthetic assets on the now defunct Terra Classic blockchain. After allegedly failing to obtain voluntary cooperation, the SEC prepared two investigative subpoenas—one for Kwon, one for Terraform Labs—and served Kwon in person at the Messari Mainnet conference in New York on September 20, 2021.

The appellate court’s decision comes after the Kwon challenged the New York district court’s ruling to affirm the SEC’s subpoena applications in February. Terraform Labs and Kwon argued that the court should not have granted the SEC application because the agency violated its rules of practice by improperly serving the subpoenas and that the court lacked personal jurisdiction due to Kwon being a resident of South Korea, and not the U.S.

The appellate court dismissed both arguments, concluding that “the district court properly granted the SEC’s application,” and “properly concluded that it had personal jurisdiction over Terraform and Kwon.” In explaining its ruling, the court wrote that “the SEC followed the rules,” and correctly served the investigative subpoenas to both Terraform and Kwon.

Concerning the second issue, the appellate court upheld the district court’s view that the defendants had sufficient connection with the U.S. because they marketed their product to U.S. customers online, retained U.S. employees, and had legal agreements with U.S.-based crypto exchanges. The filing also noted that “while seeking to enter into an agreement with a U.S.-based company, Appellants indicated that 15% of users of its Mirror Protocol are within the U.S.”

The ruling means that Terraform Labs and Kwon are now compelled to provide the SEC with all requested documents and testimony needed in its investigation into Mirror Protocol. Built by Terraform Labs, the protocol allowed users to create and trade synthetic assets tracking the price of real-world securities, including stocks of corporations like Apple and Tesla, listed on the New York Stock Exchange. The SEC likely deems these assets securities and consequently their promotion and sale to U.S. customers as unlawful.