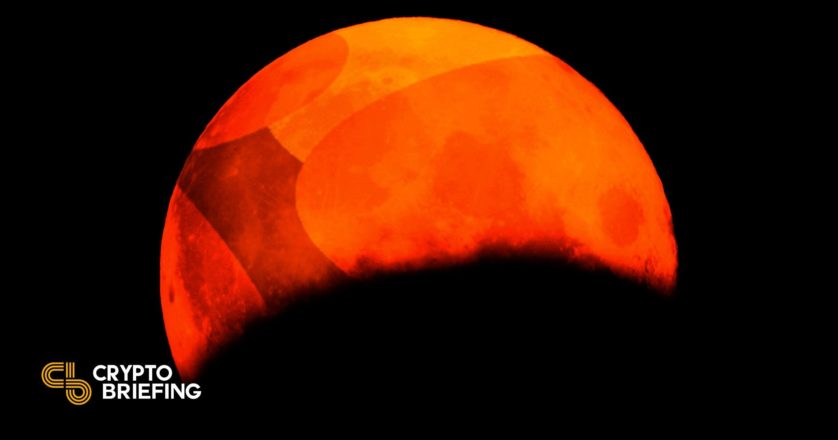 The blockchain went live with an airdrop of new LUNA tokens earlier this morning.

The new Terra blockchain is live.

Terraform Labs took to Twitter today to confirm that the new network had started producing blocks. It launched at 06:00 UTC, accompanied by a token airdrop for previous LUNA and UST holders.

The new blockchain launch is an attempt to salvage what remains of the Terra community in the wake of the blockchain’s stunning collapse earlier this month. Terra’s algorithmic stablecoin UST initially depegged from the dollar on May 8, sending its associated token LUNA into a death spiral. Within days, UST was trading at only a few cents on the dollar, and LUNA fell to virtually zero. The implosion erased about $40 billion of value and wreaked havoc across the industry as fears of stablecoins escalated and other major assets suffered a downturn.

Terraform Labs’ outspoken co-founder and CEO, Do Kwon proposed forking Terra on May 16, claiming that “the Terra ecosystem and its community are worth preserving.” He laid out a plan to revive the network without including an algorithmic stablecoin, suggesting a distribution of a new token that would aim to make Terra investors whole. The plan was initially met with widespread hesitation from the community; however, its prospects improved dramatically after more than a dozen major validators signaled their support the next day.

Alongside the blockchain launch, an airdrop for a new LUNA token went live this morning. According to the distribution plan, 70% of the new token allocation will be airdropped to previous LUNA, UST, and aUST holders (aUST represented UST tokens staked in Anchor Protocol, Terra’s flagship DeFi protocol that offered investors 20% yields on their stablecoins). Terraform Labs received no tokens from the drop. Eligible addresses could claim the airdrop through the Terra website, and it was also supported on several major exchanges. According to Bybit, LUNA is trading at around $16 at press time. With the new Terra blockchain and LUNA token now live, the original LUNA and UST have been renamed LUNA Classic and UST Classic, while the original network is now called Terra Classic.

The new blockchain launch is an audacious move for Kwon, who is now facing mounting legal problems. Several investors are reportedly organizing to file charges against Kwon for fraud, and he also faces possible criminal exposure: according to local reports, South Korean authorities are investigating Kwon for possibly running a Ponzi scheme, and he was also allegedly handed a $78 million fine by South Korea’s National Tax Service for tax evasion. Kwon has been uncharacteristically cagey in his online communications since Terra’s collapse, but has claimed that Terraform Labs has no tax liabilities in South Korea.

Disclosure: At the time of writing, the author of this piece owned LUNA, LUNC, ETH, and several other cryptocurrencies.