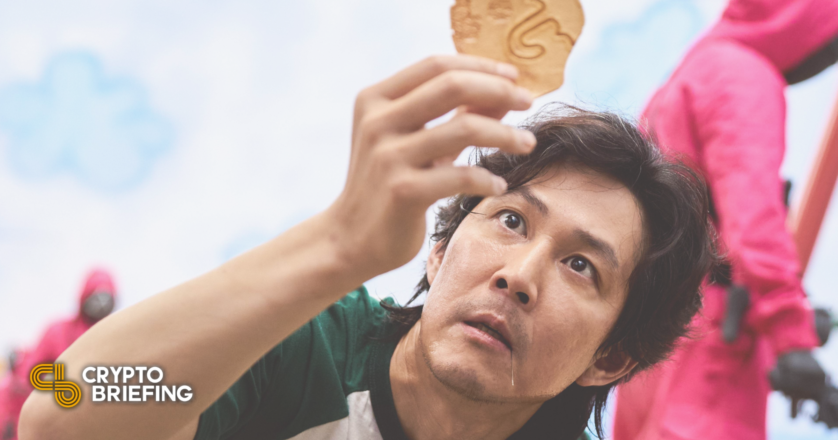 The token will allow holders to compete in online games inspired by the show—but it’s been labeled a scam.

A crypto token inspired by the hit Netflix series Squid Game has rallied more than 40,000% as several so-called “meme coins” balloon in value. However, the token mechanics look suspicious.

A Binance Smart Chain project called SquidGame has created the SQUID token, promising users the chance to take part in online games based on the hit Netflix show.

Data from CoinMarketCap shows the SQUID token trading at around $0.012 Tuesday, six days after its launch. Since then, the token appears to have been swept up in the recent meme coin mania, skyrocketing over 40,000%.

Each SQUID token will now set buyers back $5.44 at press time.

On the SquidGame website, the developers state plans for an interactive game where holders can stake SQUID tokens to take part in online games inspired by the Netflix show. Per the project’s whitepaper, each game requires a different number of tokens to enter, with the highest stake game set to require 15,000 SQUID tokens, worth almost $75,000 at current prices.

Each game requires 456 players to start. In the end, one winner will take 90% of the pot, with the remaining 10% going to the game’s developers.

The “anti-dump mechanism” has resulted in many buyers being unable to sell their SQUID tokens, leading some to describe the project as a scam.

Over the last week, several so-called “meme tokens” have soared in value. In addition to dog coins such as Shiba Inu and Samoyedcoin reaching new all-time highs, other tokens such as SafeMoon have also put in sizeable gains.

Editor’s note: The article has been amended to highlight that multiple reports have indicated that the SQUID token cannot be sold.

Disclosure: At the time of writing this feature, the author owned BTC, ETH, and several other cryptocurrencies.