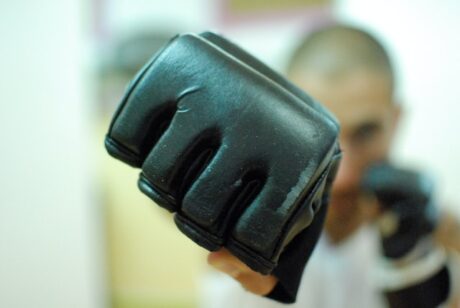 Small Cap Altcoins Beat Bitcoin And Other Crypto Assets 10 To 1, But Why?

The Small Cap altcoins index has been outperforming the larger coins’.  As NewsBTC has been reporting, smaller caps have been looking like the best investment in the past months. Now that the larger Caps found relief recording gains once more during March, the Smaller Cap is still crushing the numbers.

According to data from the latest Weekly Report from Arcane Research, the whole crypto market has seen relief during March. However, even with recent gains, the Small Cap Index still has completely outperformed the other indexes.

As seen in the chart below, Bitcoin, the Large Cap, and Mid Cap indexes have all seen relevant gains during March in the 8-11% increase range. But compared to the Small Cap Index, the larger indexes are lagging behind its massive 40% gains.

The massive gains have a few lead characters. Primarily, the Waves token is outshining all top 50 coins by market cap. It has seen surprising growth in the past month with a 300% increase in price.

Why Is The Waves Token Outperforming?

Waves is a global open-source platform for decentralized applications. Their native token just rallied 50% in 24 hours, which might have been a result of the Wave Labs launch, a U.S. venture that intends to headquarters in Miami. As the data points out, the token came out of the past week as the best performer of all top 50 coins by market cap.

As per Wave Labs press release, the venture aims to integrate Waves with leading blockchain protocols, form an Ecosystem fund, support projects building on Waves, and other strategic international plans aimed to become the “growth engine for the Waves ecosystem” so it can reach mass adoption.

“With the founding of Waves Labs, the ecosystem fund, and the extremely talented team in place, I do not doubt that Waves will reach mass adoption in 2022 and beyond,” says Sasha Ivanov, Founder of Waves.

The Waves 2.0, the new version of Waves Consensus based on Practical Proof-of-Stake Sharding (PPOSS), has been gaining new attention as it promises a “highly scalable and EVM-compatible network” set to start this spring.

Still unknown in the U.S. compared to other Small Cap altcoins, Waves has a lot of room to grow into. This incentivizes investors as they might see a potential for the digital asset to deliver larger returns.

Even though smaller coins and projects are riskier and more likely to fail, their higher volatility and size can also mean that they can grow exponentially and show greater returns than much larger coins like Bitcoin and Ethereum over the same period of time. Plus, the communities that are formed around Small Cap altcoins projects are often committed to its trajectory and seeing a boost in the price.

However, even though they can turn into greater returns, smaller altcoins can also crash the hardest.

More on the Waves token, the pair WAVESBTC just hit a new high, breaking through previous peaks. Traders have been long expecting an ‘alt season’ to happen soon and Waves’ movements could be seen as a bullish sign.

Is Altcoins Season Around The Corner?

Many investors have been expecting an altcoin season to happen this year. This dominance of altcoins over Bitcoin could happen after a BTC bull run as other digital tokens make breakthroughs and gain dominance over the market.

Bitcoin seems to be making big moves this week as it broke its 3-month consolidation. A bullish ascending triangle pattern is on the lookout along with a possible around-$51k target. In the crypto market, coins usually follow other coins’ moves. This means that Ethereum can follow Bitcoin’s price movements, and then other altcoins as well.

It can be similar for the smaller coins. If some altcoins are greatly outperforming, others can follow. The movement in question seems to be whether BTC can truly go above its $48k latest high. And as the report noted “the bitcoin dominance has been sitting at its highest levels since November,” and the time for altcoins might be around the corner if optimistic market sentiment continues.