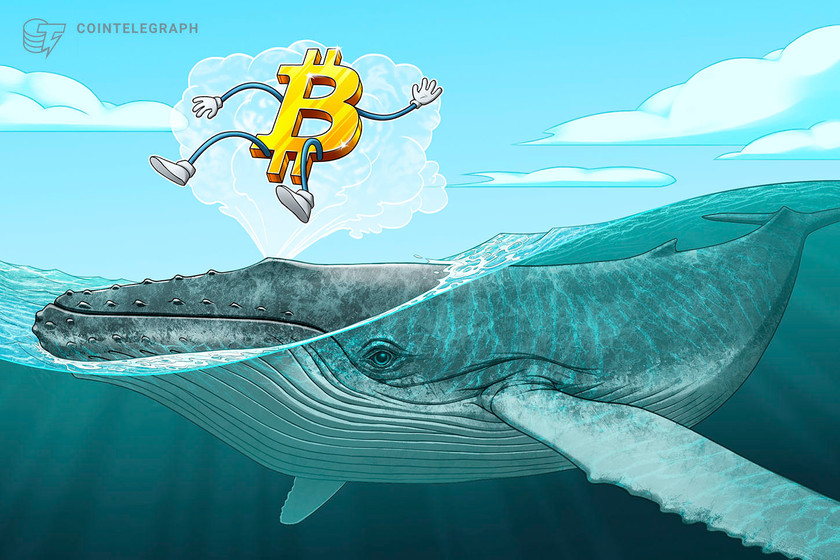 Amid distribution by the “giant” whales of Bitcoin, data shows that smaller ones are still resisting the urge to sell.

In one of its daily QuickTake market updates on May 27, on-chain analytics platform CryptoQuant highlighted increasingly bearish whale behavior.

Amid widespread consensus that BTC/USD should put in a lower low than its May 12 pivot price of $23,800, some of Bitcoin’s largest holders are showing signs of impatience.

Those entities with $1 million or more, known as “giant” whales, have upped their distribution of coins, while smaller whales — those with under $1 million — have been slower to shift their position.

“After the dip was at the end of January, we still saw the accumulation because all of the leading value bands went up, but from the 21st of April to now, giant whales (range over 1M$ – USD) have been distributing and do not get any signals to accumulate now,” Dang explained.

“If minor whales and retailers give up, I think we will see the absolute capitulation and bottom also. If not, I will keep an eye on positive movements in the range of $1M to consider a reversal.”

Data from fellow on-chain analytics firm Glassnode meanwhile confirmed an overall decrease in the number of entities qualifying as whales.

Once again, an acceleration since April pointed to whale distribution, and as of May 27, overall whale numbers were at their lowest since July 2020.

Bitcoin entities with a balance above 1,000 BTC vs. BTC/USD chart. Source: Glassnode

For on-chain monitoring resource Whalemap, these were of interest in the aftermath of the initial May 12 dip.

In subsequent analysis, researchers showed that capitulatory events of the kind forecast for BTC/USD required coins moving at both a profit and a loss in elevated amounts.

“On May 12th both profits AND losses were higher than usual,” part of an explanatory tweet stated, alongside a chart of moving profit/ loss (MPL) data.

“A good example of capitulation was in Dec 2018 when similar MPL activity was present (but at a much larger scale).”