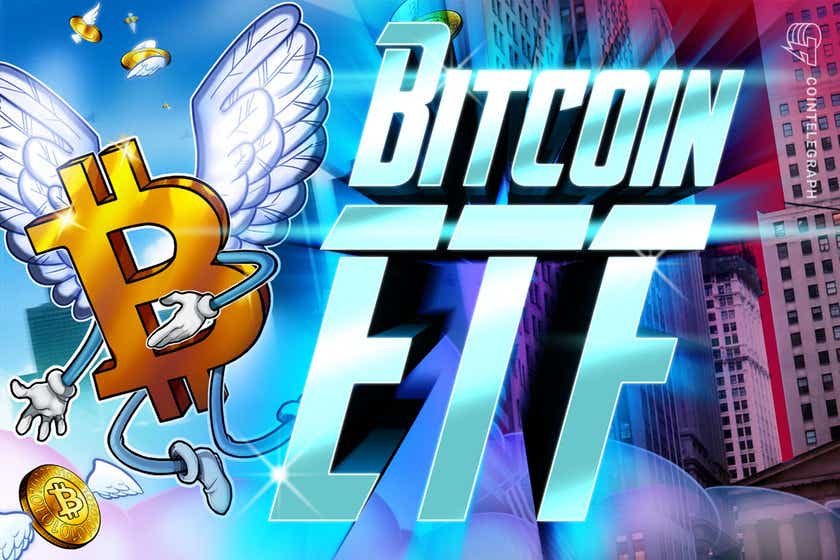 The long wait for a Bitcoin exchange-traded product could soon be over according to sources reported by financial media giant Bloomberg.

Citing “people familiar with the matter” Bloomberg has reported that the U.S. Securities and Exchange Commission is poised to approve the first Bitcoin futures exchange-traded funds in the country.

“The regulator isn’t likely to block the products from starting to trade next week.”

A futures product is likely to be the first one approved since they are viewed more favorably by regulators. Futures are governed by the Chicago Mercantile Exchange (CME) and require investors to put down cash on margin to trade them.

Bloomberg senior ETF analyst, Eric Balchunas, is confident that the ProShares Bitcoin Strategy ETF could be the first one launched as the decision deadline is Oct. 18. The Invesco Bitcoin Strategy ETF may be approved the following day barring any further delays by the SEC.

In a tweet on Oct. 15, the analyst stated: “Pretty much done deal. Expect launches next week,” before adding the “odds now over 90% IMO.”

SEC chair Gary Gensler has voiced favor for funds based on CME-traded Bitcoin futures filed under a 1940s law, adding more weight to the potential of a long-awaited approval.

On Oct. 14 Cointelegraph reported that Ark Invest had teamed up with 21Shares to file for an ETF that will trade in Bitcoin futures indicating that they too were confident that product approval is imminent.

Deadlines for ETF applications from VanEck and Valkyrie are also approaching on Oct. 25 so there could be a slew of them hitting exchanges over the next couple of weeks.

Monday, Oct. 18 could be a big day for Bitcoin prices as markets have been bubbling up in anticipation of this landmark event. At the time of writing, BTC had just spiked to $59,600 before a slight retreat according to CoinGecko.