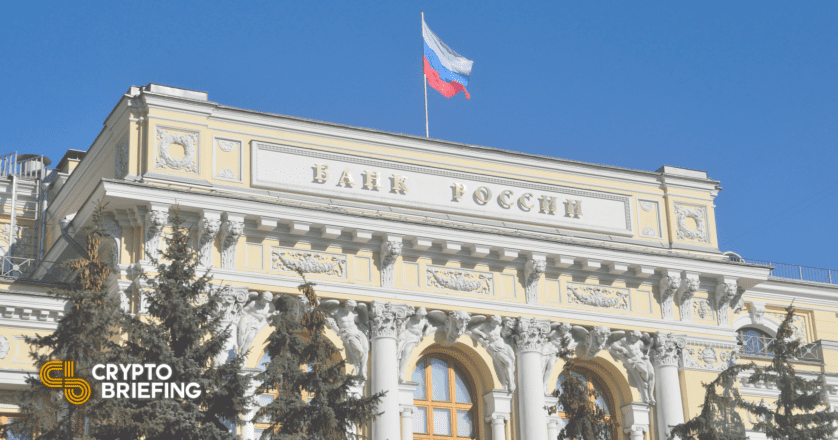 Crypto may end up being accepted alongside other payment methods such as rubles, gold, and the national currencies of politically friendly countries.

An official from the Russian Central Bank stated that it wouldn’t object to the use of cryptocurrencies for international transactions.
However, it still believes cryptocurrencies pose large risks to the Russian financial system as well as to Russian users.
Russia is still considering new payment systems after seeing its access to the global financial system severely restricted following its invasion of Ukraine.

The Russian Central Bank is open to the idea of cryptocurrencies being used for cross-border settlements, an official stated on Tuesday. The announcement comes as various departments and legislators come together to prepare a new version of a digital currency law.

Crypto For International Payments Only

Russia’s central bank is open to allowing cryptocurrencies to be used for international payments, Reuters reports.

According to the report, the Central Bank’s First Deputy Governor, Ksenia Yudaeva, stated to Russian media on Tuesday that “in principle, we do not object to the use of cryptocurrency in international transactions.”

Yudaeva then went on to clarify that the Central Bank still believed cryptocurrencies created “great risks” for Russian citizens and Russia’s financial infrastructure. The Central Bank had previously recommended a blanket ban on crypto.

The Central Bank’s announcement comes as legislators prepare a new version of a digital currency law. Government departments and lawmakers have struggled to reach consensus on the acceptance and usage of cryptocurrencies within the Russian Federation since the beginning of the war with Ukraine and the ensuing sanctions.

Minister of Industry and Trade Denis Manturov has stated that crypto payments would be legalized “sooner or later in one format or another.” Ivan Chebeskov, director of the Ministry of Finance’s Financial Policy Department, also declared last week that the Ministry was actively discussing using cryptocurrencies for international settlements.

Mounting Western sanctions have seen Russia’s access to global finances and international payment systems severely restricted. The government is seeking to replace U.S. dollars and euros for cross-border payments and is considering multiple options, including using rubles, gold, and allowing politically friendly countries to pay for goods in their own currencies. The head of the parliamentary Energy Committee Pavel Zavalny said in March that Russia would be open to accepting Bitcoin payments for energy exports.