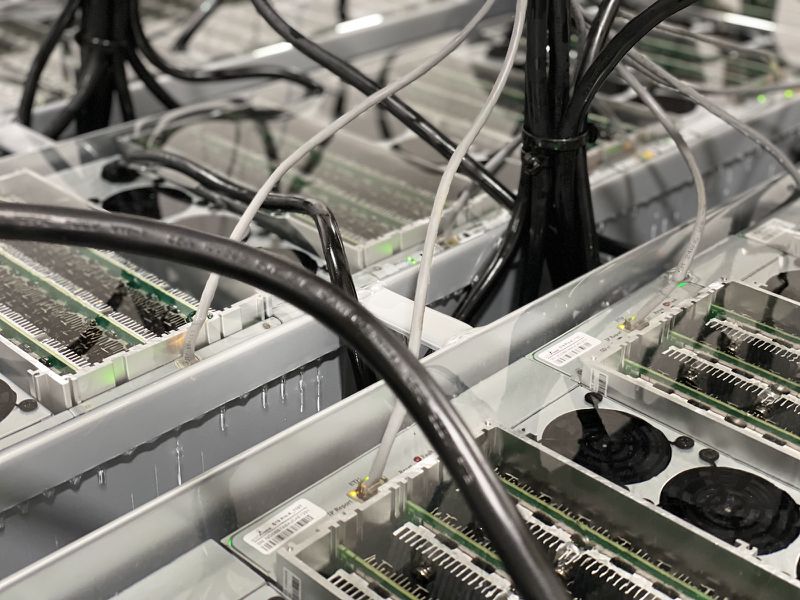 Riot Blockchain (RIOT) continued to raise cash via the sale of bitcoin (BTC), unloading more than half of the bitcoin it mined in May.

One of the largest of the publicly traded bitcoin miners, Riot in May mined 466 bitcoins, about 8% fewer than April but more than double the year-ago level.. The company sold 250 bitcoins in May, raising about $7.5 million, or an implied price of roughly $30,000 each.

It’s the third-consecutive month of bitcoin sales for the previously confirmed hodler, as the company also sold 250 bitcoins in April and 200 in March. Reflecting the near continuous decline in the price of bitcoin of late, those sales raised $10 million and $9.4 million, respectively, versus the $7.5 million raised in May.

As of the end of May, Riot still held about 6,536 bitcoin on its balance sheet.

With the bear market still in force in both traditional finance and crypto, capital markets are turning unfriendly, and Riot is hardly the only miner raising cash from the sale of its mined bitcoin.

Turning to production details, Riot said it currently has about 43,458 miners online, with a hash rate capacity of 4.6 exahash per second (EH/s), and expects to soon reach 5.4 EH/s after deploying about another 7,000 rigs..

Riot shares are down 70% this year, in-line with peers such as Marathon Digital (MARA) and Core Scientific (CORZ).