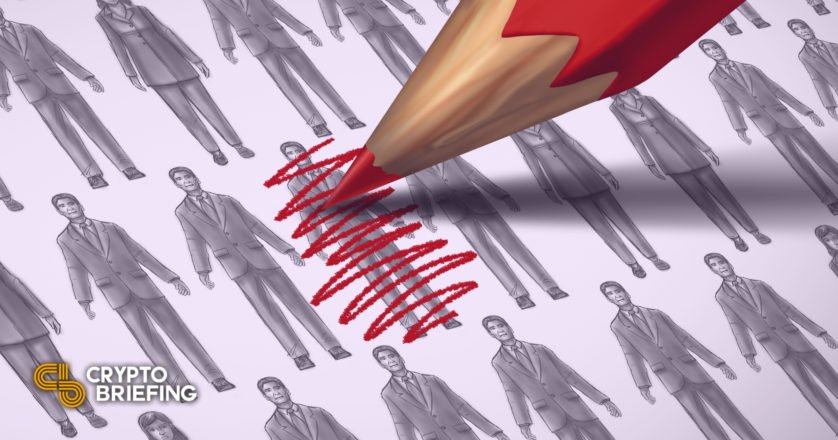 Opinion: We Need Censorship Resistant Money More Than Ever

Censorship resistance has become a hot topic in recent months. Chris Williams explains why it’s so crucial in crypto—and why we need it more than ever.

In the cryptocurrency space, we spend a lot of time talking about censorship resistance. The number one blockchain, Bitcoin, is arguably the world’s greatest example of a censorship-resistant network. No one can shut Bitcoin down because it’s running on thousands of computers around the world. No one can stop you from sending Bitcoin to another address, assuming you have an Internet connection and know how to create your own wallet. And as much as airport security guards wouldn’t like to admit it, no one can stop you from carrying $1 billion worth of Bitcoin into another country on a piece of paper if you happen to be a whale.

The evolution of the cryptocurrency space has opened up new financial opportunities for millions of people. Besides Bitcoin, now we have all kinds of magic like flash loans and instant lending, innovations made possible thanks to Ethereum’s sprawling DeFi ecosystem. DeFi is meant to be permissionless too, though issues like dYdX’s compliance with U.S. regulations and MetaMask’s wallet blocks on selected users have exposed flaws in the system.

This year, the importance of censorship resistance in crypto has become a hot topic due to recent world events. In February, Canada’s Prime Minister Justin Trudeau sparked controversy when he threatened to freeze the assets of those who participated in protests against COVID-19 vaccine mandates. Following a GoFundMe fundraising campaign ban, Canada went as far as targeting a handful of crypto wallets connected to the so-called “Freedom Convoy,” leading crypto enthusiasts like Kraken’s Jesse Powell to slam the government over its strict approach to dealing with dissenters.

A couple of weeks after the Freedom Convoy died down, Russia’s President Vladimir Putin ordered his military forces to start bombing Ukraine. In response, the West issued an array of sanctions on Russia, sending the ruble plummeting and all but ensuring the country’s economy would crumble. We saw companies like Netflix and Coca-Cola pull out of the country amid the sanctions, while Russian athletes were banned from major sporting events.

Crypto quickly became part of the story as officials warned that Russians could turn to Bitcoin to evade sanctions. Ukraine’s Minister of Digital Transformation, Mykhailo Fedorov, who led the country’s crypto fundraising campaign, even called for exchanges to block Russian users, sparking criticism from many enthusiasts and prompting top executives like Brian Armstrong and Changpeng Zhao to speak up in defense of Russian citizens.

This week, I was reminded of this issue when Binance announced that it would be limiting services for Russian users transacting over €10,000 to comply with EU sanctions. It’s the first exchange to announce a move like this, but I would be surprised if it’s the last. After all, these are companies aiming to make money—of course they will comply with regulations. “Binance gave its word to the global community that we would implement any and all sanctions actions, and we are living up to that commitment,” Zhao said in a note on the subject. “World leaders need to do what is necessary to put an end to this brutal conflict and bring peace to the region for our users, employees, and countless other blockchain community members.”

While little can stop exchanges and other centralized firms from complying with regulatory restrictions, I hope that DeFi doesn’t turn out the same way. Many people were shocked when MetaMask’s Infura inadvertently blocked Venezuelan users, and I believe we should work toward a future where anyone in the U.S., U.K., Venezuela, or Russia can take out a loan on Aave if they so desire. This is what permissionless networks were created for; we can’t just settle for a halfway house of censorship resistance when it suits us.

As crypto has grown, regulators and governments worldwide have increasingly taken notice. Besides watching DeFi, one of the responses has been a push to embrace CBDCs akin to the digital yuan used in China today. Crypto fans are already worried about the possibility of a CBDC world, and more regular people should be taking notice: if a government issues and controls a digital currency, they could feasibly program it to exclude certain citizens. This may sound like Black Mirror dystopia, but signs are suggesting that it’s coming.

In the backdrop to all of this, the richest person in the world, Elon Musk, has very publicly been playing 4D chess to acquire a 100% stake in Twitter. Elon says he wants to bring back free speech, which has angered some people who argue that Twitter could become a podium for hate speech if left unmonitored. Crypto fans have largely backed Elon, which isn’t surprising given that many share similar ideological leanings.

Whatever happens with the Russia situation, DeFi of the future, and social media networks like Twitter, we can be sure that Internet money will continue to be a powerful tool for financial inclusion (and who knows, maybe Web3 social really will take off with it). Even with exchanges now following unprecedented sanctions, no one is stopping Bitcoin anytime soon.

I doubt anyone will be able to stop Elon from memeing on the Internet either, but that’s another story altogether.

Disclosure: At the time of writing, the author of this piece owned DYDX, AAVE, ETH, and several other cryptocurrencies.