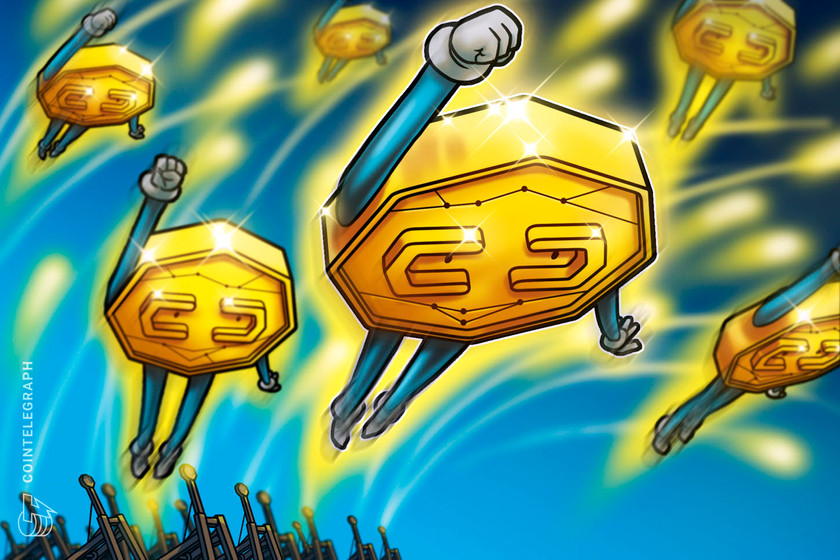 Roadmap and protocol upgrades are a few of the factors behind the month-long rally in LINK, OCEAN and HNT.

Positive price movements during bear markets are noteworthy primarily because they can help identify projects that have a good chance of surviving until the next bull cycle .

Generally, price action in June has been stagnant for a majority of the crypto market because traders are nervous about Bitcoin’s (BTC) oscillation around the $30,000 support level, but there have been a few strong performers.

Data from Cointelegraph Markets Pro and TradingView shows that three of the biggest gainers in the month of June have been Chainlink (LINK), Ocean Protocol (OCEAN) and Helium (HNT).

The Chainlink protocol is the most widely adopted oracle network in the cryptocurrency ecosystem which allows blockchains to securely interact with external data feeds for the proper functioning of smart contracts.

Earlier this week, the project revealed a roadmap for the first time and indicated that LINK staking would launch soon. The NewsQuakes(TM) alert system from Cointelegraph Markets Pro managed to capture the staking announcement for LINK on June 7, prior to the recent price rise.

As seen in the chart above, following the NewsQuakes(TM) alert for LINK which was registered at noon on June 7, the price of LINK proceeded to increase by 29.55% over the next two days.

Ocean Protocol’s native OCEAN token also was a strong performer this week and data from Cointelegraph Markets Pro and TradingView shows that since hitting a low of $0.1965 on June 3, the price of OCEAN has rallied 64.53% to hit a daily high at $0.3233 on June 9.

The climbing price of OCEAN comes after the release of the Ocean ONDA v4 data marketplace which debuted the release of data NFTs that can be used to model the copyright or exclusive license for a data asset.

Along with the introduction of data NFTS, the protocol has also introduced Ocean data framing which enables token holders to stake their OCEAN tokens and earn up to 125% APY.

Related: Chainlink brings Keepers and VRF to the Avalanche blockchain

Helium protocol is a 5G Internet-of-Things-focused project supporting low-powered wireless devices to communicate with each other and send data across its network of nodes.

HNT’s breakout occurred as the Helium community voted on HIP-51, a proposal that covered the economic and technical constructions needed to scale the Helium Network to support new users, devices and different types of networks including cellular, VPN, WiFi and LPWAN.

Voters ultimately approved the proposal on June 8, with 96.94% of voters approving the transition to making Helium a “network of networks.”