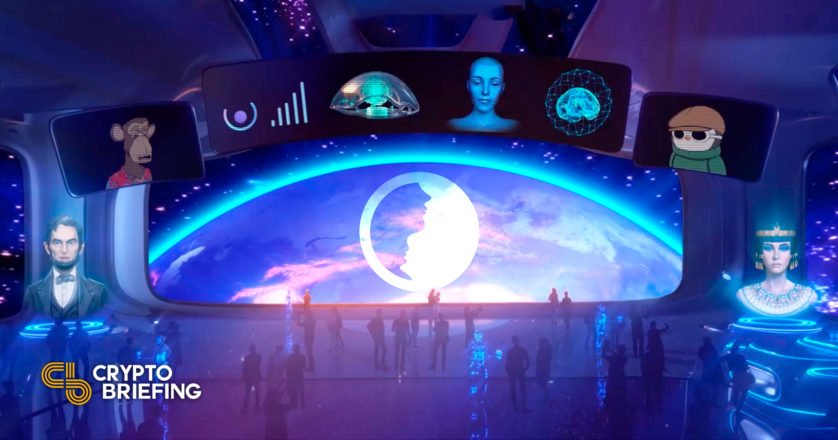 Alethea AI is pioneering intelligent NFTs. Crypto Briefing sat down with the project’s CEO Arif Khan to learn about the technology behind intelligent NFTs, their use cases, and how owners can receive rewards in Alethea’s future train-to-earn economy.

What Are Intelligent NFTs?

NFTs are everywhere these days, but less is said about intelligent NFTs. Alethea AI is one project that’s dedicated to helping the technology grow.

Intelligent NFTs—or iNFTs—are non-fungible tokens with individual AI engines that owners can train through real-time interactive conversations. Owners can create an iNFT by fusing one of Alethea’s Personality Pods with an Ethereum-based NFT avatar. This allows owners to bring their avatars to life. Currently, iNFTs can be created using avatars from 10 different projects, including Bored Ape Yacht Club, Pudgy Penguins, and FLUF World.

iNFTs can perform simple functions like reciting prose or answering questions, all the way up to higher-order tasks such as creating poetry or engaging in debates. The tasks an iNFT can perform depend on its level, which can be increased by locking up Alethea’s ALI token in the iNFT.

By training and leveling up an iNFT, owners can earn ALI token rewards for providing data to Alethea AI’s shared intelligence engine. Alethea is aiming to use this collective consciousness to build out a Metaverse populated by intelligent, individual, interactive characters that earn rewards for their owners by training and interacting with other iNFTs.

The Tech Behind iNFTs

Alethea’s artificial intelligence is based on OpenAI’s GPT-3 language model. This language learning model allows developers to feed information into an AI engine, influencing and affecting how the AI behaves and responds to questions. When Alethea AI started in late 2019, it was one of the first companies to gain access to the GPT-3, which the company used to create Alice, its first intelligent NFT.

Alice was partly modeled on the work of Lewis Caroll by feeding his literary works into Alice’s AI engine. However, Alethea also introduced Satoshi Nakamoto’s Bitcoin whitepaper to showcase the ability of the GPT-3 to create a dynamic personality from multiple inputs. When Alethea AI’s CEO Arif Khan sat down with Crypto Briefing to discuss the project, he spoke about how Alice’s personality changed after digesting the Bitcoin whitepaper, explaining:

“Once, for example, we asked her, ‘where is she based right now?’ The normal answer from Alice only would be ‘I’m in a rabbit hole,’ but [because of the influence from the Bitcoin whitepaper] she answered, ‘I’m in a decentralized crypto rabbit hole.’”

Developing Alice was a landmark moment for Alethea and acted as a proof of concept for the company’s iNFT model. In June 2021, Alice sold for $478,800 at a Sotheby’s auction.

However, using GPT-3 came with some setbacks. Alethea needed to get explicit permission from OpenAI every time it wanted to create an AI, which made it difficult to scale iNFTs and offer them to the public. Moving away from the GPT-3 software, Alethea developed its own AI engine catered toward character creation. With Alethea’s bespoke AI software, each iNFT is now composed of five different AI engines that govern how the iNFT talks, lip syncs, blinks, moves its shoulders, and responds in real-time.

The first use for Alethea’s new AI engine was creating Revenants, the company’s first iNFT collection. Revenants is a collection of 100 pre-trained iNFTs representing cultural icons from human history. Notable Revenants include famous scientists and mathematicians such as Nikola Tesla and Ada Lovelace, as well as fictional characters like Frankenstein’s monster and Dracula.

The Revenants collection was sold at auction through OpenSea in October 2021, raising 2,400 ETH worth around $10 million, breaking previous records for an OpenSea NFT collection drop. The Revenant NFTs command a high value in part because of their significance as some of the first iNFTs, but also because owners can use them to earn rewards for training Alethea’s AI engines. Khan gave one example of how Revenants are helping develop Alethea’s audio speech recognition for non-standard accents, stating:

“Our Revenants, when you talk with them, you can train the AI engine, and they will basically be what we call dedicated listeners. And every time they listen, they help transcribing occur, and the owners of those NFTs get rewarded for providing that service to the network.”

The ability to earn rewards in what Khan calls the “train-to-earn” model will not be limited just to Revenant owners. Following the success of Revenants, Alethea released its second collection, iNFT Personality Pods, which owners can fuse with NFT avatars, level up, and eventually participate in Alethea’s shared intelligence training to earn rewards.

Building from the play-to-earn phenomenon established last summer by blockchain games like Axie Infinity, Alethea is developing its own token economy centered around the idea of train-to-earn. With train-to-earn, owners of iNFTs can train them once, then set them to work interacting with other iNFTs and users to passively earn ALI token rewards for contributing data to Alethea’s shared intelligence AI engine.

Khan believes that Alethea’s train-to-earn model will prove to be a more scalable version of the current play-to-earn paradigm. He explained:

“The users in play-to-earn are human, so you require human labor and time, and there are challenges around scale, speed, and efficiency for growing there. In train-to-earn, the users are actually AI agents that have been trained once and can go out and earn for you ad infinitum. They can provide rewards to their owners for specific tasks as long as it’s value-additive to the ecosystem.”

Khan also said that there would also be human participants in a train-to-earn economy, but that they will likely be the AI agent guild owners. According to him, these guilds will likely function similarly to how play-to-earn guilds such as Yield Guild Games and Merit Circle do for games like Axie Infinity.

Alethea’s train-to-earn system hinges on the ALI token, a combined reward, governance, and utility token that will form the backbone of the economy. ALI has a fixed supply of 10 billion and is paid out to iNFT holders who provide data and participate in various initiatives to build Alethea’s shared intelligence engine. This creates an incentive to build Alethea’s AL engines, but in order to form a working economic structure, there also needs to be demand for the rewards that are distributed.

This is where token locking comes into play. For iNFTs to be able to participate in compute-intensive tasks that earn ALI tokens, owners must level up their Personality Pods by locking up ALI tokens. The more tokens an owner locks, the more complex tasks an iNFT can perform. Currently, Alethea has designated the abilities for levels one through five, with a future DAO deciding the abilities for levels six through ten.

The cost to upgrade Personality Pods at each level (Source: Alethea AI Discord)

The rewards for helping train Alethea’s AI engines are currently accumulated on an off-chain “Ali credits” system. However, the end goal is for Ali Credits to be converted to on-chain ALI tokens once Alethea has incorporated a more efficient way to distribute them. Khan explained that being able to reward contributors directly is a top priority and that Alethea is currently in talks with Polygon to find a lower-cost scaling solution than Ethereum, stating:

“We want to reward people immediately for quality data submitted, and [to have] claiming the rewards not be more costly than getting the rewards themselves. That’s possible on Polygon, but not yet on Ethereum.”

Aside from kick-starting a train-to-earn economy, Alethea has other longer-term goals for its intelligent NFTs. Khan views iNFTs as building blocks that can be deployed in various use cases, potentially leading to the creation of an entire Metaverse populated by individually trained intelligent NFTs.

In this new world, iNFTs could become personal assistants akin to Apple’s Siri or Google’s Alexa, or even take on the role of Discord bots, as Alethea has done in its own Discord to greet newcomers. Another practical use case Khan highlighted is for iNFTs to help introduce and educate people who aren’t familiar with AI about the subject.

According to Khan, one of Alethea’s biggest successes is that it lets anyone become an AI developer without knowing the technical details. “We have one community member who is a high-school teacher, and he’s bought pods to teach his students about AI,” Khan says. “Once you make AI accessible and democratize access to it, so much more is possible.”

Currently, iNFT development is in the hands of the Alethea AI community, and individual owners can train their iNFTs and create use cases for them. The next phase, Khan states, is forming partnerships with large intellectual property owners to help showcase the potential of iNFT technology. He explained:

“If there was a new Netflix series that wants to create interactive intelligent NFTs, or if Marvel wants to create Spiderman, and wanted Spiderman to be in every home as an iNFT, you could talk to Peter Parker as if it was Siri or Alexa.”

Alethea has made good progress toward building out the presence of its iNFTs. The company recently received an investment from Binance Smart Chain as part of the chain’s $1 billion Metaverse growth fund, and has also partnered with leading GameFi guild Yield Guild Games.

However, the most important factor for Alethea’s growth will be raising awareness of its unique technology. As more money rushes into the NFT space, it will be increasingly difficult for innovative projects to stand out from all the noise. Time will tell whether Alethea’s planned train-to-earn revolution will make the same kind of impact as play-to-earn did before it.

Disclosure: At the time of writing this feature, the author owned ETH and several other cryptocurrencies.