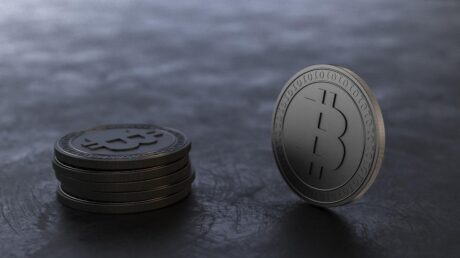 Given the growing interest in crypto adoption as a legal tender, it’s not shocking that many participants will wish to legalize bitcoin. The level of support for crypto was evident in a new survey conducted by The Economist.

This survey aimed to know the number of people who want their governments to legalize crypto. The number of respondents was 3,000, and the result showed that 37% want a legalized bitcoin and other cryptos for transactions.

Another aspect of the survey looked at the support for CBDC. The result also showed 37% support for governments to issue the financial product. One of the things that the researchers aimed to discover was whether other countries might follow El Salvador’s footsteps in legalizing crypto.

After the survey, The Economist discovered that 37% of the respondents wanted their government to declare crypto as a legal tender. Furthermore, these groups expressed their support if such a move became a reality. However, 43% of the respondents said they were not in support or against the motion, while 18% rejected the move out rightly.

The survey also focused on finding support for the CBDC launch. Amongst those that participated, 37% stated that the release of such a product would facilitate crypto adoption. But 19% of the participants see it as a mistake.

Some participants were also asked to state their views on Non-fungible tokens. Amongst those asked, 60% stated they might buy, sell or hold NFTs. But 7% amongst them said they won’t.

Another branch of crypto surveyed was Decentralized Finance. Among those surveyed, 34% supported DeFi by stating they’ll use its application to conduct all their financial transactions, whether personal or professional. But 17% said they don’t want to participate in the Defi sector.

The last segment surveyed was about digital settlements. The researchers discovered that 13% of the respondents already use crypto for settlement, while 18% stated they’re hoping for a cashless nation in a few years.

Another survey by YouGov revealed that many American residents hope that the government will Bitcoin a legal tender.

Bitcoin is ahead on the chart with few gains. Source: BTCUSD Tradingview

Notably, residents in the West were all for the potential law, while those Midwest frowned at such an idea. Also, the respondents within the age bracket of 25 to 34 are enthusiastic about a legal BTC, while the respondents above 55 years and the women don’t want it.

Related Reading | Can Bitcoin Become “One Of The Best Assets On Earth”? This Expert Bets On It

It is not surprising to get this level of support for crypto legalization. Since the adoption by El Salvador, other countries are also showing interest in following suit.