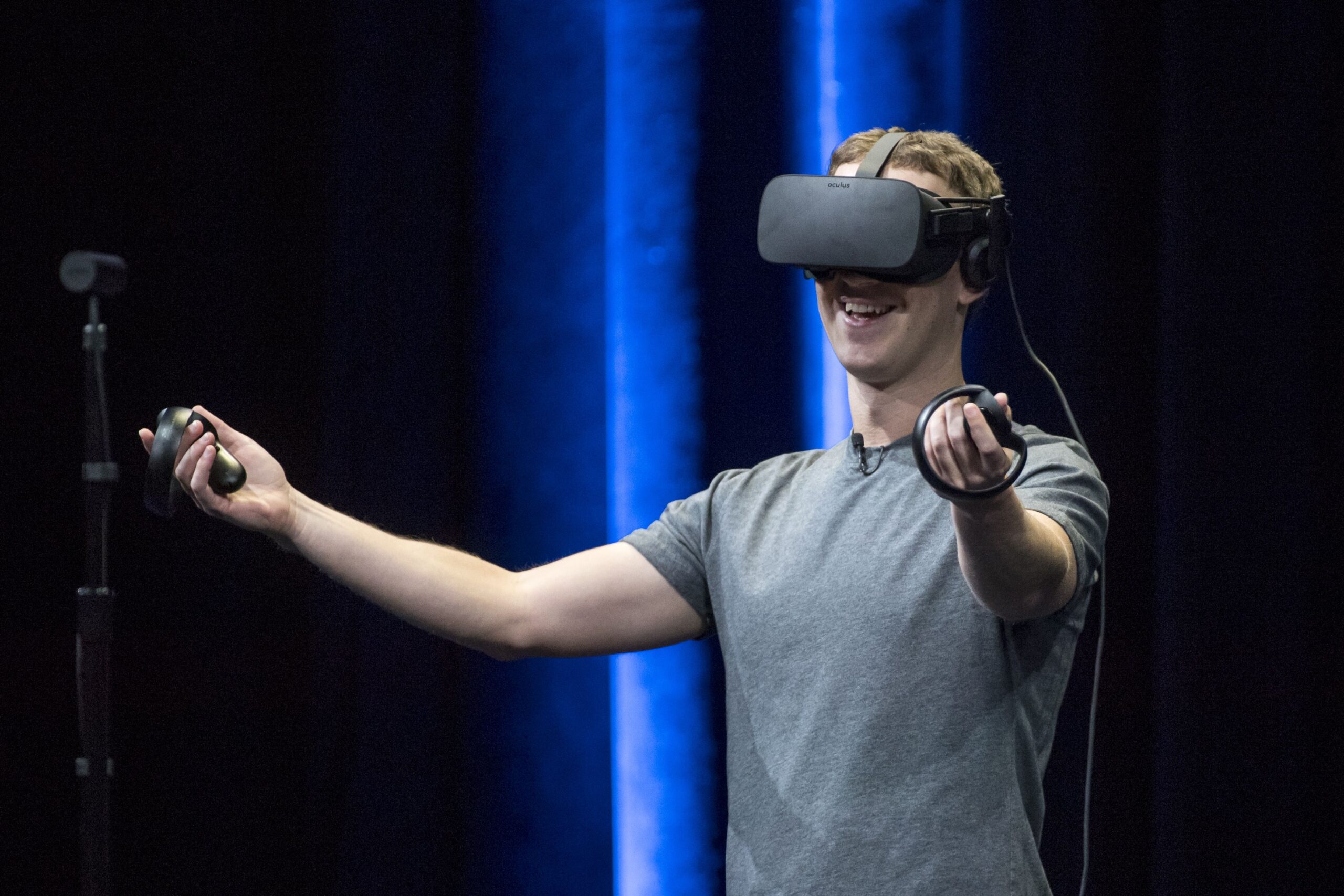 Meta Leans In to Tracking Your Emotions in the Metaverse

New patents held by Facebook parent company Meta Platforms have given us an utterly predictable and bleak glimpse of Our Zucked Future. The concepts suggest that once its shared virtual space Horizon Worlds has reached its full potential, users’ facial expressions and other biological processes could be tracked and cataloged to make in-world advertising more effective. We should expect nothing less from a company whose main product is, in essence, mind control.

The patents, compiled by the Financial Times (FT), might or might not wind up in actual products. But several of them are conceptual layups that follow clearly from the one thing that Facebook has done effectively on the two-dimensional internet: spying on user behavior and using that data to target users with tailored advertising. Meta spokesman Nick Clegg effectively confirmed to FT that Horizon Worlds will rely on the same basic model of targeted advertising and commerce.

This article is excerpted from The Node, CoinDesk’s daily roundup of the most pivotal stories in blockchain and crypto news. You can subscribe to get the full newsletter here.

Meta is working to make sure that its tracking and targeting within Horizon Worlds, though, will be even better. (For the record, Horizon Worlds thus far appears to be a walled garden owned by one company. That is by definition not part of the “metaverse.”) That means it will gather even more data about users than Meta’s current sprawling surveillance apparatus – including, potentially, biometric data about the most intimate nuances of your real-world body.

One Meta patent found by the FT, for instance, would change media content based on the user’s facial expression through Meta’s virtual-reality headset. Another was for body-tracking hardware, nominally for use as an input controller, but also ripe for gathering data about users’ pose or other bodily data. A complementary patent would allow Meta’s customers (its advertisers, that is, not its users) to “sponsor the appearance of an object” in a virtual store.

These tools would allow Meta to track your moods and reactions and alter your metaverse experience to elicit the responses that best serve its business model. In the current version of the Facebook app, the desired response is broadly “engagement” – that is, reading, clicking, buying or otherwise interacting with a piece of content. As a variety of investigations have shown, Facebook/Meta over the years has relentlessly optimized for engagement, even when that engagement was with harmful content.

This could amount to a vastly deeper level of emotional influence than Meta already has over its users. Meta’s machine-learning models of individual biometric response data could be massively powerful for influencing users’ behavior, not just within Horizon Worlds, but anywhere online.

“My nightmare scenario is that targeted advertising based on our involuntary biological reactions to stimuli is going to start showing up in the metaverse,” a technology lawyer told the FT.

“These patent applications indicate that Meta has not learned its lesson, having been accused previously of storing users’ biometric data without permission,” Emma Taylor, a technology analyst at GlobalData, responded to the report in a statement. “It is likely that the same issues surrounding data privacy from existing social media platforms will be extended, or even exacerbated, in the metaverse.”

For investors, of course, all of this terrible prognostication just sounds like thousands of cash registers going “ka-ching.” If emotion-targeting ads work, they’ll be laughing all the way to the bank as Meta’s users cede their willpower. That demands a different question: Meta’s plans are just deliciously evil … but do they actually make sense as a business proposition? Investors are the main audience for the entire Meta project at this point – but what if they’re the ones getting snowed?

See also: Facebook, Walmart and How Companies Shouldn’t Set Up in the Metaverse | David Z. Morris

The focus on advertising is a good start if you’re a Meta stockholder. Targeted advertising is basically the only thing Facebook has ever actually done well. Check out this genuinely hilarious chart, on which Facebook’s “advertising” revenue is an up-and-to-the-right line, and “other” revenue is a worm crawling along the seafloor.

Even Google, whose revenue comes mostly from ads (80%), is much more diverse. Meta has no equivalent to Android, the Play Store or the Chromebook. It has consistently flubbed and fumbled its attempts to diversify. Arguably, its biggest expansion success was its acquisition of Instagram, which ended with the founders reportedly leaving acrimoniously. Mark Zuckerberg isn’t a genius, he’s the caretaker of an enhanced Hot or Not clone who will go to his senescence mumbling about Community from behind those doll-dead eyes while cashing a river of checks from Chinese factories making knockoff Skylanders fidget spinners.

So building an ad-backed social network BUT IN 3D is about as ambitious as investors should trust Meta to be. But despite the dire warnings, I wonder just how much actual advertising alpha Meta can generate from the emotional content of a facial expression. The real meat and potatoes of a social advertising platform is product and service sales, and understanding a user’s desires on that front relies mostly on text or language, searches they input or things they enthusiastically post about. Rest assured Meta will be tracking all of that within Horizon Worlds as well, but the addition of facial expression may turn out to be a marginal advance, at least in the short term.

And we must again return to the bare truth: Meta is just absolutely abysmal at actually building usable products. So far, Horizon Worlds looks incredibly low rent and generic, and being constantly targeted with tailored ads while creepily aware that your body is being tracked won’t make it more pleasant. I can’t imagine a critical mass of human beings wanting to spend enough time there for Meta to learn very much about them, however sophisticated the spy gear.