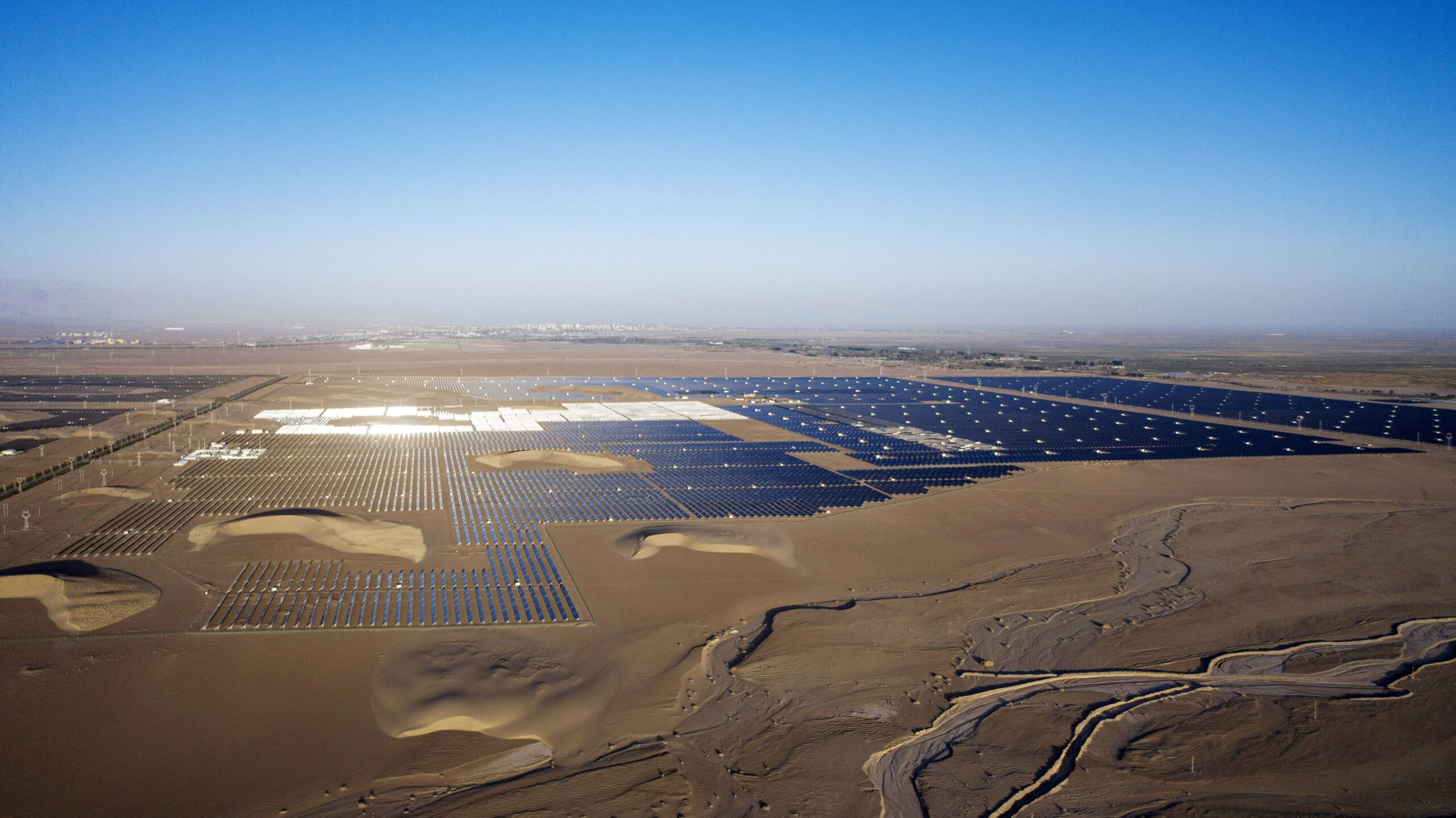 Crypto mining’s energy use will be in the crosshairs Thursday as the U.S. House of Representatives Energy and Commerce Committee discusses its environmental impact. The Subcommittee on Oversight and Investigations will question five witnesses about proof-of-work consensus mechanisms, how crypto networks are powered and what tools or solutions exist to mitigate environmental impacts.

“The profitability of mining and the increase of the value of [proof-of-work] cryptocurrencies over time supports massive investments in mining facilities, which require ever-increasing amounts of energy to power and cool machines,” a hearing memo said.

1:40 (ND) This hearing started off with questions about basics but it has evolved into a pretty substantive back-and-forth between lawmakers and the witnesses on specific issues of policy.

1:35 (ND) Soluna Computing’s Belizaire said he couldn’t speak to whether there was a 300% increase in jobs in crypto at large but did say a lot of the data centers his company runs are large and require sophisticated operators.

1:32 (EG) Witness Steve Wright, formerly from the Chelan County Public Utility District and Bonneville Power Administration in Washington state, said that big data center operators like Microsoft and Google were more interested than crypto mine operators in learning about the impact on local utility systems and customers.

1:26 (EG) Responding to a question from Rep. Lori Trahan (D-Mass.) about the viability of proof-of-stake mining, Professor Juels said that both proof-of-stake and PoW are viable options for crypto, and that centralization is a systemic issue that has to do with the dynamics of the network that can affect both types of systems. He conceded that PoS brings issues of the “rich getting richer.”

1:23 (EG) Witness Ari Juels said that consumers don’t care about terahashes, a measure of computing power of the Bitcoin network, but the number of transactions that the network is processing. Using this as a reference point, the network is less efficient than before because, while the energy consumed by the bitcoin network overall has grown, the number of transactions has remained “fairly steady” at about five per second, he said.

1:12 (ND) Professor Juels pushed back on a claim that crypto mining machines are becoming more efficient: “That is absolutely the case but also an extremely deceptive claim. Mining rigs are not like the light bulbs in our house for efficiency. More efficiency means less electricity. So to be clear, individual mining rigs are growing more energy-efficient. Crypto mining as a whole is becoming less energy-efficient. And that’s because rewards and therefore profits aren’t determined by absolute mining power, but by mining power relative to money groups are more energy-efficient. One can see this with reference to the data on overall energy consumption. crypto mining has been growing over time, particularly over the past year.”

1:09 (AA) Pulse check: Markets are holding their earlier gains but bitcoin seems to have dipped a little, falling briefly below $43,000 levels. As expected, shares of the miners and other crypto-linked stocks seem to have mostly followed the crypto prices.

1:03 (AA) The “China unplugging,” as John Belizaire stated, is a reference to when China banned all crypto-linked activities in the country last year and miners started to relocate to other regions of the world, mainly in North America.

In fact, the shift was widely publicized last year, when a new report from Cambridge Centre for Alternative Finance (CCAF) stated that the U.S. accounted for 35.4% of the global hashrate at the end of August, after China’s ban, more than doubling from the end of April in 2021. The number has likely been amplified since then.

Here is that chart from CCAF’s report:

12.55 (EG) Rep. Neal Dunn (R-Fla.) said the best way to clean up mining’s environmental impact is to bring it to the U.S., away from countries like China and Kazakhstan.

12:52 (EG) Rep. Ann McLane Kuster (D-N.H.), said that while there are bad actors who utilize carbon-intensive mining efforts, there are also industry leaders who are committed to reducing carbon emissions and are publicly traded. She asked what innovations are coming out of mining that have applications outside the space.

12:45 (ND) In response to a question from Rep. Rodgers, Wright said he believes Chelan County saw an immature part of the crypto industry when miners set up shop as far back as 2014 and 2015.

“The key thing is we had a lot of folks come to town highly capitalized, and none of them really hung around and that created a fair amount of frustration for this community,” he said.

Chelan County’s board of commissioners voted in 2018 to institute a moratorium on new miners due to concerns about energy usage, public safety and energy costs.

Wright went further in his remarks Thursday, saying, “I think there was a lot of concern candidly about the potential for decentralized and unregulated currency and what could be done and a lot of reports in the press about various activities associated with cryptocurrency.”

“Sometimes when those things happen, it happens too much. And so that energy would otherwise be wasted. And one of the great things about cryptocurrency technology and processing is that it utilizes energy in many cases that would otherwise be discarded.”

12:36 (ND) Josh Olszewicz, head of research at Valkyrie Funds, tweeted the chart below in response to Juels’ claim that just four miners could control 51% of the Bitcoin blockchain:

In other words, assuming this data stands up, the claim isn’t that totally wild. Some four-firm combination of Foundry (note: Foundry is a subsidiary of CoinDesk owner DCG), Poolin, AntPool, F2Pool, Binance Pool and/or ViaBTC could theoretically take control of the network.

12:28 (CL) Rep. DeGette asks Brian Brooks: “Do you agree that proof-of-work can be wasteful and also, very briefly, why do you think that bitcoin and these other cryptocurrencies cannot shift to the proof-of-stake method?”

Brooks responded with: “It’s clearly not wasted. It’s an asset that large numbers of people are willing to pay for, for a variety of reasons.”

When Brooks tried to explain why bitcoin mining could not shift to proof-of-stake, DeGette cut him off, informing him her time for questions was up.

12:24 (ND) Lot of “blockchain not bitcoin” vibes in this hearing so far. On the one hand, that makes sense to me – the hearing is about the energy needed to power blockchain networks and where that energy comes from. On the other, getting too deep into distinctions might just muddle the overall focus of this hearing.

Still, a lot of this hearing so far has focused on the basics of blockchain, establishing what things are and how they work.

12:17 (CL) Steve Wright, former CEO of the Chelan County Public Utility District, discussed his experience working with miners in Washington state. Miners have historically sought out renewable energy to power their operations because it’s cheap – but Wright thinks economic forces might change that.

“Clean energy resources are gaining value in electricity markets while carbon-emitting generation is losing value,” Wright said. “This appears likely to push crypto production toward fossil-fired resources for at least the near term.”

“But what is clear is that the 188 terawatt hours used by bitcoin last year out of about 155,000 terawatt hours consumed globally for all uses, was sourced more sustainably than other uses on average. So, for example, the energy mix used by bitcoin mining was about 58% sustainably sourced last year sustainable under the International Energy Agency definition including wind hydro, solar, nuclear, and carbon offsets, compared to 31% for the US economy as a whole,” he said.

12:08 (EG) “Computing can be a catalyst for clean energy development, which will reduce pollution and create local jobs,” Belizaire said. He argued that mines can soak up renewable electricity that is stranded or would otherwise be wasted.

12:05 (AA) “What I want you to remember from my testimony today is that crypto’s energy consumption is a feature, not a bug,” said John Belizaire, CEO at Soluna Computing.

A great way to start the energy consumption discussion of crypto currencies.

12:04 (CL) Juels concludes by saying: “The Bitcoin community deserves our deep gratitude for introducing blockchains to the world. But we have far more energy-efficient alternatives than proof-of-stake. For the sake of the environment and our energy infrastructure in the United States, I believe that we need to embrace these new options.”

12:00 (ND) Cornell Tech Professor Ari Juels is the first witness to speak, opening his remarks by noting that bitcoin is not blockchain. The rest of his oral testimony has been focused on defining different types of blockchain systems, how they’re powered and what their uses cases might be, differentiating between smart contracts on Ethereum vs. payments on Bitcoin as one example.

11:57 (ND) The first three lawmakers to speak addressed crypto and the potential benefits and concerns of blockchain. The fourth went on about U.S. President Joe Biden, his COVID-19 policies, his international policies, inflation and a host of other topics. Hopefully, not a sign of what’s to come.

11:53 (AA) A quick market check while the hearing continues. Bitcoin is holding its gains, rising more than 3%, above $43,000 levels. Ether, the native token for Ethereum, gained more than 5%. Meanwhile, the shares of most crypto miners, which are highly levered to the movements of crypto currency prices, are up 5% or more on Thursday.

11:46 (ND) Rep. Howard Griffith (R-Va.) opened his remarks with a quick definition of what a blockchain is and comments on how blockchain networks might interact with power grids.

“The question is, can our current political infrastructure support this level of consumption? Grid operators may need to update their infrastructure to accommodate the energy uses of some matters, which can be expensive and time consuming,” he said.

11:44 (CL) Rep. DeGette also gave an overview of proof-of-work mining and expressed concern about the influx of miners taking over former coal and aluminum plants in areas with cheap electricity.

“Now, given our current climate objections, objectives, examples like this are deeply concerning,” DeGette said. “New and innovative uses of blockchain technology are being explored every day, and we should continue to try to encourage them,” she added.

11:42 (ND) Rep. Diana DeGette (D-Colo.) kicked off the hearing by discussing both potential use cases for blockchain (energy management, health records) and what some of the environmental concerns are.

“Our focus now needs to be reducing carbon emissions overall and increasing the share of green energy on the grid. The unique energy demands of the crypto mining industry do present potential benefits, although how these will play out in practice remains to be seen,” she said in her opening remarks.

11:30 a.m. ET (ND) Good morning folks, and welcome to CoinDesk’s live coverage of the U.S. House Energy and Commerce Committee hearing on cryptocurrencies and their environmental impact. Titled “Cleaning Up Cryptocurrency: The Energy Impacts of Blockchains,” the hearing seems likely to focus on bitcoin in particular and proof-of-work more broadly, but I imagine we can expect questions about proof-of-stake and how energy is sourced.

Subscribe to Money Reimagined, our newsletter on financial disruption.