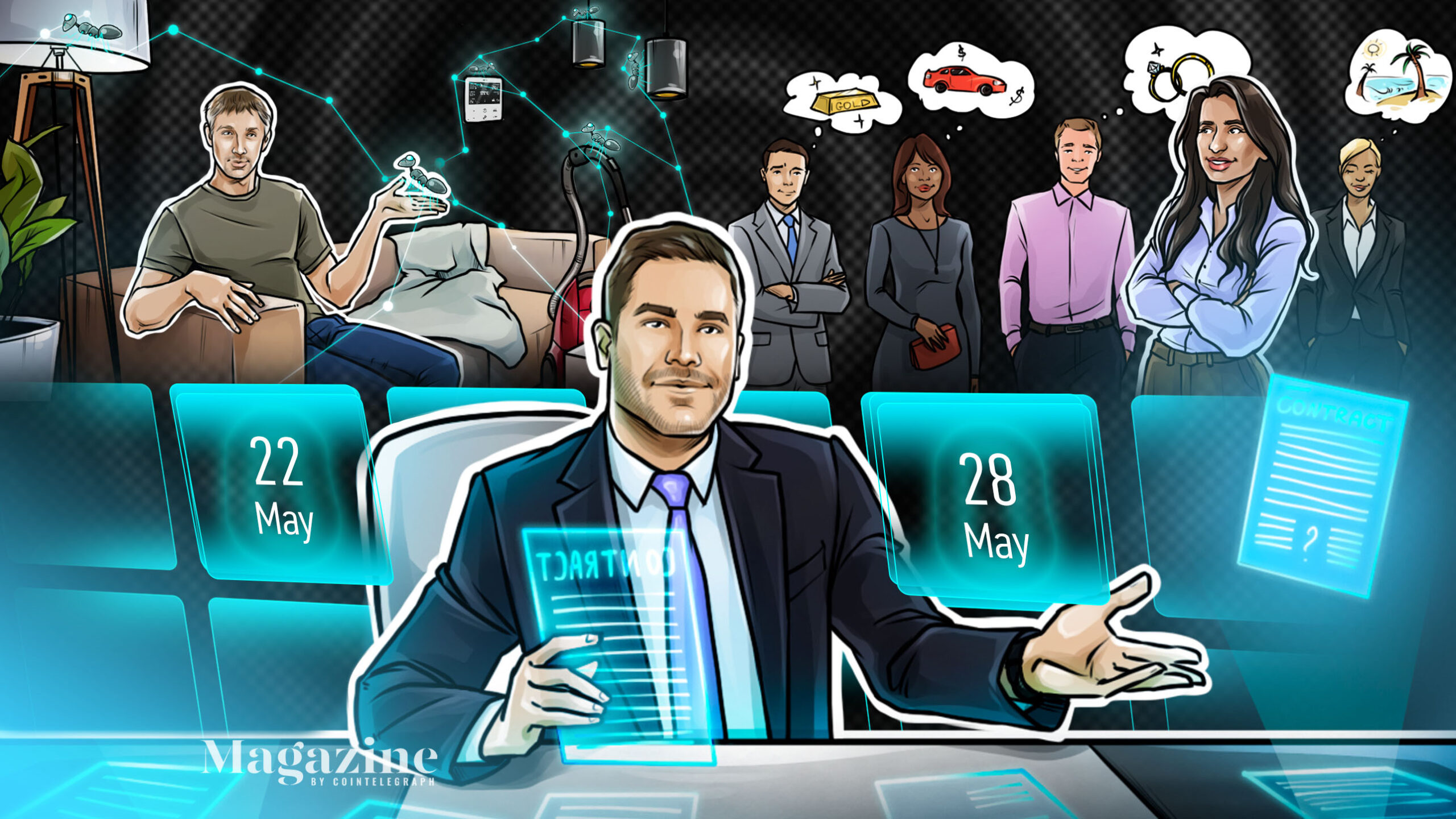 Coming every Saturday, Hodler’s Digest will help you track every single important news story that happened this week. The best (and worst) quotes, adoption and regulation highlights, leading coins, predictions and much more — a week on Cointelegraph in one link.

Venture capital player Andreessen Horowitz, or a16z, has unveiled a new $4.5 billion cryptocurrency fund. The a16z fund is the fourth of its kind and more than double the amount of its third crypto investment fund. With $3 billion earmarked for venture investments and $1.5 billion for early-seed projects, the fund will look to invest in companies at various stages in their life cycle. Andreessen’s new fund provides a strong indicator that venture capital interest in the crypto market remains high despite evidence of a brutal bear market.

A client-focused note from JPMorgan this week detailed the banking giant’s thoughts on Bitcoin, claiming $38,000 as the asset’s fair value. The seemingly bullish outlook came on the heels of depressed price action for Bitcoin, which has been rangebound below $30,000. But even in February, when BTC was valued at $43,000, JPMorgan strategists said that $38,000 was fair market value. This week’s client note from JPMorgan also pointed to the possibility of positive price action for the entire crypto space — provided venture capital investment doesn’t waver.

Per comments from vice president Richard Nash, PayPal has its sights set on giving its platform more blockchain and crypto influence. “Just walking slowly in the crypto shield with buy/sell/hold in certain jurisdictions,” Nash told Cointelegraph at the World Economic Forum (WEF) in Davos, Switzerland. “And then looking to work with others to embrace everything we can, whether it’d be the coins that we have today in PayPal digital wallets, private digital currencies or CBDCs in the future.”

Korea’s Financial Supervisory Service (FSS) is working to standardize its evaluation of digital asset risks in the wake of the Terra ecosystem collapse. While the FSS’s standardization efforts have only just begun, they are expected to lead to a legal framework for evaluating digital assets. Meanwhile, Terraform Labs CEO Do Kwon is moving ahead with an ecosystem recovery plan, having gained majority support from his community. The Terra 2.0 ecosystem went live on Friday with a new blockchain and crypto asset.

For more info on crypto prices, make sure to read Cointelegraph’s market analysis.

“Decentralization truly puts more control and power back into the people’s hands where it belongs.”

“Projects must watch the interests of their community and users because, in the end, that’s the most valuable thing you have.”

Nicky Chalabi, ecosystem success and enablement professional at Near Foundation

“A lot of the policy and regulatory issues that limit the power of moving money have to do with stripping people of their economic freedoms.”

“In TradiFi people are thinking, ‘I don’t want to lose money — how can you help me keep my wealth regardless of markets?’ So, it’s very risk-management orientated. While in DeFi, the degens are like, ‘Gimme those triple-digit yields, woo!'”

“The rise of the term ‘Web3’ is encouraging because it means that people are seeing this underlying technology feed into different applications — the ones they didn’t necessarily expect.”

“There’s absolutely no reason that a deed to a house couldn’t be a unique digital asset as long as that asset is created and stored in the correct way.”

Prediction of the Week

Bitcoin price may bottom at $15.5K if it retests this lifetime historical support level

Bitcoin’s price has continued to struggle in recent days, often trading below $30,000, according to Cointelegraph’s BTC price index. However, the asset could still fall considerably further, according to Rekt Capital.

FUD of the Week

Did you watch a video of Tesla CEO Elon Musk advertising 30% gains via deposits on a crypto platform? Be warned that the video is a scam. Classified as a deepfake, the video was doctored to look real but is not, as verified by a Twitter comment from Musk himself. The video harnesses real footage of Musk doing a TED Talk earlier in 2022, altered to deceive viewers into a scam. Deepfakes are nothing new, however. This recent effort utilizes Musk’s fame in tandem with his known crypto involvement.

The last two years have resulted in a 3,894% uptick in crypto-related spam, according to recent data from LunarCrush, a crypto intelligence outfit. One aspect making detection difficult: The undesirable action is not all bot related, with a surprising amount coming from humans. Twitter is a hotbed for spam, based on the LunarCrush data.

A hacker or group of hackers recently took over the Twitter account of Mike Winkelmann, a.k.a. Beeple. The hacker(s) that commandeered the well-known NFT artist’s account posted phishing scam tweets, angling the scam around Beeple’s recent collaboration with Louis Vuitton. Although Beeple managed to take back control of his Twitter account, the phishing effort pilfered roughly $438,000 worth of Ether and NFTs from victims.

The Moon ‘created’ his lavish reality… and says you can, too

“Three years and BOOM, you can be anything you want — a famous musician, a billionaire. It doesn’t matter what you want to do, anything can be done with the right mindset.”

Crypto is changing how humanitarian agencies deliver aid and services

“It’s almost like the whole idea of a decentralized, distributed model is exactly what worked in terms of how we operated and deployed the system.”

The collapse of algorithmic stablecoin UST created a ripple effect for the broader crypto market and put regulators on extremely high alert.