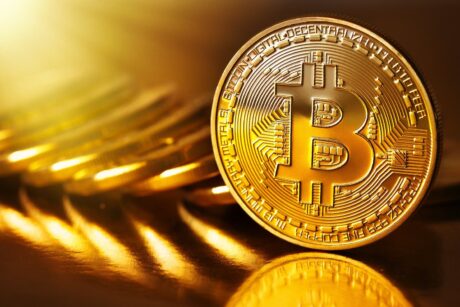 The recent market losses have seen institutional investors shift their focus once more to bitcoin. Inflow and outflow trends paint a very vivid picture of going back towards bitcoin to minimize the losses being realized from altcoins. This has seen most of last week’s inflows going into the pioneer cryptocurrency, as altcoins mark another week of little to no inflow.

The last week has seen renewed faith in the performance of bitcoin. This is evidenced by the fact that institutional inflows into the digital asset had topped at $126 million. Although the last couple of months have been a bit shaky when it comes to inflows, this indicates that there is the possibility of a complete turn in the tide coming.

With $126 million flowing into bitcoin, the total year-to-date inflows have now surpassed half a billion dollars to be sitting at $506 million. This inflow trend follows the uncertainty that has been rocking the market in the last couple of weeks.

Short bitcoin was not left out of the renewed interest. Inflows had risen to a total of $1.3 million last week. This now brings the total year-to-date inflows to $55 million, which accounts for 30% of all assets under management (AuM).

The past week showed lackluster inserts from institutional investors when it came to altcoins. Ethereum which had been experiencing continued outflows would be denied reprieved once more. Its outflow trend had seen another $32 million leaving the altcoin. This saw the ninth consecutive week of outflows for the digital asset. With so much money leaving Ethereum on a weekly basis, its AuM has declined, now making up only 7% of the total AuM.

None of the altcoins saw any inflows for the past week. However, multi-asset investment products still enjoy some positive sentiment from institutional investors. They saw a total of $4.3 million in inflow for the week, continuing its inflow streak all through the market downtrend.

Digital asset investment product inflows came out to a total of $100 million for the past week. The majority of the inflows had been recorded from the Americas, with $88 million coming in from this region alone. The European counterparts had contributed $11 million to the number.

Inflows on a year-to-date basis now sit at $570 million and outflow from investors are at $41 million. The total inflows recorded for last week bring the total assets under management (AuM) to $39.8 billion.

These volumes suggest that institutional investors are fleeing altcoins for the safety offered by bitcoin.