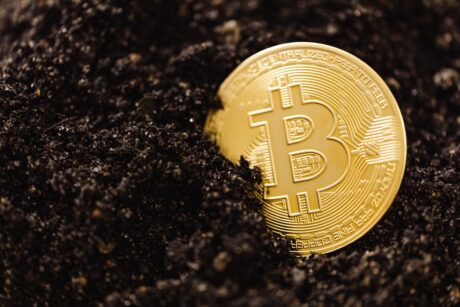 Senator Cynthia Lummis, a rancher and Republican senator from Wyoming introduced a comprehensive and sweeping bill concerning Bitcoin and crypto regulations. The RFI (Responsible Financial Innovation) Act was released on June 7th by the Senator alongside Kristen Gillibrand, a New York securities attorney, and Democrat senator.

According to Lummis, the proposed bill will lead to cryptocurrency adoption into the traditional financial system. Thus, enabling the digital currencies to become accepted as commodities.

Clear Distinction Between Bitcoin From Other commodities

The senator explained that, in promoting the crypto bill before its deployment, if the bill becomes passed into law, it will introduce a change. She said there would be a clear difference between securities, commodities, cryptocurrencies, stablecoins, collectibles, and NFTs.

Furthermore, the case of the distinct classification of securities and commodities will be determined by Bitcoin, as it possesses the most possibility of a commodity.

Furthermore, Bitcoin has a strong resemblance to a commodity in its volatility because of the demands for a scarce virtual asset with a worldwide macro price association with the price of energy. Also, Bitcoin’s inflation is caused by complex rigs that facilitate BTC token mining programs that anyone can download.

In a recent interview, Sen. Lummis was asked about her view of the SEC chairman’s stance on digital currencies being securities. She responded by saying that she agreed with his view.

Also, Lummis noted that the two leading cryptos, Bitcoin and Ethereum, aren’t considered securities. The Senators even added that the CFTC (Commodities Futures Trading Commission) should regulate them, as reported by Market Watch.

This news isn’t a little step but a product of long hours of consultation with mining and industry reps to create legislation. Lummis stated that she hopes this proposal bridges a concise regulation and, at the same time, doesn’t suffocate advancement.

Lummis reassured that there isn’t a need to worry, as it’s not needful to overregulate Bitcoin. If they try to do so, innovation of the asset will transition to other countries where it’s more accepted.

Michael Saylor’s Involvement In The Legislation

Another thing she stated was that the legislation would clearly outline the obligations of the two present regulators. These regulators include the CFTC and the US SEC (Securities and Exchange Commission). It advances the existing regulations for cryptocurrencies without introducing any newer regulatory entities.

Senator Lummis’ leading advisor is Michael Saylor, the Founder and Chief Executive Officer of MicroStrategy. She explained that he was one of the first people who’d seen the proposed bill, given his years of experience in crypto regulatory advocacy, investment, and cryptocurrencies.

In an interview with Lex Fridman on his show “Tech and Science”, the MicroStrategy boss refused to differentiate digital currencies from stocks. Also, he stated that bitcoin and securities aren’t the same.

Featured image from The Pexels, chart from TradingView.com