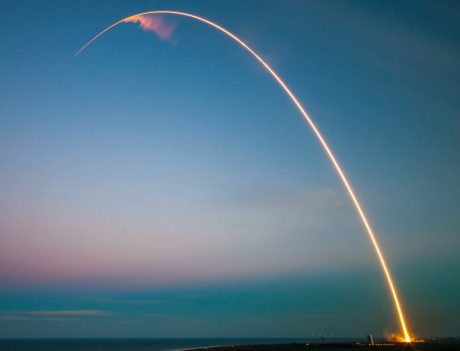 The VeChain Foundation and the Ultimate Fighting Championship (UFC) announced a multi-year marketing collaboration. The partners claim the deal is a “first of its kind” aimed at “breaking marketing ground” for the blockchain-based organization and the mixed martial arts organization.

In that sense, the VeChain Foundation will have an “unprecedented level of integration into key UFC assets”. This will include live events, broadcast features, in-arena promotion, and original content reserved for UFC distribution alone.

Data provided by the UFC claims there are over 900 million households in 175 countries with exposure to its mixed martial arts events. If only 1% of these numbers decide to enter the VeChain (VET) ecosystem, the network would see a huge spike in adoption levels.

Co-Founder and CEO of VeChain, Sunny Lu, said the following about the partnership:

It is a historical moment when VeChain, the Layer 1 public Blockchain with the most enterprise adoption, joins forces with the fastest growing sport to raise awareness that blockchain technology is critical in helping deliver major global objectives, such as sustainability. This is just the beginning of a multi-year relationship with UFC, and we really look forward to changing the world together.

VeChain’s expertise in using real-world blockchain applications to help the public and private sector achieve their carbon-neutral goals is an effort we are proud to support.  We’re looking forward to working with VeChain to leverage UFC’s worldwide popularity to promote a positive message that blockchain technology can be used to protect our environment for future generations.

According to the release, VeChain will own UFC’s official fighter rankings titleship, this is designed to provide the blockchain with visibility and to attract more users to the network. The ranking will be titled “UFC Ranking Powered by VeChain”.

The collaboration will also grant VeChain branded presence inside the UFC Octagon across all of its events. The visibility will extend to Pay-Per-View events, UFC digital, and its social media platform, and its in-venue events.

UFC and the blockchain-based nonprofit organization will collaborate to create unique content and to develop corporate activities. UFC athletes will receive financial incentives to act as VeChain ambassadors and further strengthen the network’s visibility and potential adoption levels.

The partnership will debut next Saturday, June 11 at the Teixeira vs. Prochazka at the Singapore Indoor Stadium.

At the time of writing, VET’s price seems to be slightly reacting to the news as it records a 3% profit on its 4-hour chart.

VET’s price moving sideways but with some recent gains on the 4-hour chart. Source: VETUSDT Tradingview