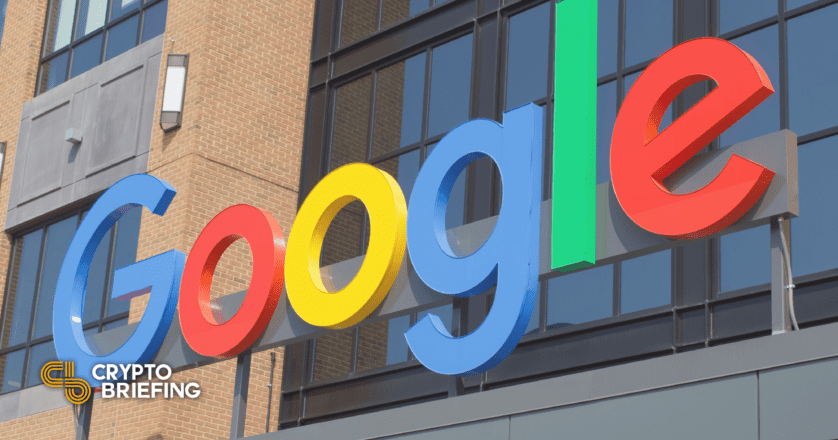 Google Cloud is reportedly constructing a Web3 team that will focus on providing blockchain services to enterprises.
VP of Google Cloud Amit Zavery confirmed details of the division’s plans to CNBC, which reported the news today.
The division previously announced details in January and has partnered with blockchain projects in recent years.

Google Cloud is seeking to add personnel to its blockchain team.

In an email, Google Cloud VP Amit Zavery said that the company’s cloud platform aims to become the first choice for developers working in Web3. He called Web3 a “market that is already demonstrating tremendous potential” and said that customers are requesting greater support for Web3 and cryptocurrency.

Zavery clarified in a statement to CNBC that the division is “not trying to be part of [the] cryptocurrency wave directly.” Instead, it is providing companies with access to blockchain technology. In other words, the division will provide blockchain-as-a-service to enterprise users, giving those users the ability to navigate blockchain data or run blockchain nodes.

The services will be similar to those offered by big tech companies such as Alibaba, Amazon, and, formerly, Microsoft—the latter of which ended its Azure blockchain services last year.

Reports from CNBC today also indicate that former Citigroup executive James Tromans, who joined Google in 2019, will lead the blockchain team and report to Zavery.

Google Cloud previously revealed plans for a Digital Assets Team and expressed many of the same goals in January. At that time, Google said it was looking at ways for customers to make crypto payments as well as take advantage of the various other enterprise services it offered. It has also collaborated with several blockchain projects, including EOS, Ontology, Chainlink, Theta Network, Hedera Hashgraph, and Dapper Labs‘ Flow blockchain.

Typically, Google Cloud serves as a node operator, participates in blockchain governance, or provides ways to handle data. In addition to those partnerships, Google cloud also began to independently manage crypto datasets for blockchains such as Bitcoin, Ethereum, and others in 2018.

Most recently, Google Cloud added support for Polygon (MATIC) datasets to its BigQuery service in May 2021.

Disclosure: At the time of writing, the author of this piece owned less than $100 of BTC, ETH, and other cryptocurrencies.