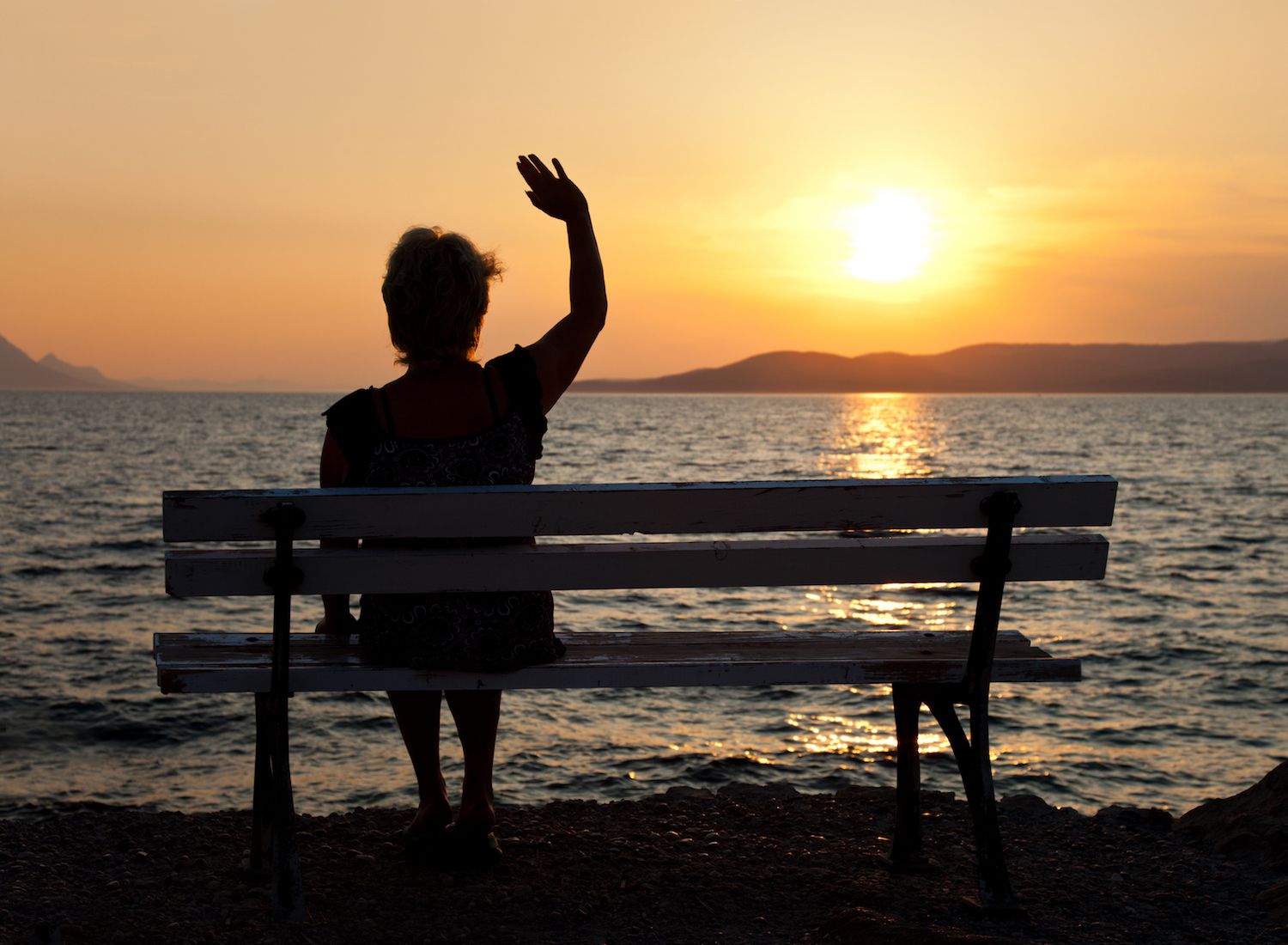 Technician’s take (Editor’s note): Technician’s Take is taking a holiday hiatus. In its place, First Mover Asia is publishing a Nov. 12 column by CoinDesk Chief Content Officer Michael Casey on how crypto could play a larger role as a means of exchange.

Catch the latest episodes of CoinDesk TV for insightful interviews with crypto industry leaders and analysis.

Bitcoin remained near $47,000 on another day of low-volume spot trading. Technical analysis supports a “buy” signal after bitcoin logged three straight days of losses this week.

The No. 1 cryptocurrency by market capitalization recovered some loss during U.S. trading hours on Thursday, after it dropped below $46,000 a day ago. The spot trading volume across centralized exchanges remained low, down from a day ago, according to data compiled by CoinDesk.

While bitcoin is still down by more than 6% in the past seven days, according to Katie Stockton, founder and managing partner of Fairlead Strategies, charts are showing bullish signals for the oldest cryptocurrency.

“Bitcoin has a new short-term counter-trend “buy” signal today per Tom DeMark’s TD Sequential model,” Stockton wrote in a technical analysis dated Thursday. “The signal supports a two-week-plus rebound, although it is low-conviction because the daily stochastics are not affirming short-term oversold conditions.

By soaring 4.4% to new record highs Wednesday after the release of a report that showed U.S. inflation hit its highest level in 31 years and then losing all of that in the day, bitcoin played straight into the hands of mainstream economists who pooh-pooh its potential as a currency.

Such volatile moves, they will argue, make it impossible for cryptocurrencies to serve what traditional economics describes as the three functions of money: i) a medium of exchange, ii) a store of value, and iii) a unit of account. A currency cannot play those roles, the argument goes, if its value is moving around so much without any predictability.

That sounds almost irrefutable, right? But what if the three functions framework is based on a flawed, or overly narrow, definition of money?

You’re reading Money Reimagined, a weekly look at the technological, economic and social events and trends that are redefining our relationship with money and transforming the global financial system. Subscribe to get the full newsletter here.

In “Money: The Unauthorized Biography,” Felix Martin argues that through history people have tended to wrongly think about money as a “thing” (such as a banknote or a chunk of a precious metal such as gold) and not for it what it is: a socially invented governance system for tracking transfers of property and clearing debt in a commonly trusted manner. By viewing money as something to be owned and accumulated, we’ve fetishized currencies rather than treating them as a means to an end.

In Martin’s construction, a country’s or an economy’s universally accepted currency is the thing. It is not the money. The currency is merely a tool that makes it easier to carry out the extremely difficult task of recording, counting and valuing transactions across a community of otherwise untrusting strangers.

In this way, cash can be viewed as a decentralized, peer-to-peer record-keeping device – as if by me giving you $10, my anonymous account in the dollar economy is debited by that amount and yours is credited. If you deposit those funds into a bank, you move the account into a different accounting system, but it’s ultimately serving the same function.

Over the centuries, this national currency-based money model became dominant, as sovereign states shaped it into a system of social organization and control. Whether it was fiat currency or gold-backed currency, the state set the rules and provided the foundation of trust – with varying degrees of success – by which people would use these record-keeping devices. But that is not the only way to think of how money could be organized.

Now, a new breed of open, censorship-resistant, geography-agnostic value transfer systems has emerged. Cryptocurrencies and their underlying blockchain protocols can provide rules and a framework of trust for users without needing to draw their authority from governments, even if their users remain bound by the laws of their home countries.

Many cryptocurrency proponents, filled with the same “focus-on-the-thing” instinct, tend to think of bitcoin replacing the dollar or at least providing a parallel alternative. But it’s possible to see a pathway where blockchains and digital assets (a much better descriptor of the tokens for these purposes than “cryptocurrencies”) do away with the need for universal common currencies altogether.

We have a long way to go, but if interoperability protocols and transaction processing can be scaled in a properly decentralized manner, such that buyers and sellers of digital assets can conduct cross-chain atomic swaps en masse without having to trust intermediaries, something akin to a global system of fractionalized digital value exchange is conceivable.

Need a car? You can buy it, not with dollars, but with a portion of another piece of property such as your small stake in that Beeple non-fungible token. Ironically, this vision seems like a new, digital version of an otherwise archaic value exchange system: barter. In this way, using the power to fractionalize digital ownership to any size imaginable addresses at least part of the “coincidence of wants” problem that made that system inefficient for civilizations.

Now, I can already hear traditional economists scoffing. What are you going to denominate those exchanges in? We need a common currency to overcome the impossible task of finding a real-time, fair price value for each asset across a gargantuan number of categories.

And, sure, to avoid using, say, a single currency as the reference price, we would need to build something unfathomably complex. We would need a universally accessible, open pricing platform that takes in data from a global network of price oracles tied to quadrillions of verifiably trusted devices deployed in every corner of the world. Based on a classification system for a massive variety of assets, it would constantly make available an almost infinite number of ever-changing cross-reference values in each asset relative to any of all the other assets. It’s kind of impossible, or at least it is until we get we’re on the verge of the singularity.

But we don’t need to achieve such an all encompassing state to start to break down the dominance of national currencies. The dollar could remain as the world’s reference price, for example, but there would be no need for people to obtain it in a transaction. In effect, we could strip dominant currencies of their medium of exchange and store-of-value functions while maintaining their unit of account role.

Already, central banks in Singapore and the United Arab Emirates are exploring interoperability solutions for their central bank digital currency that would do just that. The implications for the dollar’s investable status as the world’s reserve currency are profound.

And if we reduce our imagination to a scenario many sizes smaller than the universal digital barter system discussed above, the prospects for fragmented areas of in-kind exchange that either bypass existing currencies or use them as reference prices are much greater.

Think of how ether, viewed by many not as currency but as a crypto commodity that powers the Ethereum network, is already widely used as the medium of exchange for buying and selling NFTs. And, of course, for all the “bitcoin cannot be a currency” dismissiveness, it has long functioned, along with ether, as a fundraising vehicle for token sales.

In those situations, the dollar is still lurking in the background as either the explicit or implicit reference price.

Also, the more this goes on, the more people start to “think” in bitcoin, ether or some other digital asset. There are plenty of bitcoiners who like to remind everyone that, whatever its price versus the dollar, one bitcoin continues to be worth one bitcoin. Many believe bitcoin, with its censorship-resistant, persistent supply mechanism, could evolve to become the base layer collateral for the global financial system, taking on a role akin to Treasury bonds.

Whether, in this coming world, the dollar fully disappears from the picture or remains a reference price, the expansion of a crypto system implies it could eventually be a universal unit of account. With a claim to the other two supposed functions of money – a medium of exchange and a store of value – will the dollar cease to be money?

The answer is that the dollar – the “thing” – never was money. It was an element of money, one piece – albeit a dominant piece – of society’s system for tracking property transfers and clearing debts. In the future, the dollar’s role in that system could be diminished, while the role of bitcoin, ether, NFTs and other digital assets could increase. None of them will be money as we used to think about it.

In case you missed it, here are the most recent episodes of “First Mover” on CoinDesk TV:

Securities and Exchange Commission (SEC) Commissioner Hester Peirce joined “First Mover” to discuss a wide range of topics affecting the crypto industry and markets in 2022. That included the future of stablecoins, the prospects for a U.S. bitcoin ETF, regulatory concerns around NFTs, and the status of Peirce’s Safe Harbor proposal. Also, a look back at top NFT stories that helped drive mainstream crypto adoption in 2021.

SEC Commissioner Hester Peirce Says Washington Doesn’t Need a New Crypto Regulator: Known affectionately as “Crypto Mom” for her support of the industry, Peirce also warned on CoinDesk TV that the SEC might soon turn its eye towards NFTs.

Binance Still Not Authorized to Operate in Ontario, Securities Commission Says:OSC’s statement on Thursday comes after Binance said on Wednesday it had worked with regulators to ensure continued operations.

Rapper Latash? on NFTs and Inclusivity in Tech: The way the hip-hop artist and Zora community manager sees it, NFTs’ benefits are well worth the gas fees.

Other voices: Cryptocurrency Should Be Added to the U.S.-Japan Trade Deal(Rand Corporation)

“Even if it is less spectacular than 2021, 2022 will see major moves, such as the launch of Ethereum 2.0 (finally!) and a retreat of NFT-mania (probably!). And given the maturing of the industry, there will be plenty of capital to fund the continued building of interesting projects and plenty of opportunities to get involved if you’re paying attention. There are also major real-world factors that will affect crypto, from U.S. interest rates to inflation to COVID variants – some more predictable than others.” (CoinDesk columnist David Morris)

“There are 936 startups valued at more than $1 billion in the world today. What do we think this chart looks like in, say, 5 years?” (Wall Street Journal technology columnist Christopher Mims on Twitter)

Subscribe to Crypto Long & Short, our weekly newsletter on investing.