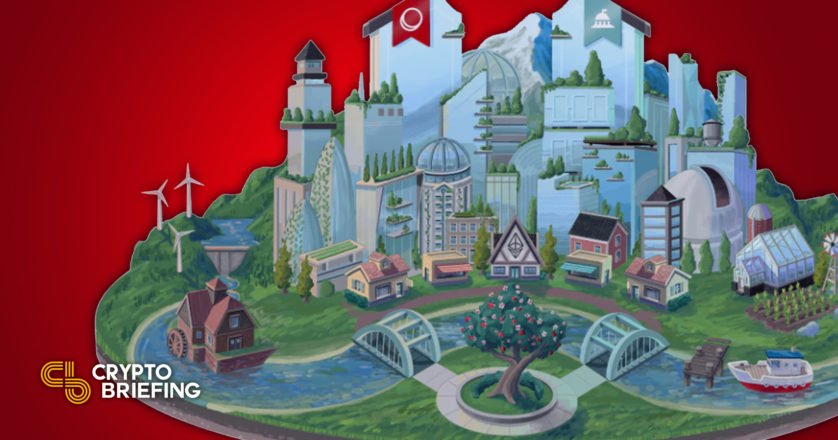 Optimism’s OP token is live.
A portion of the OP supply has been distributed to eligible addresses via an Ethereum airdrop, with more airdrops to follow in the future.
The OP token forms part of what Optimism is calling “the Optimism Collective,” the community that will govern the future of the Layer 2 network.

The Layer 2 scaling network launched its new token after much anticipation late Tuesday. As is standard practice in the crypto ecosystem, Optimism initially distributed OP via an airdrop to a select number of eligible addresses. Early Optimism users were rewarded, along with those who met other criteria such as having used bridges to move tokens off Ethereum mainnet or donated to Gitcoin within a set timeframe.

Early hints of today’s launch first surfaced when Bybit, MEXC, and other exchanges announced plans to open OP spot trading imminently. The Optimism team also surfaced on Twitter this afternoon to share a cryptic message with the community. “sup nerds,” it read.

Optimism first introduced OP in April when it unveiled “the Optimism Collective.” It explained that the collective would be an “experiment in digital governance at scale” with OP serving as the Optimism community’s token for governing protocol upgrades, project incentives, and other aspects of the network. While the team initially allocated 5% of the 4.29 billion supply to the first airdrop, it promised that there would be “an entire season of airdrops” dipping into a further 14% of the total supply. So far, it’s yet to announce details of any further airdrops.

Optimism is one of several projects working to help Ethereum scale by building out the network’s Layer 2 ecosystem. It achieves this by leveraging Optimistic Rollups, a form of cryptographic technology that bundles transactions together to reduce the traffic load on Ethereum mainnet. Along with ZK-Rollups, Optimistic Rollups found in projects like Optimism offer a way to use Ethereum at a higher speed and lower cost without sacrificing the Layer 1 network’s security.

OP is expected to play a vital role in the Layer 2 ecosystem as its holders will essentially have the power to decide how the network’s future will look. Notably, in a move not seen in other prior Ethereum airdrops, Optimism is also planning to issue non-transferable “soulbound” tokens to members of the Optimism Collective. The team has dubbed OP recipients as members of the “Token House,” while the soulbound tokens will go to members of the forthcoming “Citizens’ House.” Together, these two factions will form a bicameral system to govern Optimism’s future.

At press time, price data for Optimism’s OP token was not yet available.