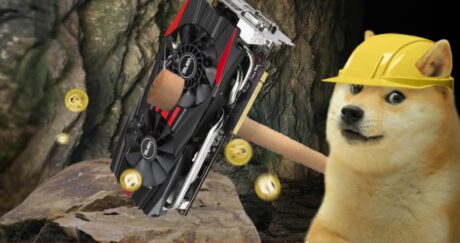 Dogecoin continues to plunge as it failed to retain support at the $0.08 level. The bad news is that the Dogecoin price can still fall further down as the bears appear to have bypassed the triangular structure that has latched ferociously around it the previous month.

With the structure breached, the bears could pump in more capital to earn more from the DOGE plunge. The bearish candle is now falling head-first which boosts the confidence of many traders to go all-in with the bearish stance.

DOGE’s price currently sits at $0.075. And a pause is expected before it goes for a bull run at $0.072. However, the bearish outlook will remain until the liquidity at $0.068 is driven out.

Another strong indicator of a bearish control is the DOGE price wasn’t able to get through the Relative Strength Index 40 level.

Regardless of the little improvement, DOGE mining revenue is still down at 76.2% in the last year, making the popular meme coin one of the less profitable mining options around, according to crypto market data aggregation and analytics platform CryptoRank.

Dogecoin is at the top of the list of the five least profitable mining alternatives. Source: CryptoRank.

A drop of more than 70% in mining profitability is not impressive at all for traders – not one bit. So, does this hint trend exhaustion anytime soon?

DOGE price significantly dropped by 3.48% in the past week and was also changing hands at roughly $0.077. In addition, after the meme token dropped sharply on May 11, DOGE has since been in tight trading range. Could this possibly indicate a move up?

The indicators point towards a bearish trend. RSI has lounged under the neutral point or even appears to be southbound as of this writing.

Meanwhile, the volatility of DOGE is only at 88.28% in the past 30 days. All of these indicate that there is no trend exhaustion at least in the next coming weeks.

Investors should look more at the volume before taking long bets. There has been a free fall following April 26 which indicates a low buying and selling activity. Investor interest has waned intensely for a couple of weeks.

The social dominance metric hovers currently at 4.88% during press time which indicates that social media power is at play and that people continuously talk about Dogecoin despite the shivers of the crypto winter.