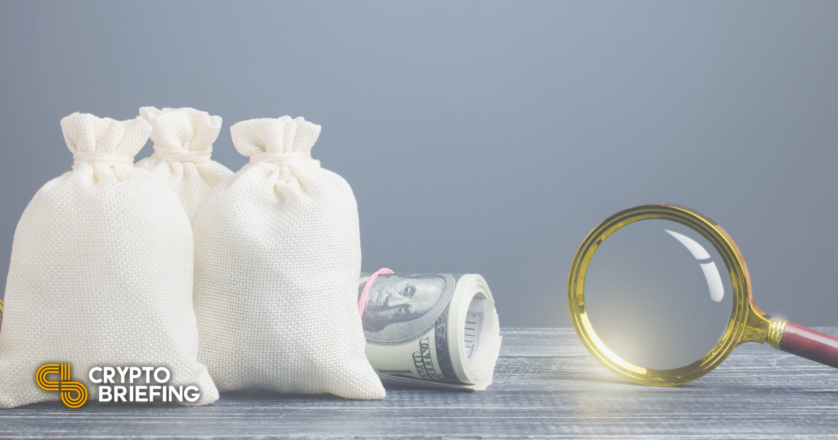 Divergence Ventures is a VC fund with investments in Ribbon Finance.
On-chain data shows that an analyst at the fund recently received a total of 702 ETH from a number of wallets that had interacted with Ribbon Finance. The wallets received the project’s airdrop then traded the tokens for ETH.
The firm has posted a public apology and sent 702 ETH to Ribbon’s DAO.

Divergence Ventures has admitted that it “crossed a line” and sent 702 ETH to Ribbon Finance’s DAO.

Divergence Ventures is in hot water with the crypto community.

The VC firm suffered a major blunder today after it emerged that one of its analysts had made the equivalent of $2.5 million in airdropped tokens from a project it had invested in.

On-chain data shows that an Ethereum wallet associated with the firm’s analyst Bridget Waters received 702 ETH from other wallets that had been included in Ribbon Finance’s recent airdrop. Each of the associated wallets exchanged the project’s RBN tokens for ETH and then deposited the funds to her address. As some Twitter users pointed out, Waters publicly posted her Ethereum Name Service domain as recently as last month, which made it easier to identify the wallet as hers.

Divergence Ventures took to Twitter after the transactions were exposed, urging the community to blame its founders, George Lambeth and Calvin Lui, rather than Waters. A series of tweets explained that the fund’s goal is “to make money” and that they correctly guessed that there would be an airdrop. “Don’t drag her, drag us,” the message read.

The announcement clarified that the fund had only invested $25,000 in Ribbon, before confirming that it had decided to send the 702 ETH to Ribbon’s DAO. “Sorry for crossing a line,” it read. It concluded with a link to an Etherscan transaction showing that the funds had been sent to the DAO.

Ribbon community manager Julian Koh also took to Twitter to deny any foul play. “There was a lot of speculation of insider information between team and investors, but I’d like to clarify what we did and did not disclose,” he wrote. Koh claimed that Ribbon had informed Divergence Ventures that it would distribute a token via an airdrop but said that it did not clarify eligibility criteria for the airdrop nor the date and amounts. DeFi airdrops are typically distributed to early protocol users. As they are usually allocated to any wallet that completes a certain type of interaction, it’s possible to “farm” airdrops by interacting with protocols rumored to release a token on multiple wallets.

Although Divergence Ventures has apologized for the incident, the crypto community has criticized its actions, with some likening Waters’ activity to insider trading. “VC uses potentially privileged information to farm and dump $2m airdrop of THEIR OWN PORTFOLIO CO… That’s one way to avoid token vesting lockups,” Cobie, popular crypto personality and UpOnly host, wrote.

Gabagool.eth, the on-chain analyst who first posted about the suspicious trades, also pointed out that the addresses that funded Waters’ wallet had interacted with many other projects, likely in anticipation of other airdrops. One of those projects was Charm Finance, which Divergence Ventures has a stake in. On-chain data also shows that several of the addresses have interacted with Foundation, among others. Reflecting on the firm’s actions, Gabagool.eth told Crypto Briefing:

“I think ethically it’s a bit complicated. Did they do anything illegal? I’m not sure, but it certainly looks bad for them to invest in a project and have an employee airdrop farming like this on the side, market dumping on launch day +1. Clearly, as they returned the funds, they understand that people would not like this. DeFi encourages gamification, but there are a lot of smart people who do this full time, and the game is a lot more rigged than people like to admit.”

The incident recalls another high-profile case from last month in which OpenSea’s Head of Product Nate Chastain was caught using insider information to profit off the marketplace’s promoted NFTs. The employee resigned after on-chain analysts exposed his activity.

Divergence Ventures did not immediately respond to Crypto Briefing’s request for comment.

Disclosure: At the time of writing, the author of this feature owned ETH, ETH2X-FLI, and several other cryptocurrencies.