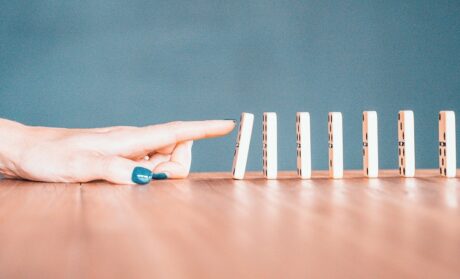 Did Celsius set off the domino effect? Almost a month ago, The Block Crypto reported that Celsius pulled at least $500M from the Anchor protocol before the collapse. Two weeks ago, blockchain analytics firm Nansen identified Celsius among the seven big wallets that allegedly triggered the bank run on Anchor. Recently, Celsius responded.

Is this the explanation for the Terra/ LUNA collapse? Was this whole situation not a deliberate attack? Were natural market forces responsible instead? The estimation is that 75% of all UST in existence was locked in the Anchor Protocol, a service that offered a suspiciously high 19.5% yield. That number was one of the main drivers behind UST and LUNA’s success. It’s only logical that the bleeding started there.

According to this theory, how did all of this happen? Let’s explore the facts and explanations provided by all parties involved.

When the Terra/ LUNA crash happened, a deliberate attack on a perceived vulnerability was the first and main theory. According to Nansen’s “On-Chain Forensics: Demystifying TerraUSD De-peg” report, “This on-chain study refutes the narrative of one “attacker” or “hacker” working to destabilize UST.” How did it happen, then? Well, the natural market forces unraveled the poorly designed algorithmic stablecoin. Back to Nansen:

“Our analysis leveraged on-chain data to demystify what happened before and during the UST de-peg. Through the examination of on-chain activities, we found that a small number of wallets and a likely even smaller number of entities behind these wallets led to imbalances in the Curve liquidity protocols that were regulating the parity between UST  and other stablecoins.”

One of those wallets belonged to Celsius. Did they know a collapse was incoming? Or did they just react first to a dangerous situation?

The Terra/ LUNA collapse began on May 9th. Two days later, Celsius tweeted this cryptic message: “As part of our responsibility to serve our community, Celsius Network implemented and abides by robust risk management frameworks to ensure the safety and security of assets on our platform. All user funds are safe. We continue to be open for business as usual.”

What did Celsius mean? The circumstances forced them to explain themselves. In the article “Search Continues for Source of TerraUSD Crypto Bank Run,” the Wall Street Journal paraphrases them:

“Celsius said that its risk-management group recognized “shifts in the stability” of the platform that prompted it to remove its assets only for the sake of protecting its customers’ money. The company didn’t profit from the instability, it said.”

It also confirms that one of Celsius ‘ business models was to simply accept deposits from their customers, lock the funds in Anchor at a 19.5% yield, offer their clients a 14% yield, and pocket the difference. However, “it wasn’t clear to investors that their money in a Celsius account might have been invested in the Anchor platform. Celsius, Voyager and others in the industry don’t usually disclose their counterparties.”

Where Does The Money Come From?

The Wall Street Journal article went deeper than the Terra/ LUNA collapse. It pointed a magnifying glass at DeFi in general.

“In DeFi, it isn’t easy to understand who provides money for loans, where the money flows or how easy it is to trigger currency meltdowns. This is one reason regulators are concerned about the impact of DeFi on investors and the broader financial system.”

As an example of that, check out The Block Crypto’s explanation of how Celsius staked its money in the Anchor Platform. Apparently, doing all of this instead of buying UST directly is what saved the company:

“The process of depositing funds to Anchor Protocol was convoluted. Igamberdiev explained that it involved first staking ETH using Lido to receive Staked ETH (stETH); then sending stETH to Anchor vault on Ethereum in order to mint and send bETH (a token representation of stETH) to Wormhole, a crypto bridge; minting bETH on Terra using Wormhole; before finally depositing bETH to Anchor Protocol.”

We gave Celsius the right to reply. It’s only fair that we end this with Cory Klippsten’s criticism of the service, Swan Bitcoin’s CEO said:

“It’s being marketed as a better savings account and it’s not. What you really are doing is, you’re an unsecured lender. They’re gathering retail loans and investing it out the back end in lightly regulated activities.”

Do what you will with all of the information in this article. Plus, do your own research.