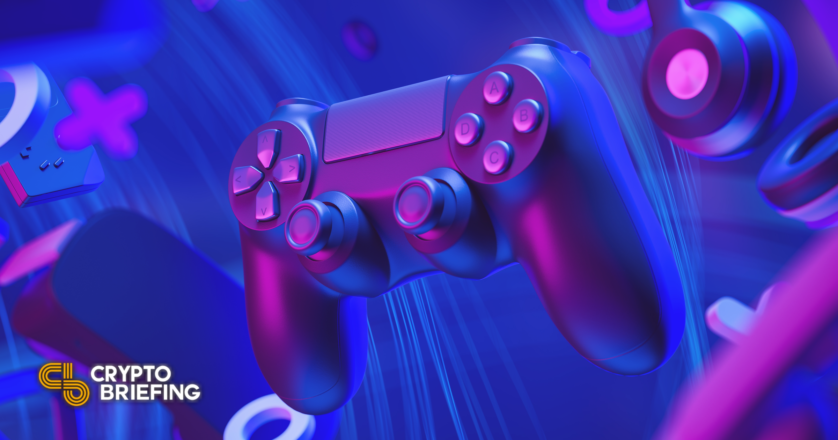 Yield Guild Games is the biggest play-to-earn gaming guild in crypto, with over 87,000 guild members.
It’s structured as a DAO that invests in revenue-generating in-game NFT assets.
It purchases in-game NFT assets and rents them out to players for a percentage share of the revenue earned from playing crypto games.

Yield Guild Games is a play-to-earn blockchain gaming guild structured as a decentralized autonomous organization. It focuses on investing in revenue-generating NFT assets used in virtual worlds and blockchain games.

What Is Yield Guild Games?

A GameFi and DAO revolution is unfolding, and Yield Guild Games (YGG) is at the forefront of the movement.

The raw economic potential unlocked by merging gaming with cryptocurrencies can not be overstated. Video gaming is a $160 billion industry with an estimated 3.24 billion gamers around the world. Many passionate gamers dream of getting paid to play games. However, until now, that dream has only been achievable for an extremely small subset of players—the cream of the crop professionals that win tournaments. Most games are too small to even attract professional players.

NFTs and play-to-earn games like Axie Infinity have exploded in popularity in 2021. Collectively dubbed “GameFi,” these Web3-native projects represent the cross-section between gaming and DeFi. For the first time, they have made the dream of making a salary from gaming accessible to anyone with an Internet connection and the inclination to get started, including casual gamers that wouldn’t otherwise stand a chance at earning any money. Axie’s rise in 2021 has revealed a huge demand for crypto-based, player-owned games where the actual financial beneficiaries are not the game developers or publishers, but the players themselves.

Being able to own and freely trade in-game NFT assets for crypto and fiat currencies means that players can now capitalize on their time and skills by playing games. As a result, the crypto space has seen gamers and crypto natives begin to organize in communities to leverage the power of groups and supercharge their earnings. Presently, the largest of these communities is Yield Guild Games (YGG), a gaming guild structured as a DAO focused on investing in yield-generating NFT assets used in virtual worlds and play-to-earn games.

Sarutobi Sasuke, a member of the YGG team who chooses to preserve their real identity, says that the idea for the project evolved out of the Axie Infinity scene, which grew exponentially in the Philipines during the COVID-19 crisis. “Initially, we were building out these Axie scholarships, which are yield-generating game assets that could be distributed among communities for the shared benefits of the community and the underlying guild,” Sasuke tells Crypto Briefing.

Seeing the potential of the play-to-earn trend early on, and how it could change people’s lives, Gabby Dizon, Beryl Li, and a team member who goes by the name Owl of Moistness, co-founded YGG in order to organize gamers into a powerful cross-game gaming guild that could leverage its collectively-owned game assets to become a dominant force in the booming play-to-earn scene.

The value proposition of YGG is straightforward. The DAO invests in-game assets that allow it to earn some form of revenue. For example, in virtual worlds like The Sandbox or games like Ember Sword and Splinterlands, YGG functions like a traditional real estate investment trust (REIT)—only in the Metaverse, where it buys virtual properties like LAND in The Sandbox and rents them out to generate cash flows for the shared benefit of the DAO.

In the case of Axie Infinity, in addition to owning virtual property, YGG generates revenue by breeding and renting large numbers of Axies to players. The players then use Axies in-game to earn Smooth Love Potion (SLP) tokens. The income from SLP is shared between the guild, scholarship providers, and players, with 70%, 20%, and 10% going to each respectively. With games like Guild of Guardians, YGG plans to buy Mythic Guild and Legendary Heroes NFTs and then rent them out to guild members for a portion of the in-game revenue generated from them.

YGG is best described as a hybrid decentralized entity that is part cross-game gaming guild and part community-governed investment fund.

Traditionally, gaming guilds have always represented in-game groups consisting of players united over a common in-game goal. For example, in multi-player role-playing games like World of Warcraft, players join in-game guilds to improve their chances of successfully raiding the most challenging instances, killing the toughest bosses, and acquiring the best gear.

YGG innovates on this idea by constituting a decentralized, “supragame” guild spanning many play-to-earn games. “We share a resemblance to traditional guilds in the gaming space,” says Sasuke, “but we’re less centric to one game and more open to a wide array of games.” The common goal of the guild is to leverage guild-owned NFT assets to generate as much revenue for itself as possible.

To achieve this goal, YGG is structured as a DAO, whereby guild members can make proposals and vote on the organization’s direction, including how investments are made or how revenue is shared. YGG will also implement various staking vaults, where each vault will accrue income streams from one or more games. For example, one of the vaults could be dedicated to income from breeding and selling Axies, while another to the revenue from renting virtual real estate NFTs in The Sandbox or Ember Sword. YGG will eventually also implement a vault stewarding the full range of revenue streams collected by the DAO, suitable for more passive investors seeking broad exposure to the play-to-earn market.

YGG has become the largest community in the play-to-earn gaming space since the guild launched in the first half of 2021. YGG’s core team currently totals more than 30 people, while the community counts over 87,000 members and 5,500 Axie scholars. According to Sasuke, this is only the beginning. YGG wants to build a global economy of play-to-earn games and become the largest guild the gaming community has ever seen. He says:

“We’re expanding across many different verticals simultaneously: investing heavily into new games, partnering with upcoming projects, building out guild mechanics, and growing our esports community, amongst other things. We’re aiming to become an extremely global operation, with subDAOs deployed across many different geographies.”

The subDAOs Sasuke refers to represent smaller, more tight-knit organizations operating under the YGG umbrella that will either specialize in specific games or be governed by distinct local communities. The idea is to boost the operational effectiveness of the YGG DAO by introducing compartmentalization and specialization. For example, the Filipino play-to-earn gaming community could organize and semi-autonomously operate as a separate YGG subDAO, coordinating with and siphoning a portion of its revenues to the core YGG DAO.

The Future for YGG

As the first global gaming guild and DAO operating as an NFT investment fund amid an explosion in play-to-earn gaming, YGG is in a strong position. The virtual real estate in play-to-earn games like Axie Infinity is scarce, meaning that if the games see wider adoption, the real estate could become more valuable in the future.

Additionally, in-game guilds could prove to be powerful as the Metaverse expands, especially if they include skilled players with significant backing. It’s worth noting that play-to-earn also often means pay-to-win. In other words, the reward dynamics of play-to-earn games are skewed towards guilds and players that have the means to invest the most in in-game purchases.

Despite YGG’s huge promise, stewarding such organizations is not all fun and games. Sasuke says that the rapid proliferation of play-to-earn projects dilutes the quality of the games being built and attracts nefarious actors to the space. Gamers can often become emotionally invested in the games they play even if no money is involved. In some cases, developers have scammed players and investors, causing damage to the entire scene.

Sasuke also thinks that regulation is a potential risk for the sector. “Intrinsically there’s nothing really wrong with regulation, as long as it’s done in a way that doesn’t destroy the whole ecosystem,” he says, explaining that while he’s not particularly worried, he remains cautious of possible regulatory developments.

Yield Guild Games is the first project of its kind in the space, but it’s unlikely to be the last. As the play-to-earn gaming scene evolves, gamers and investors will also start to evolve, finding more innovative ways to win and earn from gaming. It’s currently the largest DAO and gaming guild in the play-to-earn scene. However, as competition ramps up, it’s not unlikely that other communities will adopt the same mindset and iterate on YGG”s idea to compete for ultra-scarce real estate in the Metaverse. Let the games begin.