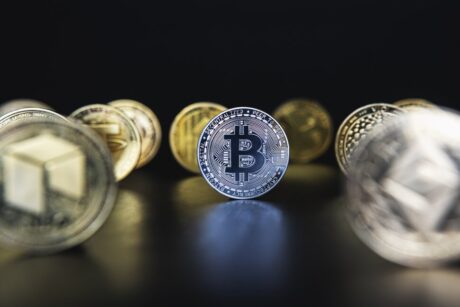 Bitcoin has not had the best couple of things and altcoins have been subjected to the same fate too. The market has continued to succumb to pressure being mounted by various social issues, from the Canada protests to the brewing conflict between Ukraine and Russia. In all of this, however, bitcoin has mounted better resistance and this is apparent in the data.

Bitcoin Holds Ahead Of Indexes

Bitcoin has once again proven to be the best bet when the market is in turmoil. With the recent downtrend, all of the indexes have suffered, just like bitcoin, but the latter has held up better in the face of adversity. While some of the indexes have recorded double-digit losses, BTC remains the top performer with only a 4% loss, a small value given that the net best-performing index saw losses twice as large.

The Large Cap Index which is known for holding up to macro turmoil and usually seen as a safe haven for investors returned 8% in losses, double that of bitcoin. As for the Mid Cap Index, there was more bad news to be had with losses running into the double-digits. In total, this index which comprises some fast-rising projects in the crypto space saw 14% losses.

BTC ahead of indexes in monthly performance | Source: Arcane Research

The Small Cap Index is naturally the worst-performing candidate in times like these. These altcoins that are still carving a niche out for themselves always get hit the hardest, losing more than twice the value lose by lead digital assets. This time around, the index was on par with the Mid Cap Index, once again returning 14% in losses as of February 2022.

As mentioned above, the Small Cap Index was among the worst hit in the market. The altcoins which make up these indexes are usually the smallest coins and thus, the riskiest plays given that in times of slight-to-safety periods, investors tend to move holdings to the bigger coins to reduce their risk in the market.

This flight-to-safety has seen investors moving to assets like bitcoin and those in the Large Cap Index. However, the obvious winner of this market is the stablecoins which have continued to gain market share.

These stablecoins which are pegged to the US dollar and are not as volatile as the rest of the market have presented a safe haven for investors who want to ride out the market but do not yet want to convert their holdings to fiat. With this move, stablecoins are now dominating a larger market share as three assets are now in the top 10 cryptocurrencies by market cap, namely USDT, USDC, and BUSD. Together, these three digital assets now account for 9% of the total crypto market cap.