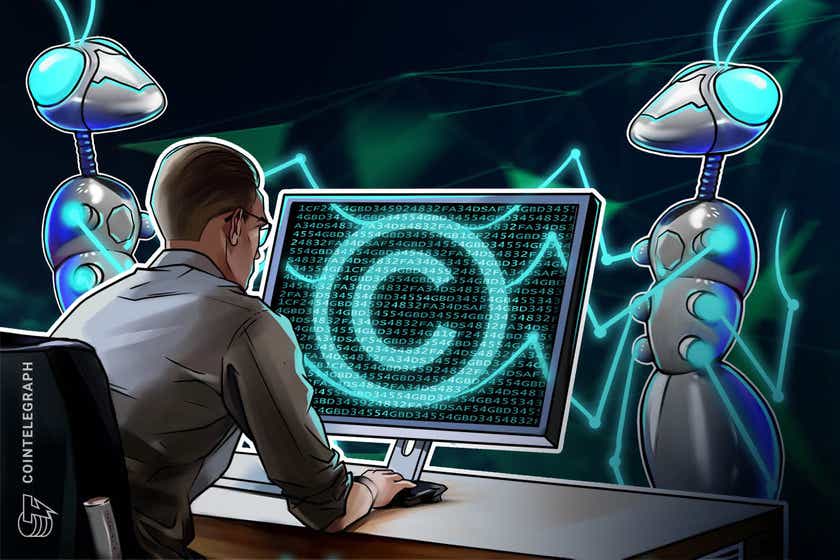 Although the collection is no longer deemed authentic by Larva Labs, its creators alleged sold 210 ETH worth of CryptoPunks V1 when the wrapped versions first gained traction.

During its initial release, 10,000 CryptoPunks were sold and made it to the secondary market before users discovered a critical smart contract exploit that made it possible for Punks’ buyers to withdraw their Ether (ETH) post-purchase. As a result, creator Larva Labs withdrew recognition of the V1 collection, fixed the exploit, and released the V2 Punks collection we have now. Though, they’ve also sent mixed messages about the collection by selling off dozens of their own V1 Punks.

The battle over the copyright of the CryptoPunks V1 collection is heating up as the images recently gained in market value, with Larva Labs filing a DMCA take-down notice to OpenSea and members of the V1 community striking back with their own. To complicate the matter, Larva Labs purposefully coded the smart contract to be irrevocable, and one collection (V1) could not have been destroyed without also eliminating the other (V2). The topic remains deeply controversial within both communities.

With the help of CryptoPunks V1’s community admin, @irishnftgal, Cointelegraph spoke to Brittany Kaiser, co-founder of Own Your Data. In late Jan 2022, Brittany bought a v1 CryptoPunk on OpenSea, which she believes is a “true piece of NFT history” produced by Larva Labs as one of the first punks avatars:

“I was excited to hear that a group of crypto activists and brilliant developers, some of who call themselves “NFT archaeologists,” decided to build an ERC-721 wrapper to make the original V1 CryptoPunks token contract tradable on modern NFT marketplaces.”

According to Brittany, she was “shocked and dismayed” to discover that after Larva Labs profited from selling about 40 wrapped CryptoPunks V1 on Opensea for 210 ETH, its creators allegedly turned around. Instead, they took deliberate action to undermine the authenticity and traceability of the very same CryptoPunks V1 collection. “The founders have said publicly for years that these tokens are part of the original,” says Brittany.

Brittany thinks the best outcome for Larva Labs would be to “take responsibility and ownership of these blockchain assets” that they put on the market. “Revoking the DCMA would be a good start, and a public apology would be even better,” she says.

Efforts from the V1 community to make themselves heard have fallen on deaf ears among many members of the V2 community. In its official Discord, user lookinrare#0911 wrote:

“I mean, we can call them a gamble, but at the end we always knew V1 [punk] were not legit punks; they were simply artifacts that led to the creation of punks. So they have a place in history, but I doubt that place is worth 1k ETH, lol.”

“I think Larva Labs should aggressively attack with litigation. V1s have been suffering ever since. Their floor price is down to 9 ETH, and hardly anyone is talking about them anymore. I do think the misinformation issue has taken another wrong step now. They changed their name to ‘CryptoPunks V1’ from ‘Wrapped V1 CryptoPunks’. This is a blatant attempt to mislead people.”

Issues regarding the authenticity of the collection aren’t simply about the philosophy of NFTs; they have ample financial consequences. On the one hand, efforts to delegitimize the V1 collection have, in the past, caused their floor prices to fall, leading to devastating losses among V1 owners. But on the other hand, legitimizing the V1 collection would suddenly increase the total supply of CryptoPunks from 10,000 to 20,000. This would decrease their scarcity and potentially cause the price of V2 punks to decline, albeit to the joy of V1 punk owners, who will potentially see the price of their NFTs increase due to newfound recognition.