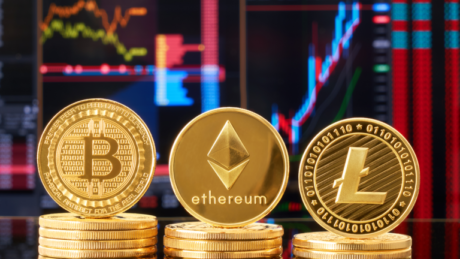 Bitcoin dominance is soaring as the overall crypto market bleeds. The current macro conditions have forced investors to take refuge in BTC and stablecoins.

Bitcoin dominance has been on the rise since May this year after moving sideways in previous months. The metric, used to measure the percentage of the crypto market cap formed by Bitcoin, stands at 47% approaching levels last seen in November 2021.

BTCD on the rise in the 4-hour chart. Source: BTC Dominance Tradingview

During this period, BTC’s price took a final move to the upside and reached $69,000 before an overall market crash took it to its year-over-year low at $24,000 in May 2022. According to a recent report posted by Arcane Research, dominance across BTC, USDT, and USDC hints at a de-risking market:

Currently the combined dominance of BTC, USDT, USDC, and BUSD sits at 59.2%, which is the highest dominance seen by this “flight to safety bundle” since early April 2021. 59.2% is still 5-10% shy of the dominance throughout most of 2020.

At that time, Bitcoin dominance alone sat north of 60%. The boom in non-fungible tokens (NFTs), rise in popularity of decentralized finance (DeFi) protocols, memecoins like DOGE and SHIB, contributed to the decline in this metric and drove the total market cap for cryptocurrencies to above $2 trillion.

Arcane Research added that Bitcoin, Ethereum, and popular stablecoins have over 77% of crypto market cap dominance. This hints at a bleak picture for altcoins as investors attempt to preserve wealth from further downside.

Bitcoin, stablecoins, and Ethereum dominance are on the rise. Source: Arcane Research

What once were hot sectors in the crypto space, NFTs and DeFi protocols, took the biggest hit in the current drawdown.

As seen below, NFT collections like Bored Ape Yacht Club (BAYC), and CryptoPunks, along with Solana (SOL), Avalanche (AVAX), Yearn Finance (YFI), and Terra (LUNA Classic) have been the biggest loser in past months. The losses go from 100% to 58% in the best of cases.

The above suggests traders might consider leaving the altcoin market until conditions favor them again. In the meantime, Bitcoin dominance could continue its uptrend and return to its 2020 above of 60%.

In addition, BTC’s price could see some relief after a week of crab-like price action. On this note, economist Michaël van de Poppe said the following, with a more optimistic prediction for altcoins during June:

Easy, the odds for a relief rally this month are increasing as #Bitcoin recovered this entire move. Altcoins on the daily timeframe is also starting to look better. This could be a relief rally of 50-100% on them. Be ready.