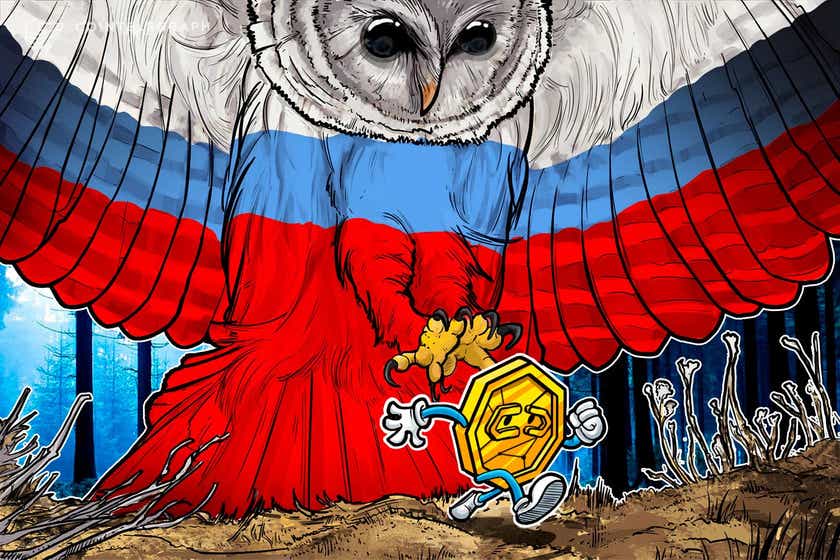 Cryptocurrencies can potentially cause “significant erosion” to Russia’s tax base, Egorov argued in a Monday interview with the local publication RBC.

But cryptocurrency transactions are still traceable and should be reported, the official said, adding that the FTS is ready to deploy automated tracking systems to process big data volumes.

“When you get into the digital space, you still leave a trail somewhere. And it’s a matter of time before this trail is identified,” Egorov declared.

The official also noted that the FTS is now coming up with ways of responding to crypto tax evasion practices as the authority looks to curb such activity rather than just to identify it. “We would like to find solutions that shut down a problem as a phenomenon rather than just identifying actions by a specific player,” Egorov added.

The news comes shortly after the Bank of Russia last week proposed to introduce criminal liability for “illegal circulation of digital financial assets” as part of the country’s financial market goals for 2022 and the period of 2023-2024. As part of the proposal, the central bank is looking to establish the cryptocurrency taxation procedure.

The Russian State Duma approved a bill on cryptocurrency taxation in the first reading in February 2021, requiring residents to report crypto transactions of a total amount exceeding $7,800 per year. In order to move forward with the second reading, lawmakers decided to assign a responsible committee, the State Duma Committee on Budget and Taxes, in mid-October.

According to Sergei Khitrov, founder of the Russian cryptocurrency event Blockchain Life, Russian crypto businesses could potentially generate as much as $4 billion worth of taxes per year. According to him, the local crypto community has so far demonstrated a “complete failure” to understand how to pay taxes on crypto.

The news comes as American lawmakers fight back against changes to tax reporting rules for crypto transactions over $10,000 in the newly passed infrastructure bill. The bill was initially approved by the Senate in August, which was met with a proposal for a compromise amendment by a group of six senators, including pro-Bitcoin (BTC) Senator Cynthia Lummis