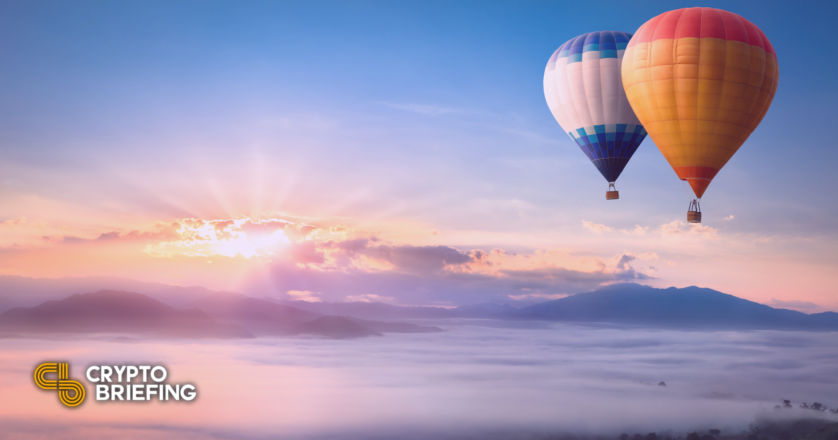 Cosmos and Elrond are soaring despite a decline among the leading crypto assets. ATOM and EGLD are up 13.6% and 15.7% respectively today.

Cosmos and Elrond have both posted double-digit gains today. Elrond’s EGLD posted a new all-time high.
Many other assets including Bitcoin and Ethereum have suffered from a decline over the last few days.
The Ethereum competitor Avalanche rallied over the weekend, fueling intense discussions between Su Zhu and various other key players in the space.

Cosmos and Elrond are outperforming the rest of the market.

While Bitcoin and Ethereum are down today, several other assets are rising fast.

Cosmos and Elrond are among today’s biggest gainers, with ATOM and EGLD both up despite the overall market decline. According to data from CoinGecko, ATOM has risen 13.6% in the last 24 hours, while EGLD has put in a 15.7% gain.

Elrond, one of several Layer 1 tokens in hot demand, hit an all-time high of $492.24 earlier today. Elrond markets itself as a highly-scalable blockchain platform for running smart contracts like those found on Ethereum. On Saturday, the Elrond ecosystem saw the launch of the Maiar decentralized exchange, which may explain the rally. It jumped to over $1 billion in total value locked on the day of launch, and Elrond noted that 2.93 million EGLD had been staked on Maiar earlier today.

Cosmos, meanwhile, is often described as a Layer 0 network because it connects multiple blockchains within its ecosystem. Terra, Kava and THORChain all use the Cosmos SDK; their supported tokens can be exchanged between blockchains on Cosmos. Self-described as “the Internet of blockchains,” Cosmos is focusing on enabling cross-chain interoperability between various networks.

Besides Cosmos and Elrond, the so-called “Metaverse tokens” SAND and MANA are also up today, continuing a rally that started when Mark Zuckerberg announced Facebook’s rebrand to Meta last month.

While many leading assets have recorded losses over the last few days, some other lower cap coins have shown strength against the market dip. Avalanche, a competitor to Ethereum, saw its AVAX token record another new all-time high of $144.96 Sunday during a weekend of intense debates surrounding the Avalanche blockchain and Ethereum between some of the industry’s most prolific figures. Central to the drama was Three Arrows Capital CEO Su Zhu, who publicly shared optimistic price targets for Ethereum ahead of EIP-1559 launching but has more recently turned his focus to Avalanche (Three Arrows Capital announced it had co-led Avalanche’s $230 million raise in September).

Zhu engaged in a heated discussion with Synthetix founder Kain Warwick, who posted a tweet noting that he had observed many crypto enthusiasts that had “sold out in pursuit of profit maximization.” Zhu later wrote that he had “abandoned Ethereum” and that Ethereum had “abandoned its users.” He argued that the cost of using Ethereum had priced out newer entrants, thereby making cheaper solutions like Avalanche viable alternatives. “The idea of sitting around jerking off watching the burn and concocting purity tests, while zero newcomers can afford the chain, is gross,” he wrote. Several developers working on Ethereum and projects in the Ethereum ecosystem publicly criticized Zhu for his comments. Zhu also posted price charts highlighting Avalanche’s parabolic rally throughout the weekend then apologized for his statements on Ethereum. Elaborating on his concerns with Ethereum’s gas fees, he wrote:

“I don’t know what the solution is. But I do know for the millions of new users coming, they should not be shamed for going to other ecosystems. Neither should devs be shamed for building on them.”

Disclosure: At the time of writing, the author of this feature owned ETH, ATOM, and several other cryptocurrencies.