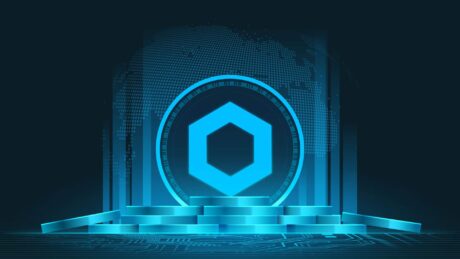 Following the release of its staking roadmap, Chainlink’s LINK native token performed quite impressively. First, it released its long-awaited roadmap revealing various phases it will go through. Recently via blog post on its official website, Chainlink cited “Chainlink Economics 2.0.”

The blog highlighted the aim to implement crypto staking to scale the network. While doing so, the post emphasized that the data oracle is planning to collaborate and accept other blockchains to offer “growth and security.”

Staking the LINK token has been a high-demand feature for some years now. This is due to Chainlink being the biggest data oracle provider in the deFi ecosystem.

Chainlink even Tweeted about its preparations for implementing the ‘Chainlink Economics,’ referenced in its official blog post.

The announcement on its blog explained that the main vision of providing staking is to enable both community members and node operators to boost the platform’s user assurances and security guarantees of the oracle services. They will do so by staking their LINK tokens.

Furthermore, nodes stand higher chances of receiving jobs and better payments by staking their coins on the network. All the same, the ecosystem will flourish as the user assurances and crypto-economic security increase.

Besides that, staking rewards users for providing valuable data. It also enables the platform to introduce a penalty mechanism designed for underperforming nodes which don’t provide accurate oracle reports or deliver them to their destinations at the right time.

Then, the platform can generate long-lasting rewards from consistent and long-term use by staking the LINK tokens. Chainlink anticipates sustainable growth from a large portion of the staking returns from “non-emissions-based sources.”

Howbeit, the full implementation of the development will be slow, the same way its data oracle grew from a single feed to the thousands it has now. Nevertheless, Chainlink hopes to deploy the v0.1 later this year before it transitions to v1 and v2, providing more challenging security and advanced features.

In response to the release of the staking roadmap, the LINK token leaped by over 18% during the day before correcting back by 12%. The LINK token is trading at $8.78, a gain of around 9.96% on CoinMarketCap.

Regardless of the price rally, the token appears to be on a longer-term downtrend trend. Currently, the LINK token records an 84% decline from its All-Time High (ATH) price of $52.70 in May 2021.