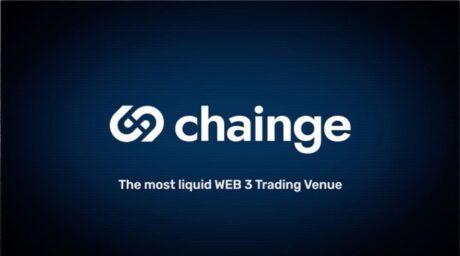 In early 2009, Bitcoin trading was peer-to-peer, initially via PayPal. However, it only took a few months before the first ramp was launched. Mt Gox and earlier variants were, as expected, rudimentary and centralized. Fast-forward less than a decade later, and crypto trading is a vibrant industry with billions moved every day.

Exchanges are critical channels for moving billions of assets between users and chains. As the industry expands and crypto finds adoption, their role will only be magnified. This rise is especially when decentralized finance (DeFi) is at the fore, dangling irresistible offers.

DeFi and the Role of Liquidity Aggregators

DeFi is, as the name suggests, decentralizing finance using smart contracts, allowing users from across the globe to access funds. Exciting as it may be, there must be reliable ramps with acceptable levels of liquidity for smooth trustless swapping of tokens.

Decentralized exchanges (DEXes) are launched from leading smart contracting platforms like Ethereum and the BNB Chain and have relatively high levels of liquidity. However, since there are more than a dozen blockchains with active crypto projects whose tokens command hundreds of millions in market cap, most traders have been manually hopping between exchanges or using liquidity DEX aggregators.

Nonetheless, while liquidity aggregating DEXes play a massive role in DeFi, most are single-chain and a few multi-chain, allowing its users to bridge their assets, but none have cross-chain aggregation capabilities. As a result, traders receive fewer tokens than they would if they could access liquidity on multiple chains at the same time… Oh, wait. Now they can.

Swapping tokens via Chainge Finance is non-custodial and offered through a simple-to-use mobile interface. The platform also features useful asset management tools used by over 400k users for a combined TVL of more than $160 million and a total aggregated liquidity of over $40 Billion. Distinguished tools available in Chainge Finance include a spot, futures, and options DEX, universal digital assets with cross-chain roaming capabilities, a time-framing module, and more.

Every order initiated from Chainge Finance will be queried in all 20 supported DEXes and “crawled” for the best prices. Once the chords are struck, the order is split across multiple liquid chains for the trader to receive the best prices. The part taken can be conveniently viewed in the app’s order details section.

Chainge Finance does this through its proprietary smart-router that leverages DCRM technology and a swap pathfinder algorithm. The Smart Router tool searches integrated DEXes across multiple chains for the best rates for lower slippage while also establishing a route for a swift settlement.

When a user wants to swap token A for token B, the smart router will query the DEXs and determine real-time liquidity for the A/B pair in all DEXs on each chain.

Taking gas cost into consideration, the smart router will return the best route to execute the order.

After the user places the order, the following steps will be executed:

Token A is wrapped into the fusion chain (no matter what chain token A is on)
The transaction to burn all token A universal assets on fusion is signed
The burn receipt is used to call different proxy swap smart contracts on each chain to use token A on those specific chains to execute the swap.
Within the slippage margin, the swap order will be executed.

NB: If the slippage margin is exceeded, the swap deal will be only partially completed and the user will immediately get the remaining portion of A tokens back.

This use case should render obvious the huge advantages of using the Chainge Finance cross-chain liquidity aggregator aka the most liquid DEX on the market.

Notably, Change Finance’s DCRM Technology is patented and developed by Fusion Foundation in partnership with some of the world’s leading security and cryptography experts, including Louis Goubin, Professor of Computer Science at the University of Versailles, and Pascal Paillier, Ph.D.

Chainge Finance has already integrated with more than 20 DEXes and 1 aggregator across 9 popular blockchains, (with lots more to be gradually added). For example, on Ethereum, Chainge Finance integrates 1inch, Uniswap and SushiSwap. Meanwhile, in the Cronos blockchain, they have chosen VVS and Cronaswap.

This DeFi protocol is well-thought-out and is a cut above the rest. It is purposefully designed to resolve existing pain points of inconveniently low liquidity resulting in unfavorable swapping rates as well as eliminating the need to use cross-chain bridges.

Ultimately, Chainge Finance has designed a platform where traders can confidently swap cross-chain assets at the best swapping rates in highly liquid environments and manage their crypto assets backed up by top-grade security protocols.