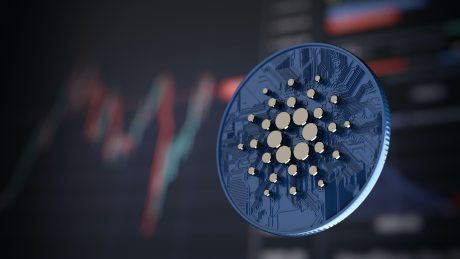 Cardano successfully deployed the Alonzo Hard Fork Combinator over a month ago, which has no doubt been one of the most important upgrades to happen on the network Alonzo HFC brought with it smart contracts capability on the network and with this came decentralized finance (DeFi) services to the ecosystem. Developers could now develop and deploy decentralized applications (DApps) on the Cardano blockchain.

This provided a boost for the network and Cardano continues to work with developers to get their DApps deployed on the blockchain. After this milestone, a question on the minds of supporters has been, ‘What’s next?’ With the Alonzo HFC operating as intended, the developers behind the blockchain can now move to the next phase. This phase is referred to as the Babbage era.

Related Reading | Cardano Loses 3rd Spot On Crypto Top 10, Why It May Drop Even More

The Next Big Step

Kevin Hammond, software engineer at Input Output gave an update on what the developer was working on next. Hammond revealed that IOHK was moving into what they referred to as the Babbage era. This phase which is named after Charles Babbage, the mathematician credited as “the father of the computer”, is meant to smooth out any wrinkles that may be leftover after Alonzo.

IOHK will roll out various performance improvements on the blockchain in this phase. These, Hammond said, are improvements which the developer had been working on for some time but had not yet launched.

The developer intends to improve the sinking speed, and in addition, will address performance issues that operators have pointed out since the Alonzo HFC has been in operation. This part is important in ensuring that users of the network have a smooth experience when carrying out activities on Cardano.

Realizing The Best Of Cardano

The Plutus Language on the Cardano network is also getting an upgrade. Hammond revealed that the developer was planning on improving the language by introducing a new Plutus Language version on the blockchain. The Plutus script-specific aspects of the network will be improved to allow for a faster and increased volume of transactions in each block.

This new Plutus version will feature additional features which were created due to demand from the user base. Since the network has seen increased activity from the developer-side, it has also come with various requests on the things that they would like to see the network do.

On the decentralization side, Hammond talks about the network’s plans to further decentralize the blockchain. The software engineer didn’t give many details on this, but this will likely be a situation where Cardano puts the community more in control of what happens on the network. The revelations from Hammond are evidence of the fact that IOHK is continuing its work to make the blockchain the best it can be.