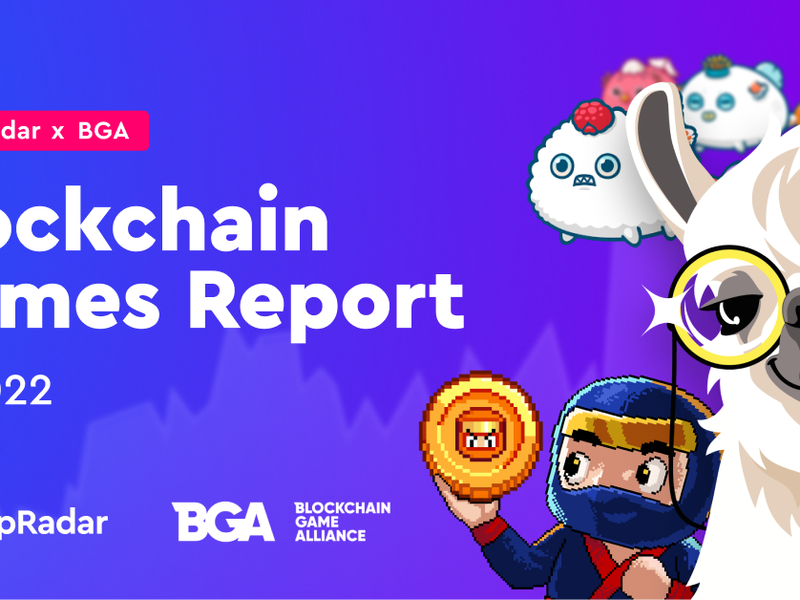 Blockchain-based game playing increased 2,000% since Q1 of 2021, equating to 52% of all blockchain activity, according to the recent DappRadar x BGA Games report.

Blockchain games attracted 1.22 million unique active wallets (UAW) in March of this year, with Axie Infinity being responsible for 22,000 of those in spite of the $615 million Ronin Bridge hack.

A rise in popularity of play-to-earn NFT games on Ethereum sidechains has been a big contributor to growth, with platforms like Crazy Defense Heroes, Pegaxy, Arc8, and Aavegotchi spurring a 219% increase in Polygon’s gaming activity since the start of 2022.

Activity on the likes of BSC and Ronin, on the other hand, has dropped off since the end of last year as users attempt to minimize risk on more volatile chains.

Across the sector, a total of $2.5 billion of funding was raised in Q1 of 2022, up 150% from the year-ago quarter. Animoca Brands was among those with investments, raising $360 million at a $5 billion valuation as it cements itself as one of the leading Web3 brands.

Sign up for Valid Points, our weekly newsletter breaking down Ethereum’s evolution and its impact on crypto markets.