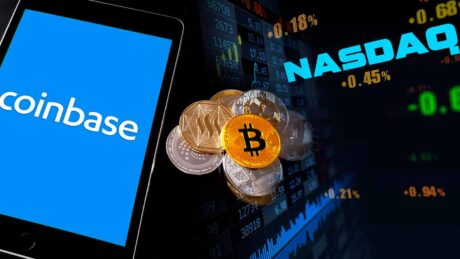 Bitcoin Worth $1.2B Left Coinbase In Sign Of Continuous Institutional Adoption

Despite the four-month bearish price action, institutions continue to pile drive bitcoin, which might have scared away retail leverage traders. This is because institutions are focusing on longer-term horizons and see the potential for big profits in BTC’s growth over time.

The recent large outflow of coins from the U.S.-based crypto exchange Coinbase is evident, according to blockchain analytics firm Glassnode.

The recent highly volatile markets have sent bitcoin prices tumbling, with a total of 31,130 bitcoin leaving Coinbase last week. This is the highest single-week outflow since 2017, data tracked by Glassnode.

Large outflows like this one are actually part of a consistent trend in the Coinbase balance, which has been stair-stepping downwards over the last two years. As the largest exchange by BTC balance, and a preferred venue for U.S.-based institutions, this further supports the adoption of bitcoin as a macro asset by larger institutions.

The crypto markets have experienced drought over the past week. The Nasdaq-listed exchange’s holding in bitcoin has dropped a four-year low of 649,500 BTC for just the second time since 2018. In addition, the amount of bitcoins held by all centralized exchanges has decreased to 2,519,403 BTC, the lowest number since November 2018.

The Coinbase withdrawal may be driving up the price of Bitcoin. The declining exchange balance means fewer coins are available for liquidations on exchanges, which could lead to an increase in demand and push prices higher still – especially since those withdrawals have moved into largely inactive wallets.

If we look at the Illiquid Supply Shock Ratio (ISSR), we can see a significant uptick this week. Suggesting that these withdrawn coins have been moved into a wallet with little-to-no history of spending.

The ISSR is on an upwards trend, suggesting that these withdrawn coins transferred into a wallet with little-to-no history of spending.

The current amount of supply held in Illiquid wallets is 3.2x larger than Liquid and Highly-Liquid combined. Meaning that many coins are still trapped there despite the recent bear market conditions. A similar metric to what we saw during the 2018 – 2020’s bear market.

Major cryptocurrencies registered mostly small losses on Monday. As the European Parliament’s Committee on Economic and Monetary Affairs voted down a bill. That bill could have outlawed proof-of-work in EU territory.

The markets were volatile yesterday as investors waited to hear what the Federal Reserve would do with today’s policy meeting. The NASDAQ100 fell 2%, while SPX500 Index dropped 0.75%. DJ30 closed flat following these declines in stock prices.

The crypto market experienced a mild correction, with Ethereum, BNB, Solana, and XRP losing 2%. Bitcoin also fell slightly 1.6% in value and trading under $40,000 at the time of writing.