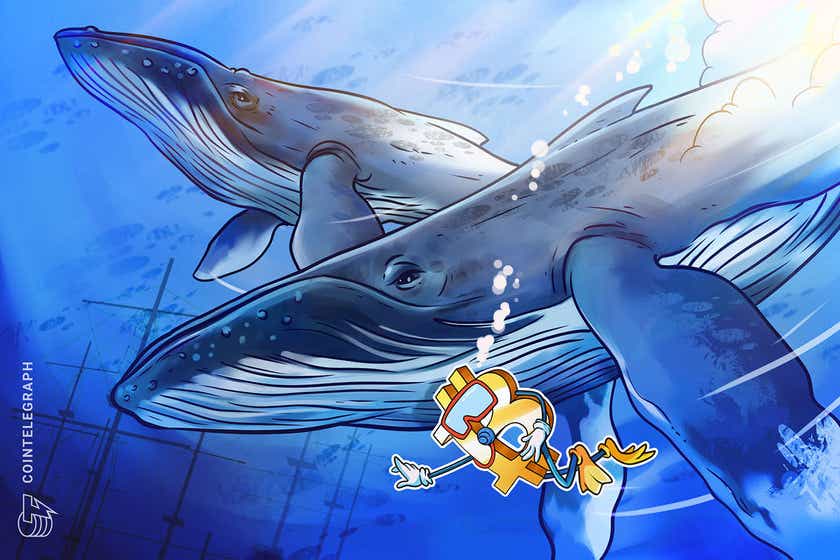 Bitcoin (BTC) is still seeing a supply squeeze despite a significant uptick in whale selling on exchanges this week.

As confirmed by on-chain monitoring resource CryptoQuant on Nov. 5, whales have accounted for the vast majority of selling pressure in recent days.

A familiar event but with curious timing — large-volume holders are “dumping” BTC on the market, but at or near April’s all-time highs.

Despite seemingly unanimous consensus among traders and analysts that the bull run is far from over, whales appear eager to divest themselves of their holdings.

“Most BTC exchange deposits are coming from whales,” Ki Young Ju, CEO of CryptoQuant, said as part of comments on Nov. 5.

An accompanying chart of the exchange whale ratio — the top ten inflows to exchanges relative to overall inflows — showed a clear increase from the middle of October onwards.

Nonetheless, a dichotomy exists — whales may be selling, but overall, the BTC balance across exchanges continues to decrease.

Appetite among buyers is rising to meet seller supply, and this accounts for the relative stability in BTC price action over the week, Ki argues.

“Bitcoin holds support above $60k in spite of whale dumping… Exchange reserve is decreasing, leading to less supply on exchanges,” he added.

Separate figures from data firm Coinglass shows Binance to be an exception to the trend on Nov. 5, its reserves up 2,141 BTC in the 24 hours to the time of writing. This, in itself, however, is not unusual, as Cointelegraph reported last month.