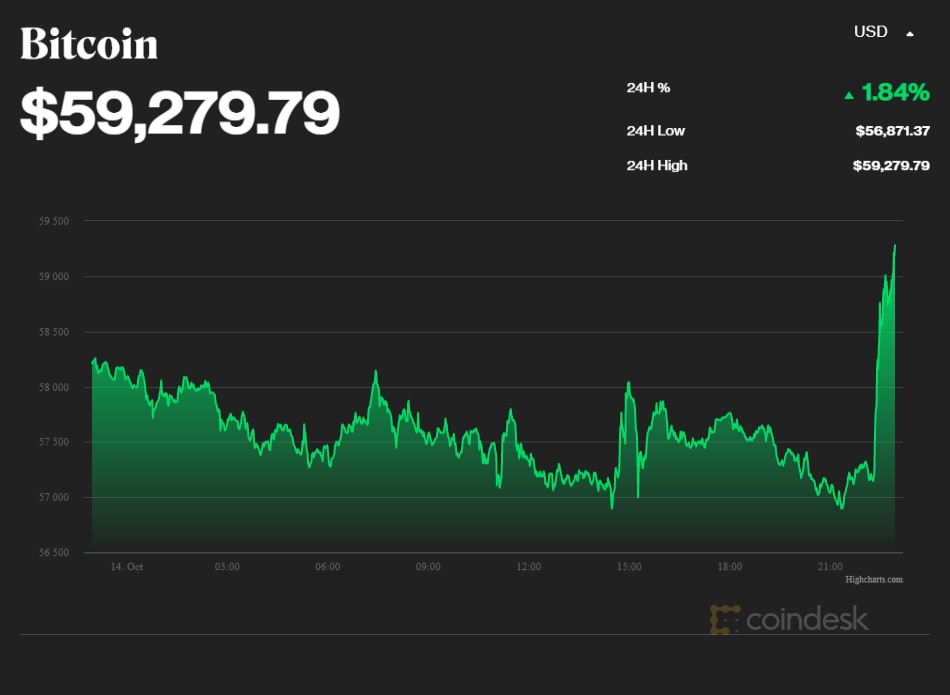 The top cryptocurrency was up 3.5% in less than an hour, nearing $60,000 for the first time since May, according to CoinGecko.

The SEC is reviewing around 40 bitcoin ETF filings with multiple decision deadlines on futures-linked products hitting next week. According to Bloomberg, the regulator is expected to approve at least some of them, clearing the way for trading to begin.

The SEC does not need to take any formal action to approve the filings. Under federal law, applications can become effective if the SEC allows a mandated deadline to pass by without requesting changes or directing the aspiring issuer to pull the filing.

Bloomberg named applications by ProShares and Invesco as two proposals that may be allowed to launch under this law next week.