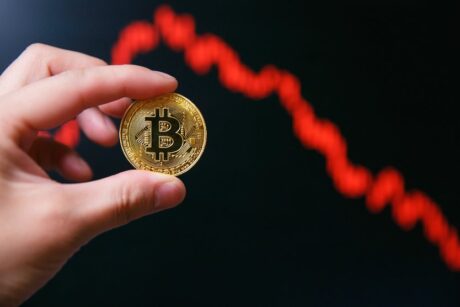 As traders buckle down for the weekend, Bitcoin prices ushered in Friday’s session rather sluggishly.

The price of Bitcoin decreased on Friday after U.S. CPI data revealed that inflation was not abating.

Suggested Reading | Ethereum Prices Down For 4th Straight Session As ETH Trades Below $1,800

In contrast to forecasts, the U.S. CPI increased last month, as indicated by the data. BTC fell by 1.6% in the minutes following the release.

BTC prices continue to trade below this week’s resistance level of $30,500 and have inched closer to the $29,500 support level.

BTC traders have experienced a consolidation between $32,000 and $28,650 after the selloff in May pushed the BTC/USDT pair to a low of $26,350. As a result, the BTC price has oscillated within a range for about a month, signaling market participants’ uncertainty.

According to the U.S. Department of Labor, the CPI, the most commonly followed measure of inflation, rose 8.6 percent year over year in May, up from 8.3 percent in April. The market anticipated a reading of 8 percent.

In spite of negative macroeconomic market sentiment and systemic threats in the broader cryptocurrency market, Bitcoin has traded inside a narrow band of $28,000 to $31,000 over the previous 30 days.

In addition to rising interest rates, inflation, and the economic uncertainty that has plagued the entire financial system as a result of Russia’s unprovoked invasion of Ukraine, rising interest rates and inflation are also among the primary factors that have contributed to the negative market sentiment.

The world’s most sought-after crypto is down almost 65 percent from its all-time high, which was reached in the fourth quarter of 2017.

Despite recent losses, Bitcoin values are about 1 percent higher than they were a week ago, when they were trading for less than $29,000.