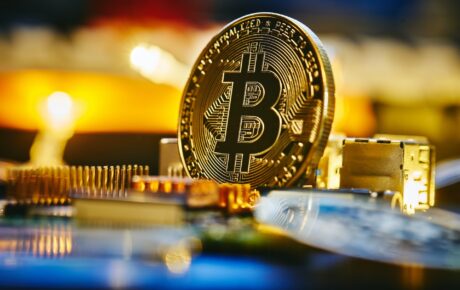 Bitcoin has been trading in the green over the past 24 hours as traditional markets see an overall recovery. The number one crypto by market cap experienced an increase in selling pressure over the past month as macro-economic conditions favored a decline in risk-on assets.

BTC moving sideways but with a slight uptick on the 4-hour chart. Source: BTCUSD Tradingview

Data from Material Indicators (MI) suggest support for Bitcoin below its current levels at lower timeframes. This could support bulls attempt to reclaim previous highs.

In higher timeframes, MI has also begun recording an increase in the number of asks (selling orders) above Bitcoin’s current levels. There are over $40 million in asks orders around $31,000, which could operate as major resistance for any move driven by the bulls.

Similarly, MI shows a slight uptick in selling pressure from large investors. As seen below, as Bitcoin moved into the mid $30,000, whales (in brown on the chart) began slightly unloading some of their BTC on the market.

Via Twitter, analysts at Material Indicators claim BTC’s price is getting ready for a big move. This usually follows a long period of consolidation which, at the same time, follows an important move to the upside or downside.

After weeks of moving sideways between $28,000 and $30,000, BTC’s price seems ready to choose a short-term direction. MI claimed the following warning traders about taking a long position when the price is reaching resistance levels:

BTC is poised for a bigger move. Before you ape in, remember how #crypto likes to squeeze shorts and trap longs. You can mitigate risk by waiting to confirm breakout or fakeout.

BTC’s price big move could come as soon as tomorrow, May 31st, as bulls and bears prepare to attack/defend the monthly close. $28,500 to $28,900 should operate as an important support in case of further downside.

As mentioned, Bitcoin must remain above $31,000 for at least one daily close before this level turns from resistance to support. Bulls should watch out for a potential dead cat bounce, a fake upside trend, which analyst Ali Martinez seems to believe is likely based on the TD Sequential indicator.

The TD has predicted the direction of #Bitcoin trend since May 20. It now presents a green 9 candle (sell signal) on $BTC 6hr chart. Similar price action could result in a drop to $29.5K or $28.6K. BTC must close above $31.2K to invalidate the bearish thesis and surge to $35K.