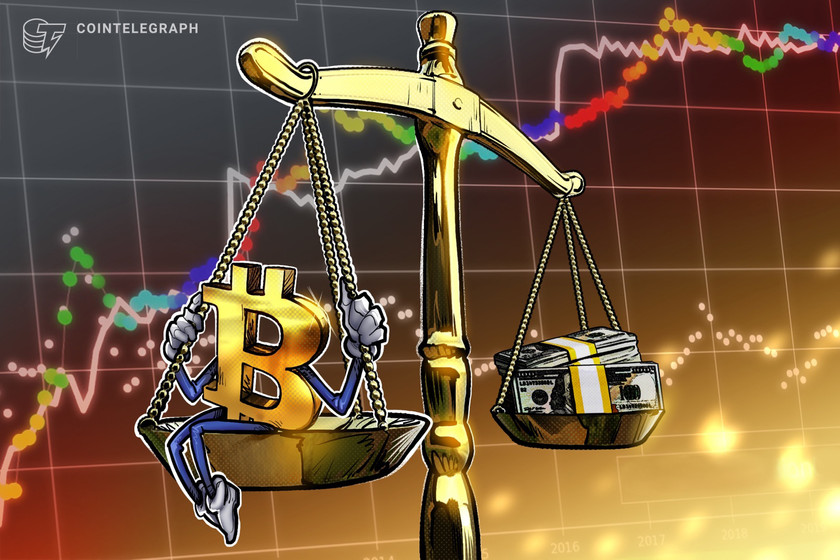 Business as usual for Bitcoin bull buyers continues out of hours Sunday, while price losses cool.

Bitcoin (BTC) prepared for its lowest weekly close of the month so far on April 10 after a week of disappointing losses.

Data from Cointelegraph Markets Pro and TradingView showed BTC/USD circling $42,700 Sunday with a matter of hours to go until the conclusion of the weekly candle.

The pair had fallen into the end of Wall Street trading Friday, while the weekend provided some nervous calm as $42,000 support remained intact.

For popular trader and analyst Rekt Capital, there was still cause for optimism despite the past seven days seeing losses of nearly 10%.

And vowed that you wouldn’t miss the next uptrend

Do yourself a favour

“Technically speaking, anything above ~$38000 is a macro Higher Low for BTC,” he had said Saturday.

Macro pressure had formed the backdrop to the gloomy mood throughout the week, as Cointelegraph reported, and concerns over U.S. dollar strength remained on the day.

“The moment the DXY is topped out (which could be soon), the next bull run will start. And that one is going to be an epic one,” Cointelegraph contributor Michael van de Poppe forecast, likewise adopting a more hopeful perspective.

In what was becoming a perennial source of optimism, Blockchain protocol Terra continued its BTC buys Sunday, with associated nonprofit the Luna Foundation Guard (LFG) adding 4,130 BTC to its wallet.

According to on-chain monitoring resource BitInfoCharts, the given wallet was the 19th largest in existence with a balance of 39,897.98 BTC ($1.7 billion).

Dogecoin cleans up among major altcoins

Altcoins were similarly flat on the day, with the top-ten cryptocurrencies by market cap moving no more than 1% up or down.

Compared to the same time last week, it was Terra’s LUNA and Solana (SOL) vying for worst performer, both nursing losses of around 18%.

Immediately outside the top ten, however, Dogecoin (DOGE) outperformed the rest once again, gaining 8.3% in 24 hours.

Maybe even an option to pay in Doge?

DOGE/USD reached $0.158, marking its highest since April 6 on the back of continued publicity from Tesla CEO Elon Musk. Among Musk’s suggestions over the weekend was Twitter, shares of which he purchased en masse last week, accepting payments in DOGE.